Time or Money: Which one is the path to a happier life?

'Time Can Make You Happier Than Money'* 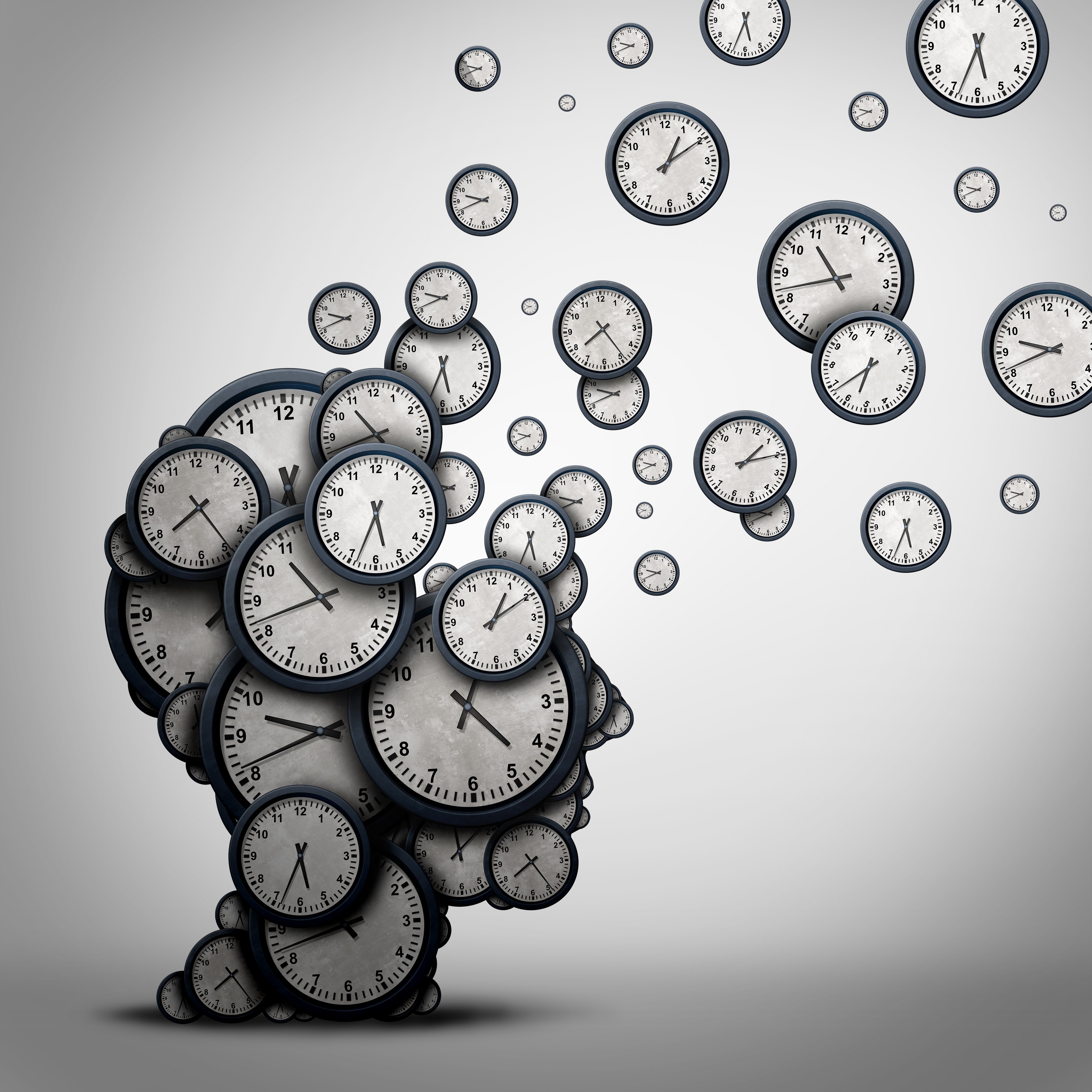 ‘People who value time over money tend to be happier, according to multiple studies. And new research in the journal Science Advances shows that this is particularly true as a person leaves college, facing weighty career choices while perhaps saddled with debt. Graduates who value time over money are more likely to pursue things they enjoy, including hobbies, social relationships, internships, and careers that provide intrinsic satisfaction rather than merely seeking compensation, the study suggests.

Researchers asked 1,000 graduating students at the University of British Columbia to rate how satisfied they felt with their lives overall, and the extent to which they had experienced positive emotions (like joy and happiness) and negative emotions (like sadness and stress) over the past four weeks. A year later, the graduates were surveyed again.

In both surveys, about 62% of them said they value time more than money, and those people were happier. Comparing the time-money trade-off to other well-established happiness factors, the researchers found that valuing time over money brought double the magnitude of happiness related to materialism in general and happiness known to accrue from high parental income. And while the study does not prove cause and effect, it suggests that valuing time over money can also predict how happy the graduates become as adults. The graduates in the study came from families with incomes ranging from low to high, but family socioeconomic status was not predictive of their tendency to prioritize time or money.

“People who value time make decisions based on meaning versus money,” says study leader Ashley Whillans, an assistant professor of business administration at Harvard Business School. “They choose to do things because they want to, not because they have to.”

It must be noted that the study surveyed students at the University of British Columbia in Canada. It’s unclear, without a separate study, how the results might be different among U.S. graduates. Whillans guesses — and she emphasizes that this is a guess — that what matters isn’t where students go to school but how much debt they graduate with. “If they graduate with more debt, they might feel happier in the short term valuing money more than time” and choosing a job to pay the bills, she says. “If they graduate with less debt, they might feel less happy in the short term valuing money more than time.”

Other research links time to happiness throughout adulthood. A 2016 study of 4,000 U.S. adults found that people who valued time more than money were “happier and more satisfied with life than the people who chose money,” even after the researchers accounted for differences in age, income, and the amount of time people spent at work or at leisure. In a Pew Research Center survey, when asked to rank various activities based on meaningfulness, people chose spending time with family, outdoors, and with friends as the top three, followed by spending time with pets, listening to music, reading, and religion. In eighth place: job or career.

Of course, reality forces everyone to place some value on money. “Work equals status in U.S. work culture,” Whillans says. “We are taught that time equals money, and financial insecurity makes us focus more on money and less on time.”

Money can buy some happiness — but only up to a point, research has shown. In the United States, the threshold is about $95,000. People making up to that amount annually tend to report being happier than people who make less. “Once the threshold was reached, further increases in income tended to be associated with reduced life satisfaction and a lower level of well-being,” researchers stated last year in the journal Nature Human Behavior.

Meanwhile, there’s no known ceiling on the happiness generated by a few hours carved out for friends and family or days of well-spent leisure time. Older adults seem to be wiser about this. “As people age, they often want to spend time in more meaningful ways than just making money,” Whillans says.

In this respect, the following words and sentiment by a young German executive rings so true: “Now it's all about Productivity, Pay, Performance and Profit- the four Ps- which is fuelled by the three Fs: Fear, Frustration and Failure. Just sometimes I wish that in the midst of these Ps (& Fs), there was some time left for another set of four Fs: Families, Friends, Festivals and Fun.”

Can we price everything, or are somethings in life just priceless?

In previous research, Whillans and a colleague, psychology professor Elizabeth Dunn at the University of British Columbia, found that buying time — such as paying for someone to cook or to clean the house — brings more satisfaction than buying stuff. In a survey of more than 6,000 people in the United States, Denmark, Canada, and the Netherlands, those who spent the most on time-saving purchases reported higher levels of life satisfaction.

With that knowledge in mind, the researchers gave 60 people $40 each to spend on a time-saving purchase one weekend, and another $40 to spend on a material purchase another weekend. No surprise, the people felt happier after buying some time. But in another survey, when working adults were asked how they’d spend a sudden windfall of $40, only 2% said they’d invest in time.

Perhaps that helps explain why Americans suffer from what Whillans calls a “famine of time.” The sense of “having enough time” is at an all-time low, she wrote earlier this year in the Harvard Business Review, adding that this feeling doesn’t just reduce happiness, it raises levels of anxiety, stress, and depression.

To reduce “time stress,” you need a change in mindset, Whillans advises. Start by making plans for free time. You may favor spontaneity, but lack of planning leads to wasted nights and weekends, she says.

Consider volunteering. “Even giving up a few hours of a paycheck to volunteer at a food bank may have more bang for your buck in making you feel happier,” Whillans says. Multiple studies have found that people who volunteer their time are happier, healthier, and live longer. One study even found that volunteering time makes people feel like they have more of it, perhaps because “giving away time boosts one’s sense of personal competence and efficiency,” the researchers speculate.

And get active. Hanging out with friends, exercising, heading to the mountains or the beach for a dose of awe, or doing just about anything physical “is profoundly better at combating time stress than passive leisure” such as watching TV, Whillans says.’

Can too much money, well above satisfying your personal and familial needs, make you happy? Perhaps not! See below! 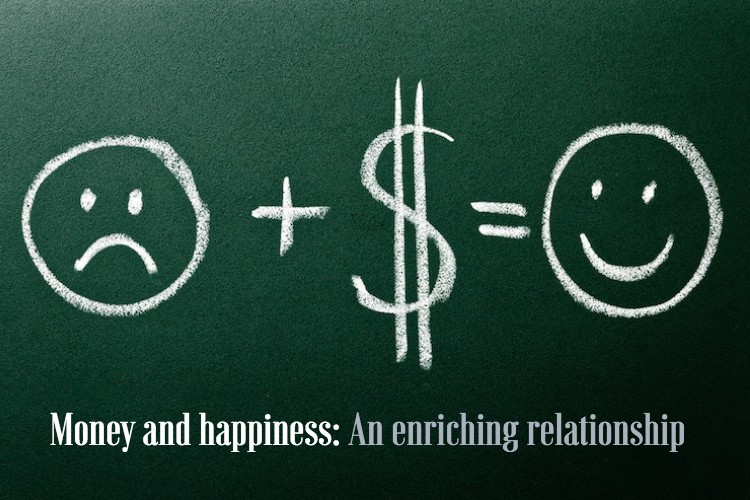 All these men learned well the art of making money but none of them learned how to live, commented the original compiler of this list. It seems that the business world (who should know better, given what was described above) has changed not one iota. For them economic growth, the corporate bottom line and the pursuit of self-interest are what matters most. More recent observations also show that the self-interested pursuit of wealth brings only misery. Since 1950  there has been much economic growth and wealth creation in the West, but also a tenfold increase in the incidence of depression and a massive rise in the number of people suffering from sub-clinical neuroses, anxiety and profound self-dissatisfaction, drugs and alcohol abuse, self-harm, suicide, and more…”

What a powerful and telling story! A lesson to all those who think that what matters most is money and money and loads of it.’... Continue to read

What are the true determinants of a happy and fulfilling life? 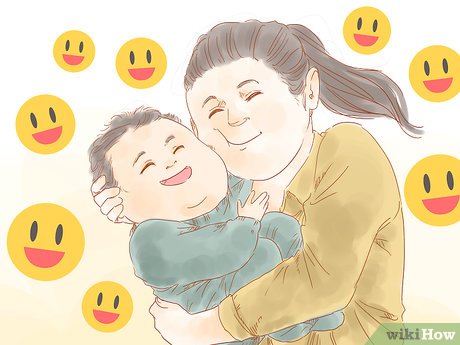 Happiness is to Do Nothing