Our society has lost the instinct for kindness- Julia Unwin* 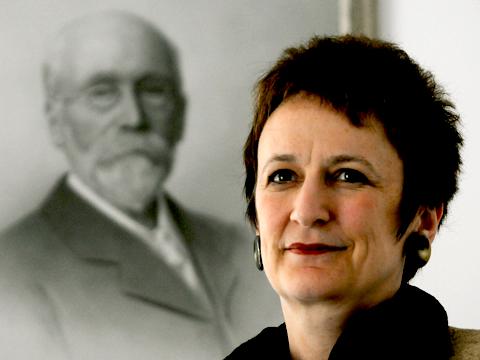 The Joseph Rowntree Foundation today (11 June 2009) publishes Contemporary Social Evils, which argues that a dangerous erosion of trust and culture of fear now pervades our society. Here foundation head Julia Unwin looks at how we can reclaim our values

The Joseph Rowntree Foundation says people are fed up with the status quo and are hungry for change.

Illustration: Louis Hellman, Via The Guardian

…’As a society, we appear to have lost the instinct for kindness and the willingness to extend the hand of friendship. Our responses to children, to older people, to strangers, are all conditioned by a concern not to offend and a fear of getting involved.

What does it mean to be kind? What is Kindness?

Our recent public consultation into the social evils of today highlights a real concern for the way in which society increasingly values people for their economic contribution, at the expense of kindness and compassion.

Mr Trump, we are not what we earn!

Some blame the nature of regulation – while providing protection for some, it seems to have intimidated the majority. Others feel there has been a general decline in values: individual advancement is seen as more significant than the ability to care for others.

Can Capitalism Survive Without Trust and Regulation?

Whatever the reasons, we are uncomfortable with the society we have created. The idea of the common good has been lost and Britain today is experiencing a severe social recession – the effects of which are far more devastating and long-lasting than any economic recession.

Why Love, Trust, Respect and Gratitude Trumps Economics: Together for the Common Good

Can there ever be a Compassionate Capitalism?

Why is Trust so Vital to Who we are and How we live our lives?

There is, however, light at the end of this very dark tunnel. Our study has shown that the people are fed up with the status quo and are hungry for change.

So, how can we go about making the changes we need?

We need to rediscover humanity in our communities. Solidarity is a term little used today. Yet across the country, people are taking on the challenge of climate change by working together to reduce their carbon footprints through recycling and growing and selling local produce. The same is true of those who help people in need, or who volunteer in hospitals and schools to make sure people in our communities are cared for and nurtured.

"In Search of the Virtuous Economy: A Plea for Dialogue, Wisdom, and the Common Good"

From allotment societies to arts centres, conservation groups to internet cafes, housing co-operatives to car clubs, civic society is showing itself to be adaptive and resilient. It is demonstrating that solidarity is a product of a more serious, more engaged political discourse that is willing and able to respond to the challenges of the 21st century.

Have We lost the Art of Knowing What it Means to Be Human?

In Praise of Generosity, Compassion and Kindness: Lessons of London 2012

Closely associated with this is the notion of hospitality, and the desire to create a world that is genuinely hospitable. A hospitable world is one that is a good steward of the earth, able to ration in the interests of generosity, not plunder in the pursuit of greed. It is a world in which the stranger is welcomed, the weak are supported and the dispossessed are empowered.

The Age Of Perpetual Crisis: What are we to do in a world seemingly spinning out of our control?

And finally there is civility. The generosity of spirit which allows for kindness, and politeness, that embraces difference without fear, and that genuinely sees an equality between people. Civility is at the core of an active, vibrant and welcoming society.

A New Decade and a New Vision for Education: Seizing the Moment, Realizing the Value of Values-led Civics Education

Without fear of being nostalgic, it is time to reclaim these values – the future of our society depends on them.’ 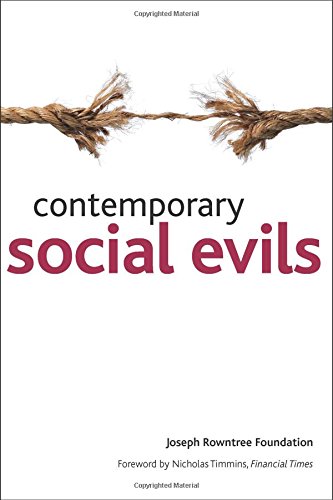 ‘Which underlying problems pose the greatest threat to British society in the 21st century? A hundred years after its philanthropist founder identified poverty, alcohol, drugs and gambling among the social evils of his time, the Joseph Rowntree Foundation initiated a major consultation among leading thinkers, activists and commentators, as well as the wider public. The findings have now been brought together in this fascinating book.Individual contributors range across the political spectrum but the book also reports the results from a web survey and consultation with groups whose voices are less often heard. The results suggest that while some evils - like poverty - endure as undisputed causes of social harm, more recent sources of social misery, such as an alleged rise in selfish consumerism and a perceived decline in personal responsibility and family commitment, attract controversy.’