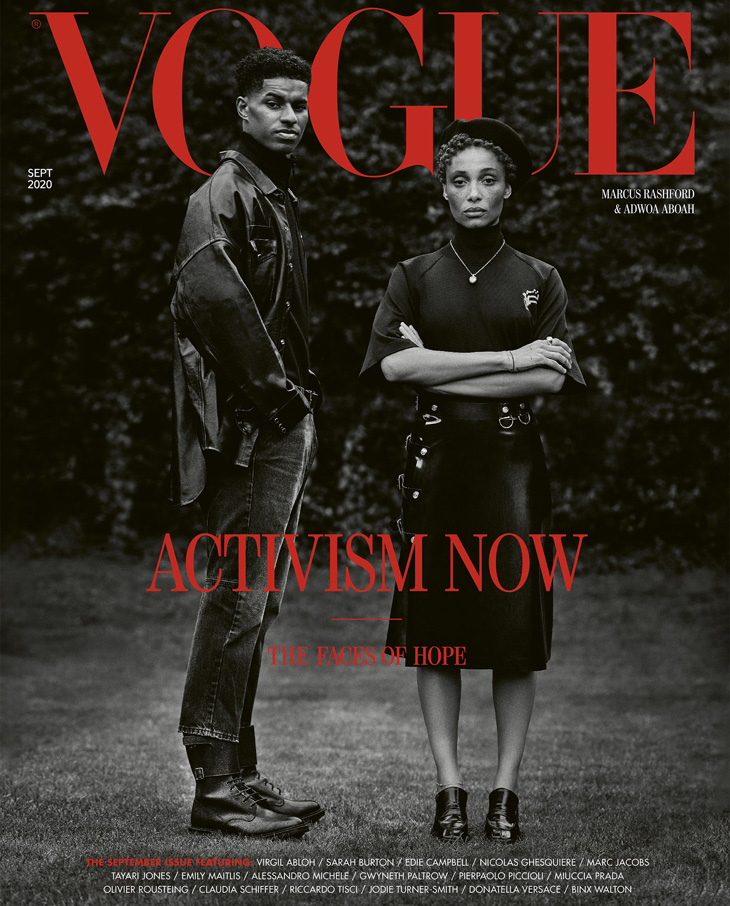 “British Vogue’s interpretation is an ode to the extraordinary voices, the majority of whom are women,

who have been critical to driving change forward.”

British Vogue’s editor-in-chief, Edward Enninful, said: “At its core, British Vogue’s September issue is our show of thanks, as well as a rallying cry for the future. When all is said and done, it’s clear that 2020 will be remembered as a tough year, but also as a moment of necessary change. One thing is for certain. The future starts now.”

“At 22, Marcus Rashford is a shining example of how to harness influence for good. When, earlier this year, the Manchester United and England footballer leveraged his enormous popularity to lobby the government to fund free school meals for vulnerable children during lockdown and beyond, he not only brought about a policy U-turn but united a country. Adwoa Aboah, model and leading mental health activist, travelled to Marcus’s garden in Manchester for their cover shot, and, in The Time Is Now, on page 218, the pair feature alongside 37 other phenomenal campaigners – photographed in 13 cities on four continents – who are shaping our times. At its core, this story is our show of thanks, as well as a rallying cry for the future. As writer Afua Hirsch puts it in her accompanying report, “It is a year that has elevated the visibility of legendary figures from those past battles, and ushered in a new generation.”

The “Faces of Hope” 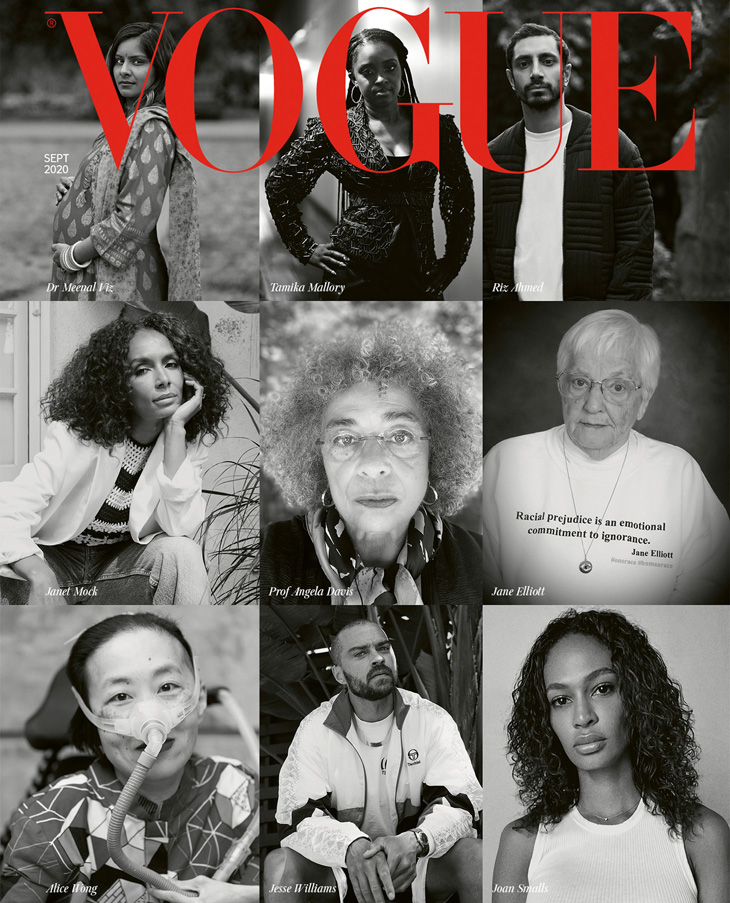 ‘In the weeks following the killing of George Floyd, the Black Lives Matter movement gave voice to a global cry for change. From systemic racism to disability discrimination and domestic abuse, gender inequality to the climate crisis, in the  cover story, Afua Hirsch meets the activists determined to make a difference the world over.’- SEPTEMBER 2020 ISSUE 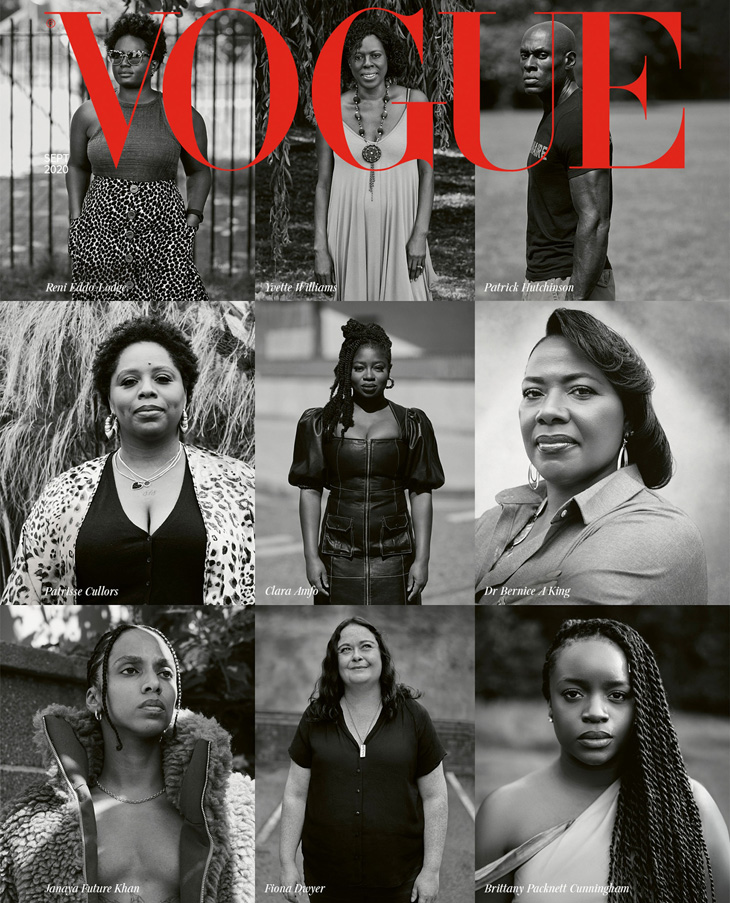 Do you wish to see the difference between Europe and the US?

Look at their VOGUES!!

Beyoncé's mother criticises US Vogue for lack of diversity

‘Beyoncé’s mother, Tina Knowles-Lawson, has criticised US Vogue for its lack of black photographers.

In an Instagram post that praised British Vogue’s editor, Edward Enninful, for his editorial choices, Knowles-Lawson asked why the American edition did not have the same level of diversity on its pages.

She applauded Enninful for British Vogue’s September issue, which features black activists on the cover including the footballer Marcus Rashford and the model Adwoa Aboah. The picture was taken by Misan Harriman, making him the first black male photographer to have shot the cover in the magazine’s 104-year history.

Beneath a photo of Enninful, Knowles-Lawson wrote: “Kudos to this wonderful man … for boldly putting out beautiful activists on the cover. When will American Vogue step up and hire more black photographers for cover shoots? We’re waiting…”- Continue to read

Read more on related stories on Hope and Activism:

Activism – An Ultimate Expression of Hope 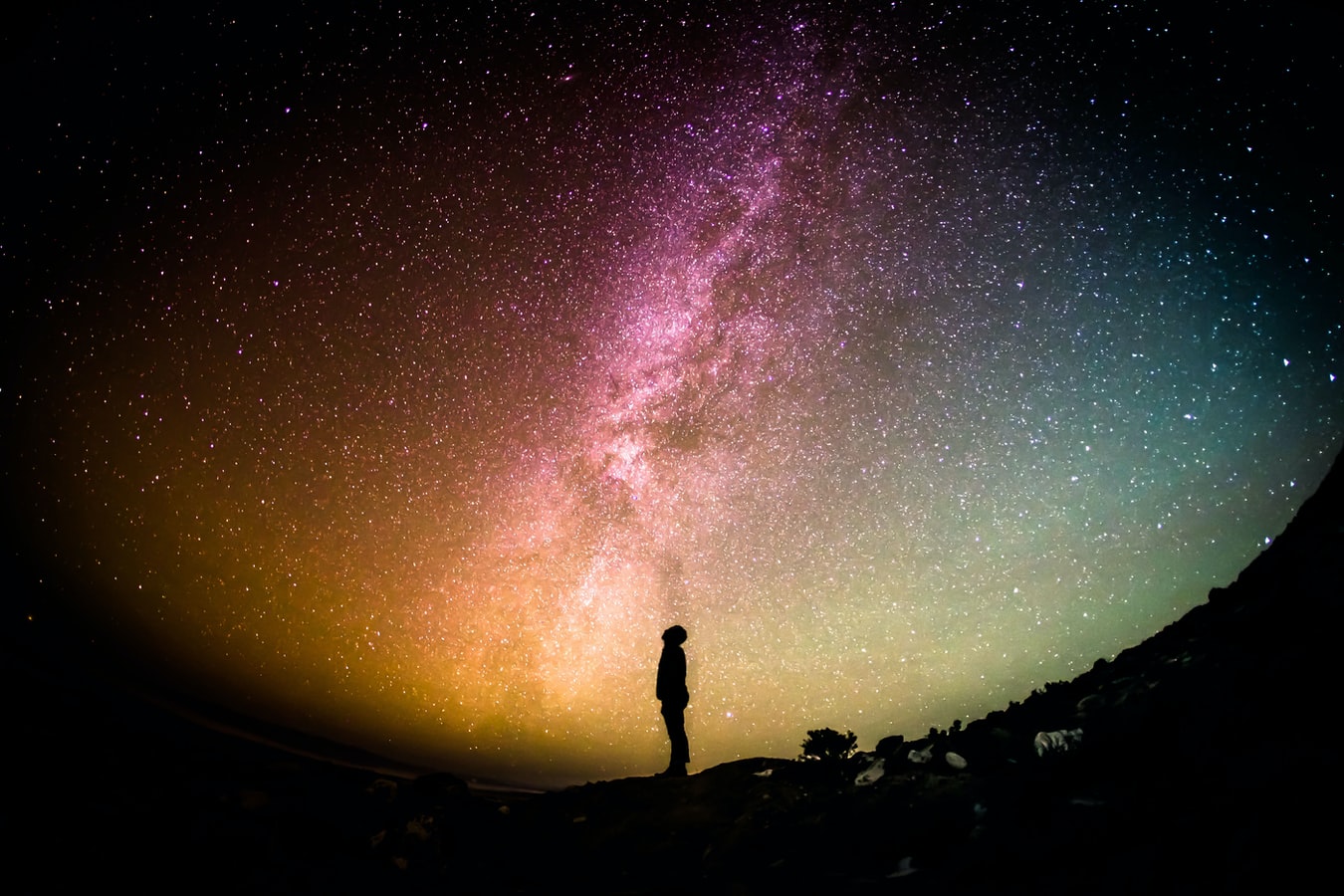 It is hope and activism that can give meaning to life and which will give us the courage to continue on our way into the future together.

Marcus Rashford: 'This is not about politics, it's about humanity'

Selfishness is the antithesis of hope and activism

The Youth of the World: Their voices will be heard