‘Black women best’: They Can Build a Better Economy

(N.B. Although, this article is about the US, nonetheless, it is global in its relevance.)

“If Black women—who, since our nation’s founding, have been the most disadvantaged by the rules that structure our society—

can one day thrive in the economy, then it must finally be working for everyone.” 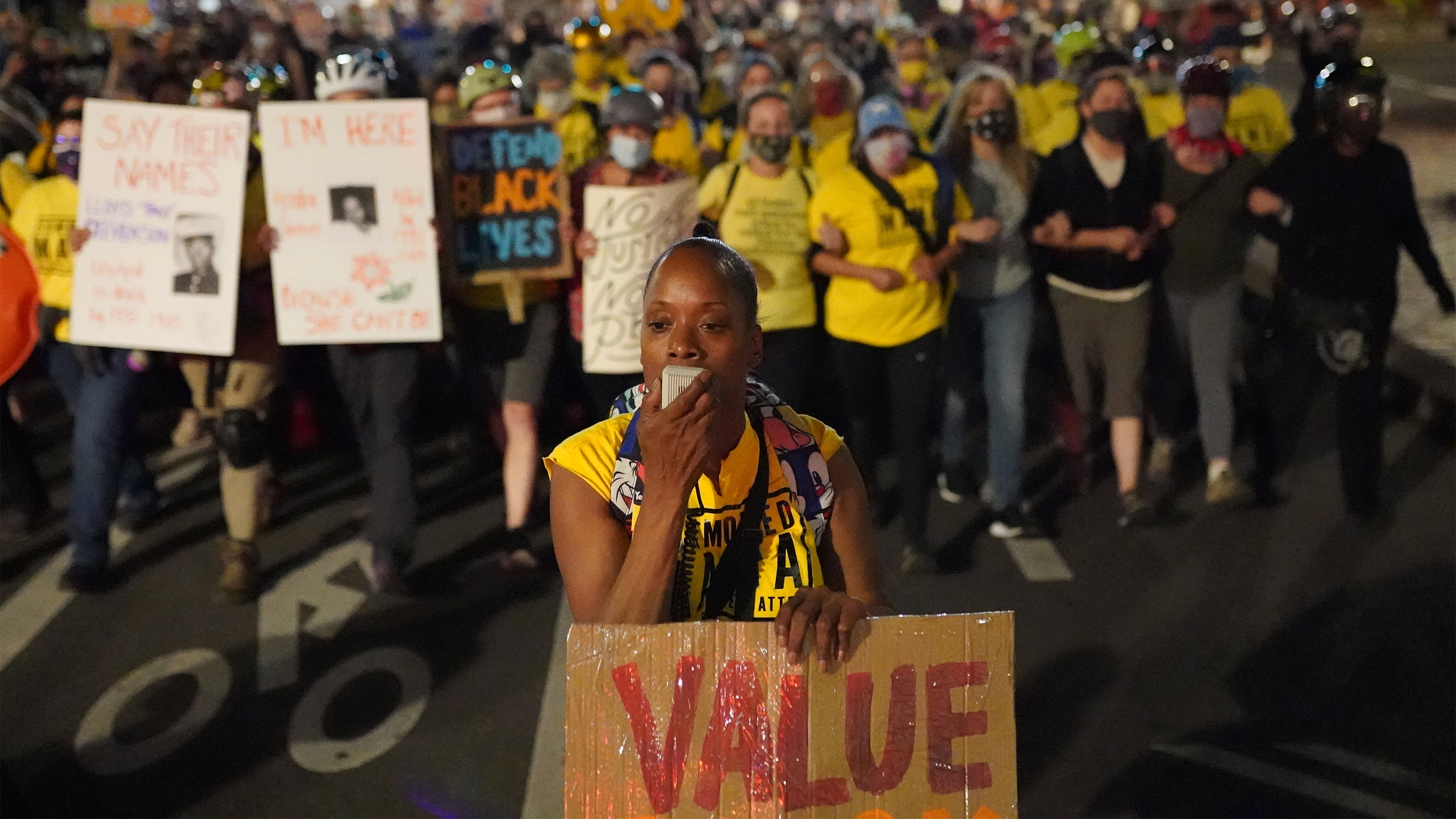 Why putting Black women first may save us from economic disaster

By Anna Gifty Opoku-Agyeman, Via The Economic Policy Institute (EPI)*

‘In 2008, our economy experienced an economic crisis in which Black women lost 258,000 jobs—more than twice as many as the jobs gained by Black men.

Our current economic crisis is unfortunately offering up disparity déjà vu. The ravages of the coronavirus have resulted in employment among Black women dropping 11 percentage points—more than any other group. Despite historically low unemployment rates in March, within a month of the pandemic, Black women’s unemployment rate has climbed to 16.9%, suffering the greatest job losses as compared with other groups.

Black women are bearing the brunt of this economic crisis, and keep in mind that Black women were already underpaid upwards of $50 billion in forfeited wages before the pandemic, according to economist Michelle Holder. These findings illustrate an ugly truth: COVID-19 is laying bare the structural inequities that compound when race and gender intersect—inequities that may be best addressed through recentering economic policy on Black women.

Why should policymakers center Black women?

Black women are the core of the nation’s economy, holding the front-line jobs and running small businesses, and they are more often the single heads of households in their communities. If they are elevated through policy, including everything from paid sick leave to stimulus programs targeted directly toward them, the economy at-large will benefit. 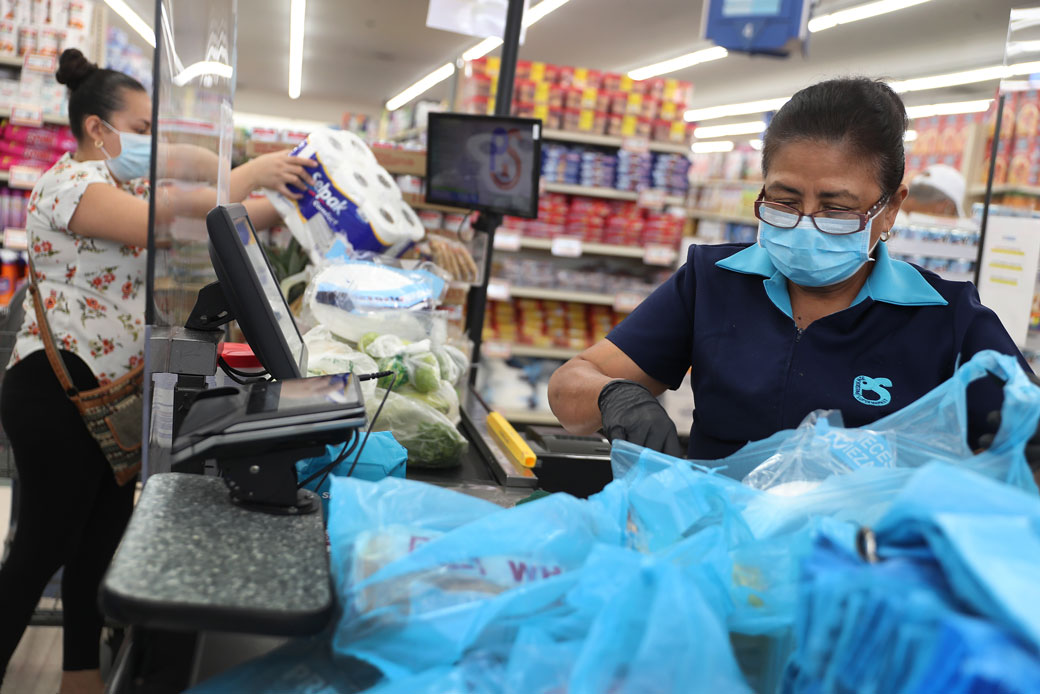 cashier at a supermarket in Miami, April 2020.- Photo:Center for American Progress

Unfortunately, decisions that have already been made don’t take racial and gender inequities into account.

For example, the Federal Reserve Board decided to expand funding for small businesses in light of the recent crisis. As of right now, Black businesses, many of which are owned by women, are most likely to be overrepresented in industries hardest hit by COVID-19; anecdotal evidence suggests that Black business owners are also finding difficulties in applying for funding offered by the Federal Reserve Board.

Right now, the economy is not working for Black women. LeanIn recently surveyed nearly 3,000 individuals, and found 60% of Black women were concerned about paying their rent or mortgage as compared with just 24% of white men, which may be due to the fact that Black women are three times as likely as white women to be single heads of households. On the dimensions of paying for groceries and affording child care, there was a 30 and 10 percentage point gap between Black women and white men, respectively.

Furthermore, across the United States, the share of Black women employed in service occupations ranges from 23% in Maryland to 40% in Rhode Island. Many service-sector jobs are considered “essential,” despite the fact that on average, essential workers are less likely to have benefits and face higher health risks. The stories punctuating deaths among Black women highlight those dying on the front lines as health care workers, grocery store clerks, and teachers.

Employers should shift their thinking on paid sick and parental leave, subsidized child and elder care, and work flexibility to help Black women, who are disproportionately facing COVID-19-related deaths in their communities. This shift can inevitably help all workers regardless of background. When the policies shift to focus on the outcomes of Black women, everyone benefits.

Another example of how “Black women best” being at the center of economic policy helps everyone is government mobile payments, which Economist Lisa D. Cook cites as one way to alleviate economic hardship. Imagine if policymakers considered how direct mobile payments via Venmo or Cash App could reach Black mothers who are being asked to meet looming deadlines. Black women would be the aim, but universally, needs would be met.

“Black women best” also translates into prioritizing the perspectives of Black women in economic and policy spaces, an objective that is currently being achieved by the Sadie Collective, a nonprofit organization that addresses the underrepresentation of Black women in economics and related fields. Recently, the organization penned //medium.com/@sadiecollective/open-letter-to-economics-blm-5b38100e59b5">a letter to allies, inclusive of individuals and organizations, constituting a list of demands that aim to achieve equity for Black women. To date, the letter has been endorsed by nearly 2,000 individuals and organizations, and cross-posted by the Economic Policy Institute as well as the Washington Center for Equitable Growth.

Within the Federal Reserve System, structural racism and sexism have kept Black women out of leadership roles that contribute meaningfully to the health of the U.S. economy and beyond. Specifically, out of 406 economists staffed at the Federal Reserve Board of Governors, only one identifies as a Black woman.

Because Black women make up the majority of the Black labor force, they are the pulse of the U.S. economy. By ignoring them, economists and policymakers run the risk of propagating lasting economic ramifications.

As we grapple with the historic job losses, uneven distribution of relief, and widening racial wage gaps, we must not forget to care for and protect Black women. And we must not forget those Black women who died working and serving their communities amidst a global pandemic—women like Rana Zoe Mungin, a beloved social studies teacher and activist from Brooklyn; Leilani Jordan, a Maryland supermarket greeter hired under a program for people with disabilities who helped elderly shoppers make their purchases; and Priscilla Carrow, a community activist from Queens and a hospital worker who was planning on retiring by the end of this year.

Their stories illustrate that indeed Black women are a key part of the backbone of the economy and our communities; as one of Carrow’s friends told a local TV news outlet after her passing: “There were so many people who relied on her so it’s affecting the lives of many, many people.” 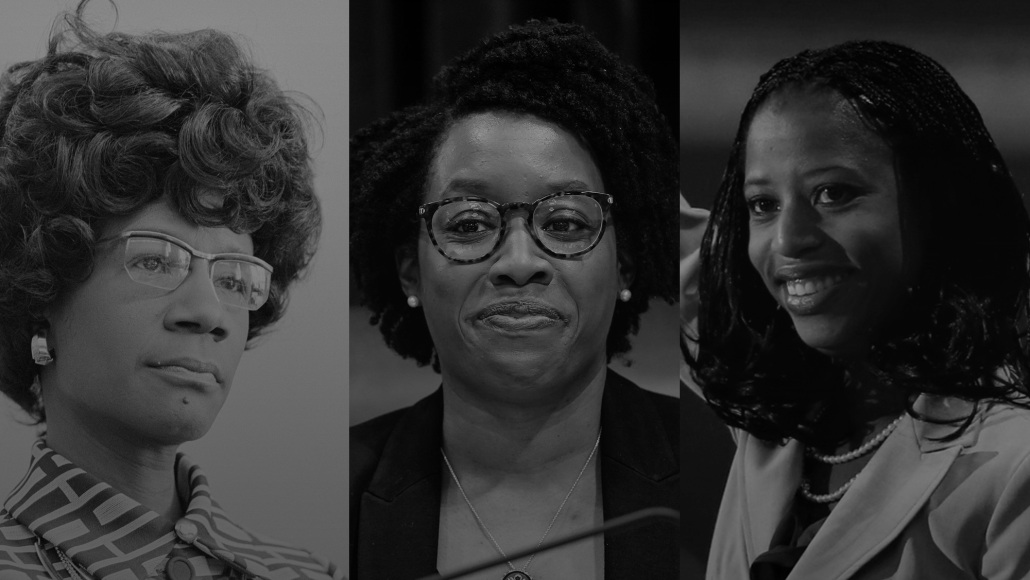 ‘One-hundred years ago, women finally gained the right to vote through the 19th Amendment. But it’s taken much longer for women—specifically, Black women—to be granted a seat at the cultural and political table of America.

Shirley Chisholm, the first Black woman elected to Congress (in 1968) and the first woman and African American to seek the nomination for president of the United States from one of the two major political parties (in 1972), famously said, “If they don’t give you a seat at the table, bring a folding chair.” A vanguard for women’s political leadership, Chisholm tactfully pushed for inclusion throughout the political process. But as her quote suggests, if conventional democratic processes fail, then you have to take matters into your own hands.

Recently, across the county, we have seen a new generation of Black political leaders do just that, while a legion of vital Black women voters pushes for long-neglected reforms. But Black women are still vastly underrepresented nationally among political candidates, making up only 2% of challengers to incumbents. If we truly want to create a more equitable America and solidify Black women’s seat at the table, we must bring Chisholm’s folding chair all the way to the White House—with a Black woman vice presidential candidate in 2020.

Representation matters to our political mental health. The fact that all but one president (and every vice president) in the history of the United States has been a white man would be completely unbelievable if the American psyche didn’t see leadership as equating to that one demographic. Today, Black women elected officials—Chisholm’s spiritual children—are not only representing people but also remedying the sick American psyche with every chair they bring to the table…’- Continue to read: Black women’s rise should be America’s gain

A selected readings on similar topics and issues from our archive

‘I have a Dream’, 57 Years On and Why We Must Carry on Imagining the Dream

‘I Have a Dream’: Yearning for Dr. King’s Interconnected World

Eruption of anxiety, depression and suicide in Britain

Austerity and its Consequences: No Hope for the Youth

Life, death and economics: Austerity is a killer

Crisis after crisis and the crucial voices of hope

Dear Mr. Trump This is How to Make America Great Again

The Mother of all Heists: ‘The Neoliberal Looting of America’

Poverty is not Natural: A Must Read Book

Marcus Rashford: 'This is not about politics, it's about humanity'

Mr. Trump, this is not the way to make America great again!