Labours of Love: A Humbling Book about Care 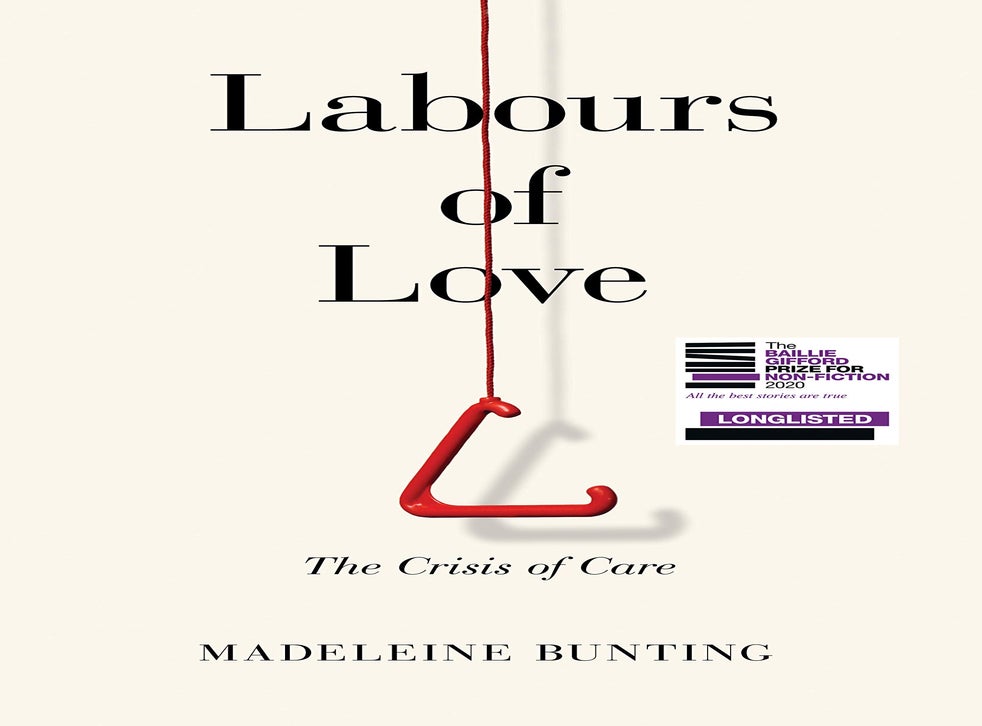 ‘A generous heart, kind speech, and a life of service and compassion are the things which renew humanity.’

“Our poverty in the world is not that of the wallet but rather that of social connectedness.”

Kindness is to Care and Caring is to be Kind. Sadly this is what our Values-free World has Forgotten.

To survive and to lead a better, healthier life we need to re-discover the values we once knew and held dear!

Think about it, we may all get sick, we will all get old, weak and vulnerable. We will all need love, support, empathy, caring and humanity.

It is, thus, incumbent on us, to find out more on why and how there is this pandemic crisis in Caring in the world and how it may be reversed.

We must all know what it means to be human. 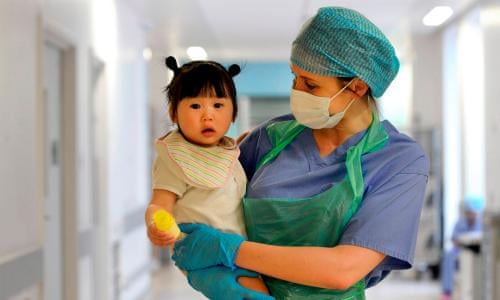 In the process of privatisation, marketisation, highest returns to the shareholders, largest bonuses to the CEOs and outsourcing our responsibilities, we  have now realised that we have also outsourced our humanity and our humane values.

Is this not the time yet to rethink our broken and inhumane neoliberalised, privatised and deregulated market economy and education model?

The Global Tragedy of Care for the Elderly: When Caring and Empathy becomes a Business for Profit, then, even a Caring Country Fails Miserably

Covid shows why care is in crisis: we have crushed the humanity out of it*

‘What I discovered, in five years of research, was a vital activity distorted by

a desire for tickbox efficiency and value for money.’ 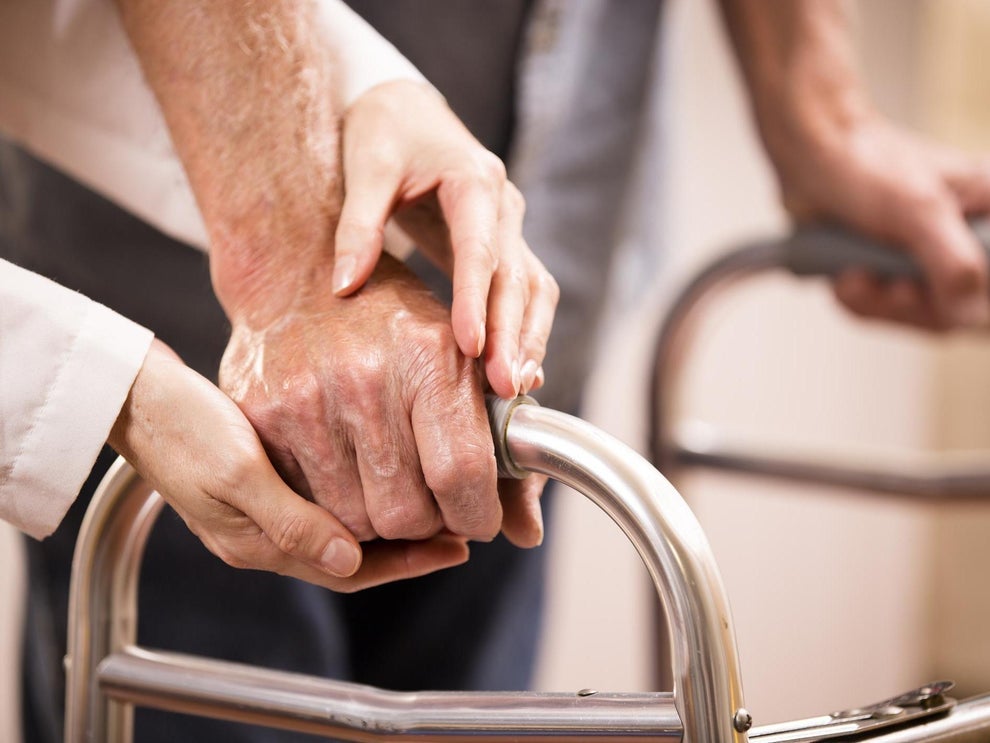 ‘Care is a short word that is ubiquitous, used for the most intimate relationships with vulnerability and dependence from birth to death. Fired by curiosity, I have hunted out people whose lives are dominated by care, either unpaid or as part of their work. I started every interview with the same question: what do you understand by this word care?

From the 19-year-old social care worker to the experienced GP, from the mother of a child with disabilities to the hospice social worker, from the healthcare assistant to the president of the Royal College of Nursing, I have sat and listened over the last five years to fascinating explanations of this “labour of love” – the words they often used. Many started the interview assuring me they had nothing to say, they were “just” carers. Yet by the end of their deeply moving answers, they were astonished at themselves – and even grateful for having had the chance to explain their work. Several said no one had ever asked before.

I saw how many of these individuals were dedicated to a set of values profoundly at odds with wider society and often even with the organisations for which some of them worked. For instance, the healthcare worker on a busy oncology ward sighed that the hospital management seemed to think it was a business, but she told me she knew it couldn’t be: her work was about relationships. And as I shadowed her for a day, I saw how she patiently coaxed an elderly gentleman to wash and reassured another confused patient. She insisted that even when people are dying, they enjoy a joke and a smiling friendly face. The ward’s other healthcare worker showed me the equipment cupboard, labelled with prices; some of the injections were worth more than a shift’s pay, he commented bitterly.

The sense of being beleaguered was true not just of low-paid healthcare assistants and social care workers, but also of GPs, consultants, professors and directors of nursing. They were just as eloquent and impassioned about the fact that the vital, unquantifiable nature of care was being squeezed to the margins. It’s partly a matter of workload but it’s also a deeper, more systemic shift that has been under way for three decades, in which care is reduced to tick boxes in an attempt to standardise this most unpredictable of human activities.

I could see the resulting tussle of priorities: did the healthcare assistant hurry the elderly gentleman in need of a wash? Did the ward sister race round doing the hourly checks, hurriedly filling out the form – an activity that research has shown is a largely pointless exercise? Care has been routinised and bureaucratised in pursuit of reductions in human error and abuse. That has been combined with a quest for efficiency, productivity and value for money – measures many veterans have long argued are of strictly limited use in the field of care. One wise old hand pointed out that prioritising efficiency over all else is dangerous in two realms of human endeavour: war and care. Needless to say, Covid has made this abundantly clear in the latter case.

This type of managerial control of care has been counterproductive, says Alison Leary, a professor of nursing and a former engineer and mathematician. It generates anxiety, andabuse of patients is thus more likely to emerge.

The medical researcher Paquita de Zuleta argues that neuroscience studies have shown how our capacity for compassion is inhibited in threatening and competitive environments. A director of nursing, who didn’t wish to be named, admitted uncomfortably that recently, when she visited a ward, a junior nurse had jumped up from a bedside and apologised for “just talking”. Reflecting on her own training, she feared that something had changed: “Perhaps we don’t value relationships enough socially and culturally.”

Suddenly, my reading and research into the history of care began to make sense. Never having fully appreciated the importance and complexity of care – too often it has been dismissed as women’s work, simply a matter of instinct – we have distorted this vital human labour into an often grotesque box-ticking parody. At the root of our current crisis lies the historic denigration and misunderstanding of care.

Patriarchy was a system built to ensure the provision of free care. Capitalism ensured care was cheap or free. Novelists didn’t write about it, artists didn’t make it the subject of paintings; care did not feature in the grand traditions of western culture and thought. Economists and philosophers took it for granted. Leary’s generation has struggled to free nursing from the gilded cage of being poorly paid angels, saints and doctors’ handmaidens.

During my research I noticed this profound lack of interest in care. When people asked me what I was working on, my answer would prompt their eyes to glaze over: worthy but dull. I began to doubt the value of spending five years with this short word. What emerged was an ambition to at least provoke some curiosity. That would be a start.

It could begin to re-envisage care as a profound source of meaning and human connection, deeply satisfying and taking multiple forms. One senior IT consultant admitted that after a life of not doing the “caring clucky thing”, she had found caring for her sick husband to be the biggest achievement of her life.

This is the paradigm shift that might mobilise the will and political energy required to tackle the shockingly precarious nature of the care economy we have patched together in the last few decades, which was obvious long before Covid ripped into its many shortcomings. Care visits to people’s own home have been squeezed into absurd units of time, rationed to exclude millions in need, while care homes have been loaded with debt by a private sector in danger of collapse, and home closures have resulted in a postcode lottery of provision. Now Covid has left us haunted by the deaths of more than 19,000 care home residents, and no doubt more to come.

A social revolution in the role of women was left half-finished in the 1980s when my generation of feminists set our sights on the workplace, and men failed to step up in sufficient numbers to take on a share of care. Jobs such as care workers and nurses are still predominantly done by women. We might shift the dial if a fraction of the energy and attention of the MeToo movement focused on the crisis of care. It’s analogous to the environmental emergency, only in this crisis the natural resource that is being destroyed or commodified is human relationships and compassion. Capitalism seeks to quantify and extract value, and when such disciplines are applied to the care worker, it is a tragedy. Because what is at stake is the reciprocity of human hearts, the need for comfort, and our innate human capacity to nurture wellbeing and ease suffering.’

*This article by Madeleine Bunting was first published in The Guardian on 15 October 2020.

Madeleine Bunting is an author. Her latest book is Labours of Love, the Crisis of Care

Labours of Love: A Humbling Book about Care

'Care, paid and unpaid, is at the heart of society, now more than ever ... this is a moving and absorbing in-depth investigation'

‘The marketisation of care treats it as a product. “Care packages” are “delivered”; satisfaction questionnaires are ubiquitous – nurses are accused of not showing enough “empathy”. “Convenience” and “availability” become the mantras; GP surgeries, open seven days a week, are now a “service industry”. As society has become more medicalised, a consumer mentality encourages the sense of entitlement: a patient clicks her fingers at the nurse to get attention.’

…’What “care” means is a vast subject. It happens everywhere. In the daily maintenance of life in homes and families and in public institutions or social organisations imbued with their own histories and traditions. It is at once deeply intimate and profoundly cultural. Paid or unpaid, the quality of care in our lives is nothing less than sociality itself: it is an index of how we survive as a society and a species. It tells us the value we place on human life.

These essential, existential questions are at the heart of Labours of Love. Madeleine Bunting’s book could easily have become either a furious polemic or a vale of tears. It is neither, though it is angry and very moving. She meant it as a warning in the face of “a crisis of unprecedented proportions” in the provision of health and social care across the UK. With the advent of the coronavirus, its eloquent plea for change has become even more urgent.’...-Continue to read