Brexit: The Path to Tyranny and the loss of Moral and Spiritual Compass

“It is my considered opinion that for Britain and Europe, and for liberal democracy across the entire world as a whole, Britain’s departure from the European Union in the time of Donald Trump, and Britain’s consequent unqualified dependence on the United States in an era when the US is heading straight down the road to institutional racism and neo-fascism, is an unmitigated clusterfuck bar none.”- John le Carré, Agent Running in the Field 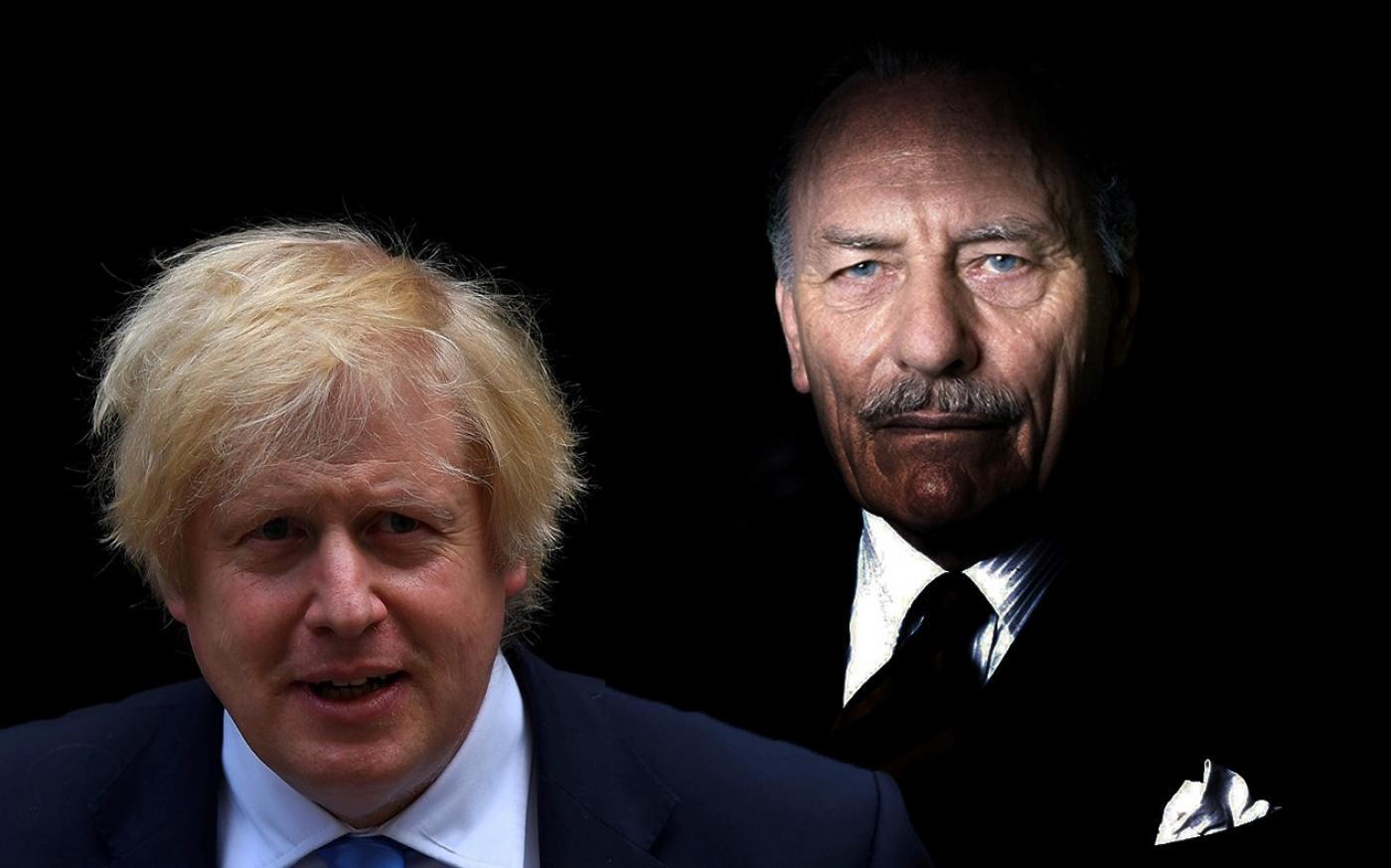 ‘Both told monstrous lies: not the usual dishonesties of politics, but lies that break people’s lives. Powell’s “rivers of blood” speech had a title adapted from a line from Virgil, but that didn’t make it classy…’

‘The name of Enoch Powell provokes consternation in many on both the left and right of British politics. But the sometime Conservative was a powerful influence on Tory Euroscepticism – probably greater than most would want to acknowledge.  His views on Europe chime with recurring themes in the referendum campaign.’- How Enoch Powell helped to shape modern Tory Euroscepticism

‘KARL Marx argued that history always repeats itself, firstly as tragedy then second time around as farce. Marx was talking about how Napoleon Bonaparte was followed by his mediocre and dandyish nephew, Louis. However, there is a case to be made for a similar comparison between Enoch Powell and Boris Johnson.’- George Kerevan

‘...This makes Johnson the direct political descendent of Powell, and the British answer to US President Donald Trump…’- Peter Oborne

More on these a bit later. For now lest we forget:

Brexit: The Path to Tyranny and the loss of Moral and Spiritual Compass

The Folly and Ignorance of Brexit to Grasp the TRUTH: EU has always been a Peace Project First and Foremost

And now a reflection on Boris, the spit image of Enoch! 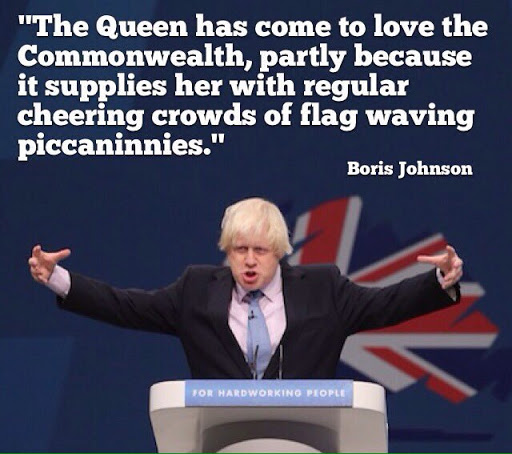 How did Enoch Powell, a man with no shame, come to haunt our times?*

‘The ghost of Enoch Powell hangs over Britain this weekend, with a smile on its thin lips. If you are too young to remember him, Boris Johnson offers a recrudescence. Powell was a genuine classical scholar. Cambridge awarded him a starred double first in Latin and Ancient Greek in 1933. Johnson was so-so academically. His failure to achieve a first at Oxford enraged him. But, like Powell, he learned the value of dropping a Latin phrase in a class-ridden country, which still thinks a classical education is a sign of superior intelligence.

Both told monstrous lies: not the usual dishonesties of politics, but lies that break people’s lives. Powell’s “rivers of blood” speech had a title adapted from a line from Virgil, but that didn’t make it classy. He unleashed hatred and violence against black and Asian immigrants and their children in 1968 by using the story of an old white woman in Wolverhampton. She had lost her husband and sons in the war and her reward was to be intimidated by “Negros”. Her “windows are broken. She finds excreta pushed through her letterbox. When she goes to the shops, she is followed by children, charming, wide-grinning piccaninnies. They cannot speak English, but one word they know. ‘Racialist,’ they chant.”

It was an urban myth. Powell could not identify the woman. Clem Jones, the editor of the Wolverhampton Express & Star, sent reporters out, and they returned without a story. Jones, who was still remembered with respect when I was a reporter in the West Midlands, was so angry he ended his friendship with Powell.

No apology followed. Just the assertion that it wasn’t racist to talk about immigration which has echoed down the decades, as if what you said and how you talked did not matter. No apology will come from the lips of another politician who was comfortable with the term “piccaninnies”. Johnson belatedly apologised for his use of the word “piccaninnies” but that has been the limit of his contrition. Brexit would lead to more money for scientists, the arts, the NHS, farmers, Britain’s poor regions and all working people. “There is no plan for no deal, because we’re going to get a great deal,” he said in 2017. People who believed him then will be losing their jobs in 2021 because, as of today, the options are no deal or an abysmal deal.

Our national reckoning must include a reckoning with Powell. Three policies he promoted have descended on Britain simultaneously. Powell was a Thatcherite before Thatcherism, advocating privatisation and unashamed capitalism so vigorously that Friedrich Hayek said in 1965: “All our hopes in England now rest on Enoch Powell.” Today his successors say we can expect to see an unashamed Britannia unchained from the bureaucracy of the EU. Powell’s attacks on immigrants saw him expelled from the Tory frontbench in 1968. A half century on, we have a Conservative government that won the Brexit referendum with Powellite lies about tens of millions of Turks heading our way if we stayed in the EU.

Powell had a magical belief in sovereignty that is everywhere on the right today. Jobs, living standards, power and influence must be sacrificed on the altar of this elusive god. Powell was adamant that rejecting Europe was a test of our “will and the power to remain a nation”. In 1997, towards the end of his life, Powell watched the Tories shift from being a pro- to an anti-European party and applauded its recognition that the EU was “a means of prejudicing our own nationhood”.

Paul Corthorn, Powell’s biographer, believes the “age of Brexit is the age of Powell” and I wish I could demur. For a politician, inexplicably famed for the banal observation that “all political careers end in failure”, Powell is enjoying a posthumous victory.

It remains a disaster, and not only for those who need a prosperous country to support them. The right cannot have all it wants. Indeed, its leaders are so incompetent and its once serious thinkers so lost in fantasy, it may end up with nothing. The nation it claims to love is Britain, not England. The Conservative party is a unionist party. Powell was such a firm believer in protecting Britain’s integrity that he left the Tories in 1974 to become the Ulster Unionist MP for South Down.

The right does not realise the EU was holding Britain together. Johnson is not only taking us out of the world’s richest single market, he is putting a border between Northern Ireland and the residual UK. As David Allen Green of the Financial Times bitingly put it, after losing the single market, the “United Kingdom has actually ended up with a free trade area smaller than the United Kingdom”. Northern Ireland’s future lies in the European market it shares with the Republic. The very people who said the unity of the UK was their guiding principle are pushing it away.

Scotland’s future appeared settled when it voted against independence. But the vote was to remain in a UK that was part of the EU. Nationalists lost in 2014, in part because an independent Scotland would have been outside the EU. Now Brexit has torn up the deal between the nations, support for independence is at record highs.

Thatcherism and Brexit are as incompatible as unionism and Brexit. Ever since 2016, there has been an obvious tension between the leaders of the Brexit movement, who wanted to let capitalism rip, and the Conservatives’ working-class supporters who wanted greater protections.

Less noticed is the vast increase in bureaucracy leaving the single market will bring. From the 19th century on, its proponents admired free trade because it removed the influence of unproductive bureaucrats. The end of free trade with Europe is leading to an explosion in border officers, regulators of everything from medicines to aviation, emergency planners, negotiators and bureaucrats of all varieties, citing rules and handing out compliance notices in a country so far from Powell’s dream of unashamed capitalism it is barely recognisable.

All political careers end in failure, and nothing will illustrate the failure of Enoch Powell’s career better than his pyrrhic victory from beyond the grave.'

And finally, I did my best to show Boris how he may repent and become a good man.

But, sadly, it is true, leopards are leopards and will never change their spots!

Dear Mr. Johnson, your Covid-19 survival must become a force for good