The Golden State’s Ode of Joy to the US: 'California is America, only sooner'

'California is America, only sooner': How the progressive state could shape Biden's policies* 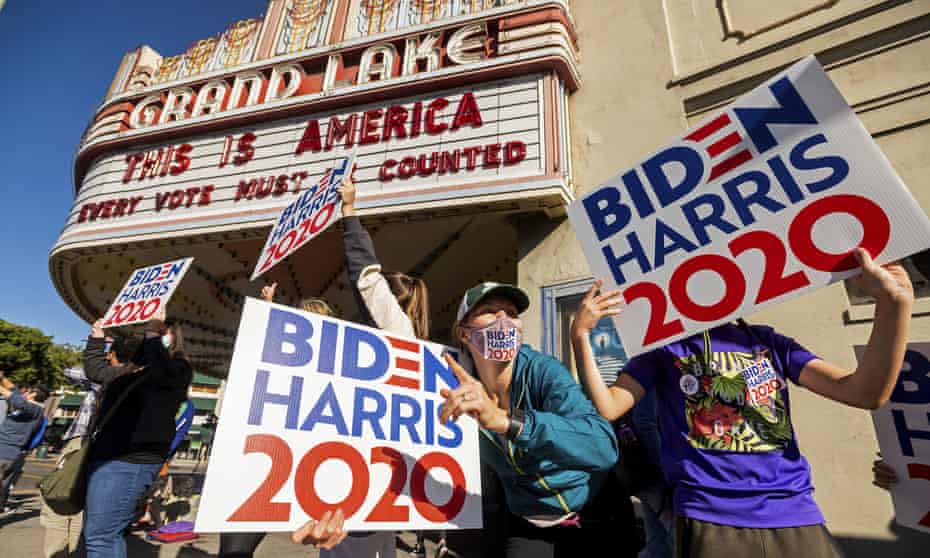 I first discovered California in the mid-1980s, soon after receiving my PhD in economics from the university of Birmingham. My doctoral dissertation was mainly on the political economy of the revolution in Iran, a topic of great interest to many at that time. This led to many invitations from many countries, universities, think tanks and more, amongst them from California.

However, my deep interest in and respect for the progressive values of California and what the state stands for, began to get shaped, soon after I met a professor from California Lutheran University (CLU) in Thousand Oaks.

I first met Prof. Jamshid Damooei at our GCGI 2007 Conference which was held at Fatih University, Istanbul. At the closing day of the conference, Prof. Damooei invited my wife and I to visit his university, meeting with his senior colleagues, students and delivering a public lecture on Globalisation for the Common Good.

Needless to say that this visit led to a very good and fruitful relationship between us, the GCGI and the (CLU), leading to a few more visits, lectures, teaching a module on business ethics, and culminating in one of our most successful GCGI Conferences, when the university hosted the 2010 Conference. I was also delighted when Prof. Damooei accepted my invitation to join our GCGI Senior Ambassadors.

During these visits and engagements at the university, we got to get to know California and the Californians better. We discovered who they are and what they stand for.

Moreover, we were blessed with the gift of the ability to travel and see many natural wonders of the Golden State. We were also able to see many members of our family and friends, enjoying their warm hospitality and also being taken to beautiful sightseeing tours, seeing and feeling the real California in their company.

All in all, this is why the article I am about to share with you resonates with me.

'California is America, only sooner'

From California to the New York island

From the redwood forest to the Gulf Stream waters

This land was made for you and me’… 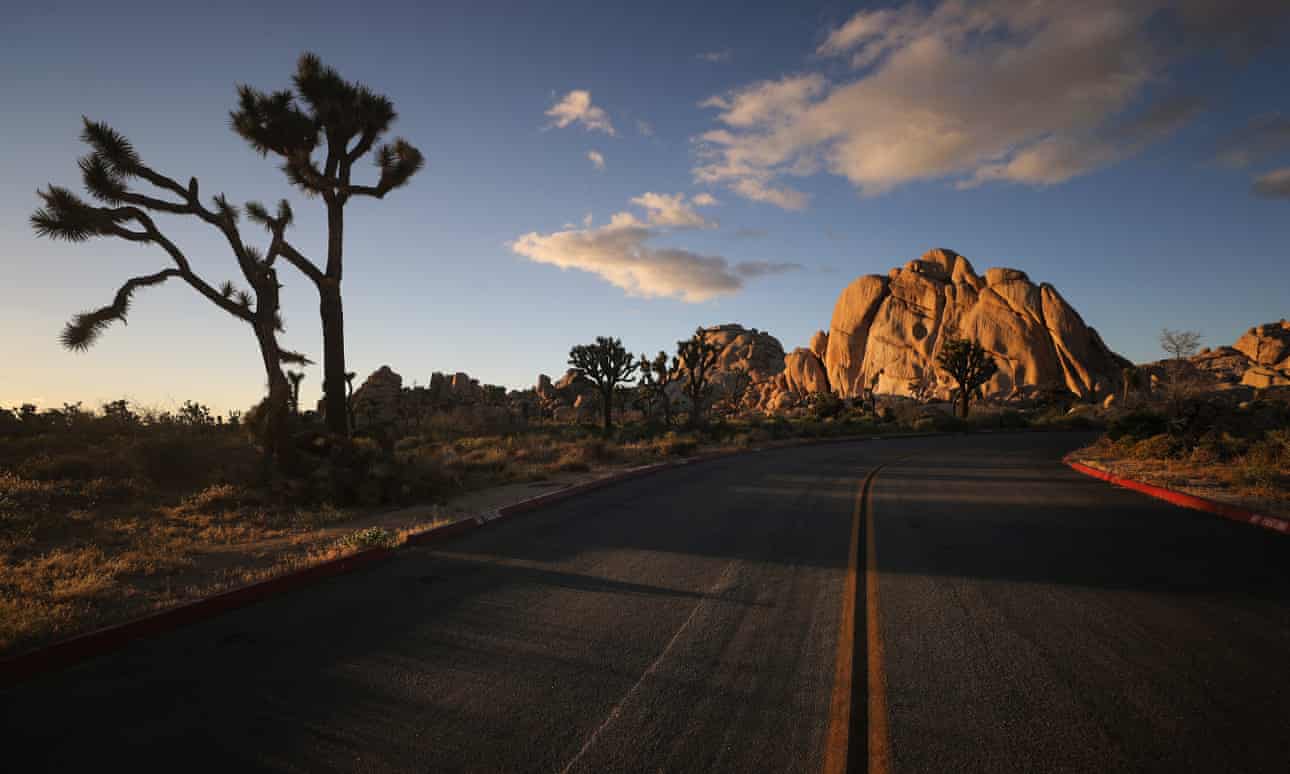 ‘Following Joe Biden’s presidential win in November, the governor of California quickly learned he had some big job vacancies to fill. With so many top officials in the state being recruited to help Biden build his new administration, Gavin Newsom joked that he might have to start trying to convince staff members to stick around.

It was already a given that Californian interests would be well represented in Congress, with Nancy Pelosi of San Francisco serving as speaker of the House and Vice-President Kamala Harris, born and raised in the Bay Area, holding the tie-breaking vote in the Senate. But Biden has also tapped several Californians for key cabinet positions.

Biden called on the state’s attorney general, Xavier Becerra, to run the US health department. He nominated the former Federal Reserve chair and University of California, Berkeley, professor Janet Yellen to serve as treasury secretary. Yellen’s colleague Jennifer Granholm was nominated as the next energy secretary.

Six others slated for top spots in the new government either teach at or graduated from Berkeley. Alejandro Mayorkas of Los Angeles is expected to become the first Latino to head the Department of Homeland Security and Isabel Guzman, current director of California’s office of the small business advocate, is likely to run the US Small Business Administration – to name a few.

Now, instead of having to fight a federal government to enact policy priorities, California will have friendly faces in top spots. “It goes from headwinds to tailwinds, and that’s pretty obvious,” Newsom said at a press conference in November. “On early childcare … health and education, issues related to the environment and environmental stewardship and low-carbon, green growth,” he added, ”broadly, that’s a California agenda.”

The Biden administration’s agenda is also expected to be modeled on some policies enacted or planned in California, and the new administration is likely to use the state’s successes and failures as a guide.

“There is a wealth of ideas on the policy side that can come out of California,” said Manuel Pastor, a professor of sociology and American studies and ethnicity at the University of Southern California. Pastor pointed at the state’s stances on immigrants’ rights and the minimum wage and its investments in climate mitigation.

California has served as a living laboratory for progressive ideas, Pastor said, and there’s enough evidence that will help the federal government embrace the California approach. “California is America, only sooner,” Pastor added. “It’s no surprise that now we have an administration trying to reach into a place that’s always been on the edge of the future.”

On his first day alone, Biden signed 17 new executive orders to undo some of the measures of the Trump administration, and the new president has promised to swiftly shift direction in the country.

The new administration is looking into some of California’s signature policies – and even taking some a step further. Biden has proposed raising the national minimum wage to $15 an hour (almost double what it is now), promised to bring “peaceful protesters, police chiefs, police unions, as well as civil rights groups” to the table to talk about police reform, and made moves on new legislation for immigration reform.

Biden is especially likely to follow California’s lead on the environment. “Where California will have its most influence is on climate change-related policies,” said Bruce Cain, a professor of political science at Stanford University and the director of the Bill Lane Center for the American West. “While Trump was shutting down a lot of the climate change mitigation and adaptation policies, California continued to chug along.”

Even after Trump withdrew the US from the 2015 Paris climate agreement, California remained committed to keeping pace and brought 23 states on board with it. Now that Biden is preparing to re-enter the accord, the Democratic party’s environmental taskforce, co-chaired by the former secretary of state John Kerry, has told Biden to look to California for help, according to the Los Angeles Times. “Immediately convene California, due to its unique authority, and other states with labor, auto industry, and environmental leaders to inform ambitious actions,” the task force's report read.

While California officials are happy to help, it’s clear they hope the offer goes both ways. Calling their new partnership a “game-changer for Californians” in a letter to Biden, Newsom championed the new administration’s goals and acknowledged the role he expects his state will play shaping national policy.

“Congratulations on your historic victory and for setting America on a path to build back better,” Newsom wrote. “California is eager to support your bold agenda by sharing our experiences implementing progressive policy on everything from workers’ rights to climate change.”

Newsom included several requests, including reinstated funding for the high-speed rail that’s far behind schedule and badly over budget, help with financing programs to house the homeless, and additional emergency aid beyond what was already promised to the state in the December stimulus.

Newsom also hopes the federal government will push back to 2023 the date when California’s unemployment debts – expected to reach close to $50bn this year – come due.

Eric Schickler, a political scientist and co-director of the UC Berkeley Institute of Governmental Studies, said he didn’t expect Californians to get everything they want out of the new administration. After all, even among Democrats, residents of the state – and their representatives – are highly diverse. “In terms of shaping the Democratic agenda, California Democrats are certainly in an advantageous place,” he said. Still, with the state facing significant challenges, including on housing, inequality, and the devastating impact from the Covid crisis, it will be helpful to have more allies than adversaries controlling the purse strings. “The state is facing some daunting challenges and will be looking to the federal government for help,” Schickler said. “The Biden administration is much more likely to be sympathetic to that.”

At the very least, California won’t have to continue big battles against the federal government. Pastor sees this as the biggest opportunity for the state to push forward. “Not being in a war of resistance with the Trump administration will give California a chance – a needed chance – to reflect on its own shortcomings,” Pastor said. “The weight of hate has been lifted. And once it is lifted, you can look around and ask, well, how are we screwing up? California still has a lot of things it needs to fix.” -*This article by Gabrielle Canon was first published in The Guardian on Friday 22 January 2021

Related articles from our archives:

'An outpouring of hope': Today the Angel of Democracy and Hope Fired the Evil of Inhumanity and Despair

Can President Biden Heal and Build a Better America, where Goodness is Valued above Greatness?