Why have some people been happier during Covid-19 pandemic? This is the Big Question

Happiness during the stress and uncertainty of COVID-19 can seem elusive.

But, nonetheless, some people have been happier than before the pandemic. But, why? 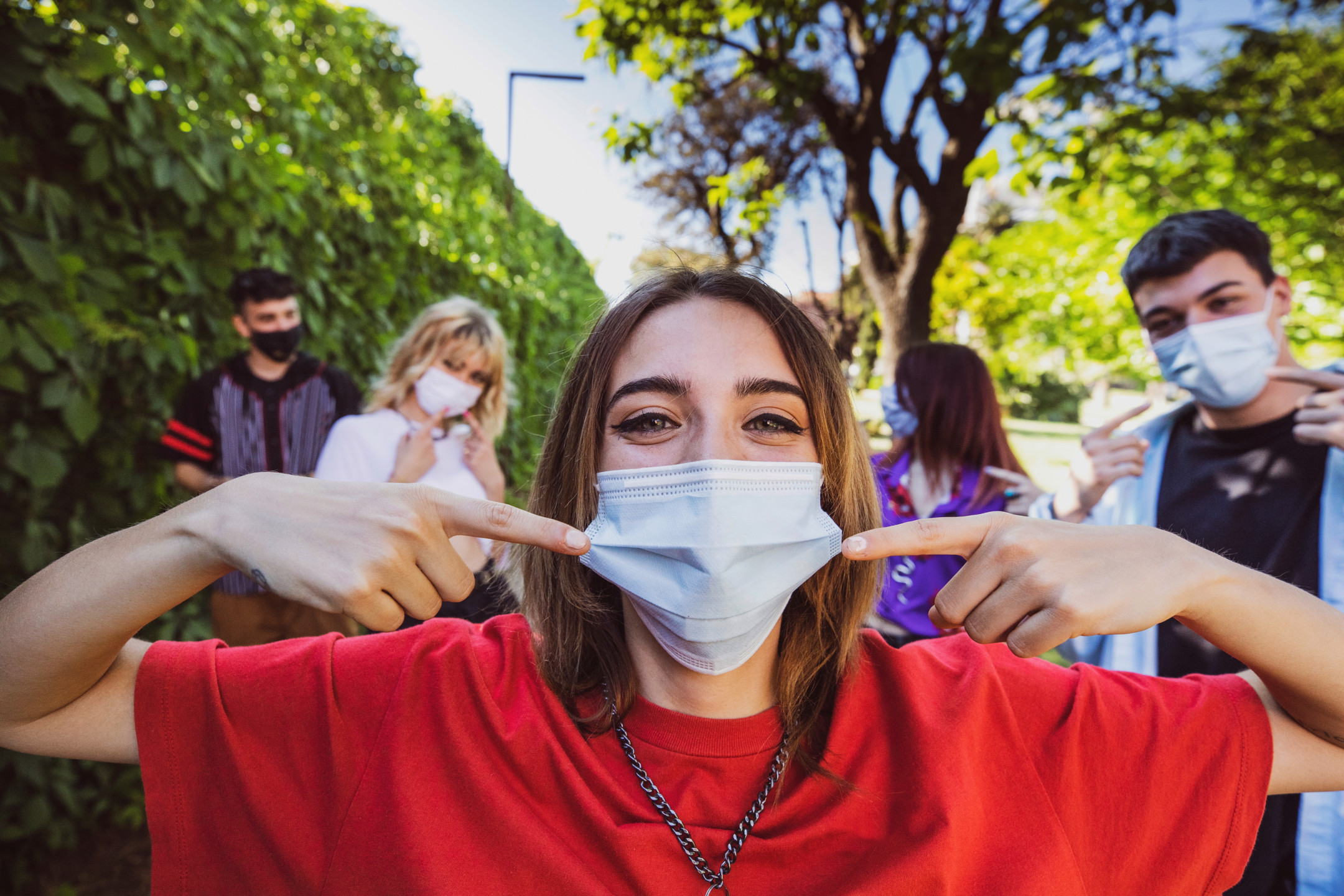 ‘For many, the pandemic has been a mostly negative experience. The majority dealing with chronic stress and fatigue, tired of juggling the demands of family – and others who've had to deal directly with the suffering of loss and grief.

And yet, some people are flourishing during the pandemic. Experts say about 20 percent of the population say they are feeling better than they did before COVID-19 struck. Experts call this "lockdown relief" and for some, it's helping them to thrive during this time of extreme stress.’-Jennifer Moss, CBC Happiness and Well-being Columnist

A Reflection on Happiness by Meik Wiking (pronounced “Mike Viking”), the bestselling author, public speaker and CEO of the Happiness Research Institute in Copenhagen. His latest book, Happy Moments is published by Penguin.

(N.B. In support of what you are about to read, I have inserted a few links from our GCGI’s Postings to compliment Wiking’s reflection) 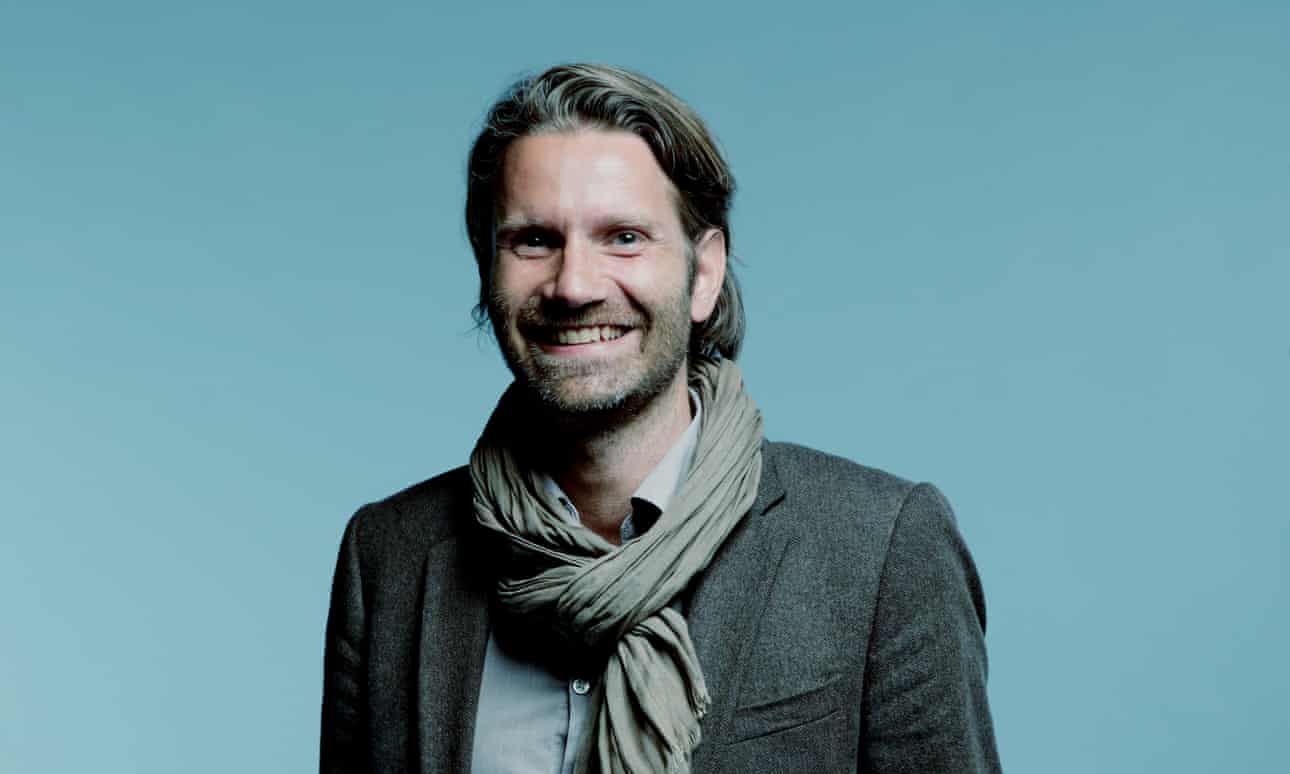 ‘Putting good food on the table with loved ones is still the most universal source of happiness:’

…’Wiking found success in 2016 with The Little Book of Hygge, on the Danish art of being cosy and content during harsh winters, which sold more than 1m copies worldwide, but the Happiness Research Institute is his baby. It sounds like something from a Hans Christian Andersen tale but, instead of being filled with “puppies and ice-cream”, as he puts it, the office houses 10 analysts, who use the intel they’ve gathered to advise governments, foundations, employers and impact investors (companies that want to invest in something which will make a difference to the world).

Rethinking What Really Matters in the Era of Pandemic

The Number One Message of Lockdown

'Quantifying happiness is difficult, but “not impossible”, says Wiking, adding that “we measure a lot of things that are subjective, such as stress, loneliness and depression,” so why not happiness? One of the ways to deal with its subjectivity is to follow individuals over time: for its pandemic study the Happiness Research Institute quizzed 3,211 participants up to six times each over three months.

It broke down happiness into elements including overall life satisfaction (“All things considered, how satisfied are you with your life these days?”); whether your mood is positive on any given day; and whether you have a sense of purpose or meaning, based on Aristotle’s thoughts on the good life (eudaimonia).

What is Happiness? What is the Good Life? Lessons from the ancient philosophers to help improve our lives today.

'Its Covid-19 survey found that, while daily moods have dipped during the pandemic, sense of purpose hasn’t waned. And the UN’s latest World Happiness Report, which similarly acknowledged a 10% increase in day-to-day sadness and worry, stated that life satisfaction had remained on a par with previous years. Other polls have suggested some people have been happier during Covid-19.

'Why hasn’t there been a more comprehensive happiness slump? Wiking says draining commutes have disappeared, family time has increased and, for most people, the main contributors to happiness have remained fairly stable. “Putting good food on the table with loved ones is still perhaps the most universal source of happiness,” he says.

'What the pandemic has done is underscore the joy of simple pleasures. The link between happiness and money has been well-documented over the years and while, in general, rich people are happier than poor people, it’s not that money buys happiness but that “being without money” and unable to afford food and shelter causes unhappiness. Once you’ve passed a certain threshold, “if you’re already making good money, and you make £200 extra, you buy a more expensive bottle of wine but it doesn’t matter”.

Why a Simple Life Matters: The Path to peace and happiness lies in the simple things in life

I am doing Nothing, how about you?

'The pandemic has made that clear by “decoupling wealth from happiness”, he continues. “You can’t go on exotic holidays or to fancy restaurants, but you can go walking. So perhaps this year we realised better than ever that we can find happiness through simple things accessible to all.” He says we’ve reached “peak happiness for ‘stuff’”, whereas hikes or swims are more reliable mood-boosters.

Time or Money: Which one is the path to a happier life?

'Covid-19 has also diminished the possibility for social comparisons. “There’s an American saying that ‘A happy man is a man who makes $100 more than his wife’s sister’s husband,’ and that concept shows up a lot in the data,” says Wiking. We derive pleasure from being more successful than our neighbours or friends – but become anxious when we’re not. By purging our social media feeds of sparkling shots of Michelin-starred meals and island getaways, the pandemic has reduced angst, envy and fear of missing out. That no one is having fun – except the Kardashians and those pesky Aussies – makes us feel better.

'These pandemic-era observations affirm much of the work Wiking has been doing for the past eight years. The Happiness Research Institute’s rise has coincided with a broader global movement as governments and the general public have started taking happiness seriously. In 2008, Bhutan conducted its first Gross National Happiness survey; in 2016 the UAE installed a Minister of State for Happiness; and in 2019, New Zealand introduced a wellbeing budget to ensure policies consider citizens’ quality of life. Meanwhile, wildly popular happiness psychology courses have sprouted at Yale, Berkeley and Bristol universities, and authors and entrepreneurs have filled bookshops, app stores and airwaves with tips to get us beaming. The movement has caused many an eyebrow to arch, partly because it can be considered frivolous, says Wiking. “Why should we care about how happy people are?”

'Scepticism also stems from doubts about whether these developments have the capacity to effect actual change in people. For starters, can anyone attain happiness? Wiking pauses, choosing his words carefully. “Not necessarily.”

'Several forces outside our control influence our ability to be happy, including genetics (studies of identical twins show they have similar mood levels); the natural rhythms of life (happiness tends to follow a U-shape, peaking when we’re young and old and nosediving in our 40s); and where we live (the least-happy countries include war-torn Syria, Burundi and the Central African Republic). “I don’t think we can go to people in refugee camps and say, ‘Listen guys, happiness is a choice,’” says Wiking. “We need to acknowledge external and genetic conditions and not put the entire responsibility on the individual.”

'Indeed, if you look at global happiness rankings, the top 10 countries – the Nordics, the Netherlands, New Zealand, Switzerland – are all wealthy. Money matters. Yet countries with similar GDPs record different levels of citizen life satisfaction, and some poorer nations, such as Costa Rica, score highly. A nation’s success at converting “wealth into wellbeing” mostly comes down to its ability to eliminate sources of unhappiness, says Wiking. Some who have struggled to do this include Italy, where women are “significantly” less happy than men because of gender inequality; Spain, where high youth unemployment affects morale; and South Korea, where pressure on young people’s academic performance has been linked to high suicide rates. Conversely, Denmark’s widespread access to education and healthcare remove anxiety- inducing competitiveness. “I like to say the Nordic countries are not the happiest in the world – they’re the least unhappy,” comments Wiking.

Education to Make us Human: What’s Kindness, Love, Compassion, or Beauty Got to Do With Teaching and Education?

What if Universities Taught KINDNESS?

A timeless reflection on two types of teaching and learning

'Nationality aside, if an individual made a conscious effort to try to become happier, is success possible? Or do genetics and other factors mean we’re forever glued to one point on the smile spectrum?

“I don’t think you are stuck,” says Wiking, and he’s backed up by the positive psychology discourse that has been ascendant since the late 1990s, which suggests change is possible. But it’s not a quick fix – as others attest.

“I do not believe books or lectures alone are sufficient to make behavioural changes to any great effect,” says Bruce Hood, a psychology professor who runs the science of happiness course at Bristol University. “Knowledge is not enough and, as Aristotle pointed out, action is needed,” he says, meaning you need to work hard to develop new behavioral habits that might contribute to a peppier mindset – something that apps and courses can perhaps encourage.

University students are crying out for mental health wellbeing modules

'Even so, perspective is needed to see past the smoke and mirrors, and aspirational marketing speak. We’re forever hopeful we might become a bit cheerier if we buy this product or attend that class, and plenty of entrepreneurs are only too happy to indulge us. Like its self-help cousin, the happiness sector “is populated with some charismatic individuals who possibly over-sell the promise of everlasting happiness,” says Hood.

'A lot of the information given, even from respected experts, is obvious. “I wish there was a silver bullet, but that’s not the case,” says Wiking. “I think you know a lot of the things I’m telling you: that your relationships matter, having a short commute and a fulfilling job matters, having enough money to get by matters, comparisons to others matter.” Yet even if people do already know, he says, we “need to be reminded of things – such as the fact that more money does not always translate to more happiness.”

Are you physically and emotionally drained? I know of a good and cost-free solution!

'His advice, if you feel your happiness level is jammed on a five out of 10, is to ask yourself: what would lift you to a six? If you’re lonely it might mean joining a club (they’re a big thing in Denmark) to see if you can strike up new friendships. “The secret is that there’s no secret,” says Wiking. The mere act of consciously turning our mind to what could make us sunnier is a start.'

Happy Moments by Meik Wiking is published by Penguin at £9.99. Buy it for £9.29 at guardianbookshop.com

See the original article:Cheer up! The happiness guru on how to feel better

'Lockdown relief': Why some people are thriving during the pandemic Social Sharing

Q&A: Why some people’s wellbeing has improved during the pandemic