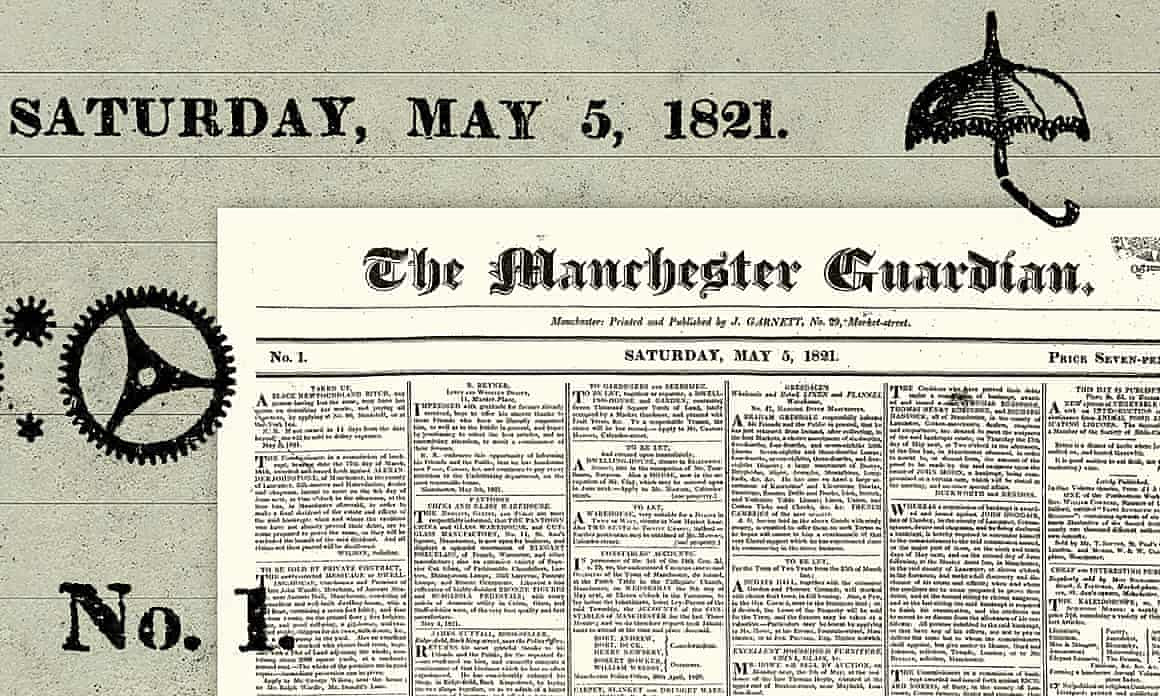 The first edition of the Guardian in 1821. Composite: Miles Probyn/The Guardian

The Guardian’s first ever edition – annotated

On this momentous day I wish to give my heartfelt thanks to a wonderful teacher. In 1972 I attended Oxford College of Further Education studying English as a Foriegn Language. One of my instructors, a  very kind lady, as I recall, introduced us to the Guardian. We used to read a few articles a week and discuss them in the classroom.

It goes without saying that, this was life-changing for me. Since 1972 I have been reading the Guardian every single day.

I owe a lot to the Guardian for nourishing and nurturing my intellectual development and for sustaining me in this challenging and troubled world. I would not have been who I am and what I do and believe without the Guardian. For that I can not be grateful enough.

Thank you also to that kind lady in Oxford College for her initial introduction. 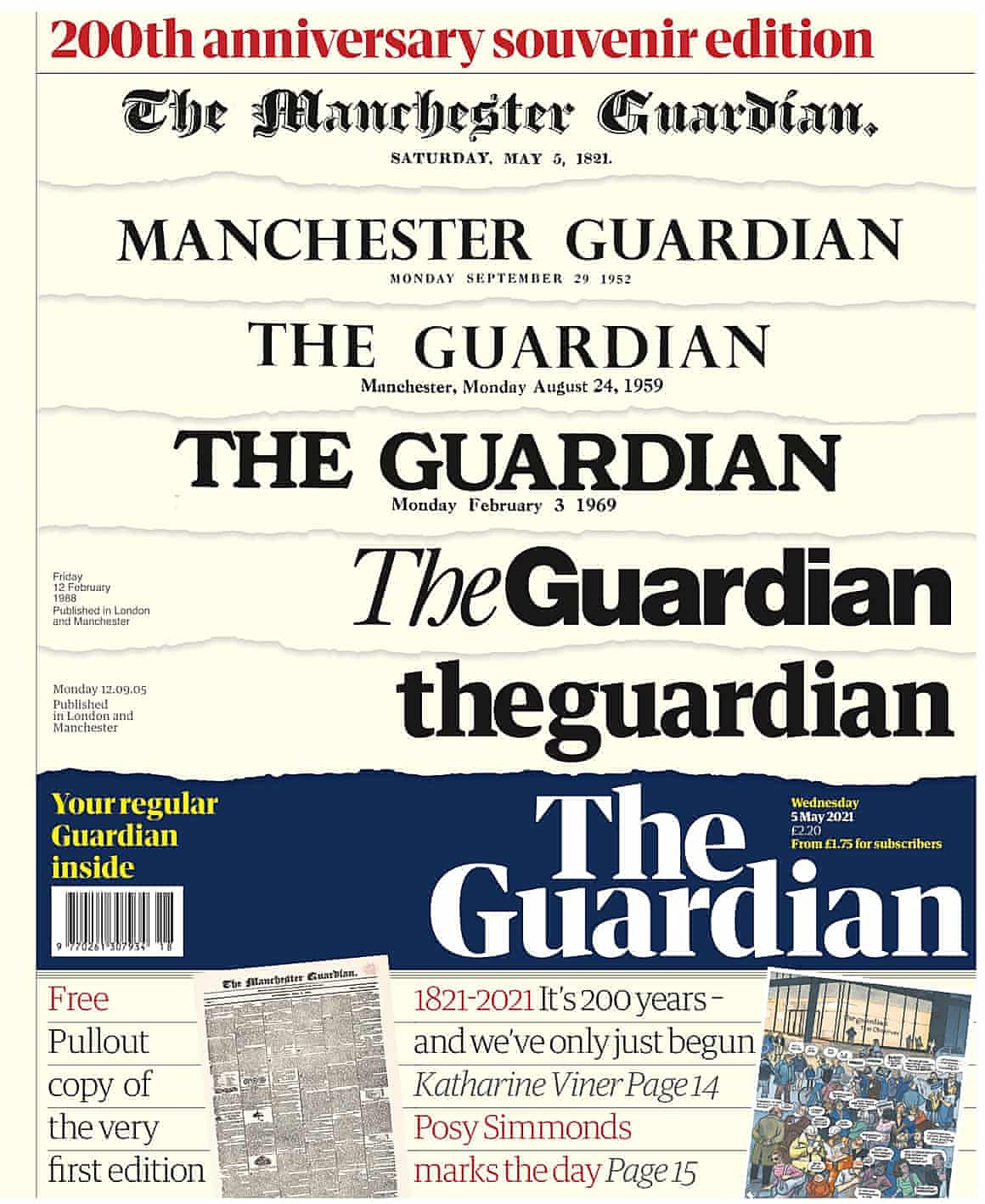 ​'Today marks a very special moment in the history of the Guardian. It is exactly 200 years since a Saturday in 1821 when, in the aftermath of the Peterloo massacre, a four-page weekly first appeared in Manchester for the princely sum of seven pence. More than 54,000 editions - and several million articles - later, we're proud to say we're older than Germany, fish 'n' chips, the FA Cup, the New York Times, the bicycle and the state of Texas. The Guardian has come a long way since that first print run of 1,000 copies. Now we have tens of millions of readers around the world, and 1.5 million supporters in more than 180 countries. It is your anniversary to celebrate too, as your support galvanises our work, making possible the kind of journalism that makes a difference.'- Katharine Viner, Editor-in-chief, The Guardian

Times change but the Guardian’s values don’t: 200 years, and we’ve only just begun

For me, this is a moment to reflect on what the Guardian is for and where it is going. I had expressed my thoughts and feelings about the Guardian in an earlier posting in 2012 ‘Can the Media be for the Common Good?’ And later on in 2020 ‘I always knew that the Guardian and the BBC are the BEST’

Finally, we should know what a precious gem the Guardian is when we compare and contrast it with Murdoch’s Carnage and His Evil Empire

'The Guardian has published more than 5m pieces of journalism since 1821. With the help of staff, readers, supporters and alumni we pick 200 of the most powerful, and ask Guardian staff past and present to reflect on their enduring appeal. Day four: injustice, from race to exploitation.'

The 200 Moments That Made the Guardian