‘Chairman Leo’- Academic and Activist: A Brilliantly Kind Man and an Intellectual Giant for the Common Good

A Man Who Projected Light and Hope on to the World 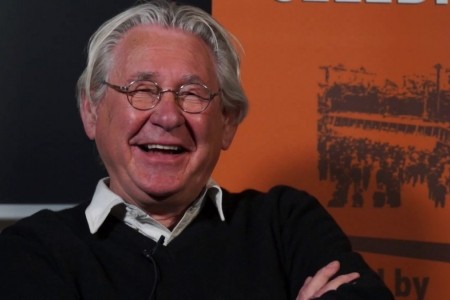 ‘We are devastated by the passing of Distinguished Research Professor Emeritus Leo Panitch and send our most heartfelt condolences to his family. Leo was the quintessential public intellectual. Informed by Marxist thought, he was a stalwart of social justice who helped us grasp the causes of oppression while offering a socialist vision of a different kind of world, one where people come before profit. Even in these difficult times, Leo saw “the hopeful side.”* Leo was also our colleague, the person with whom we shared the sixth floor of the South Ross Building at York University. He holds a special place in the hearts and minds of those of us who studied and worked closely with him. And we know that we will honour Leo's memory by continuing the struggle for justice in our backyards, neighbourhoods, cities, countries, and indeed globally. In Leo, we recognize that what we do as scholars matters. It matters when scholarly research is aimed at confronting injustices and pursuing a vision for a better world. It matters when the university and social justice communities collaborate and come together. It matters when the academy harnesses its resources for the many, not the few, for those oppressed, not the privileged...Rest in power, Leo. You will be deeply missed and never forgotten.’

It is my honour that with total humility, I share with you a brief synopsis on the life, time and work of a Canadian academic legend, a beloved teacher, a man on a mission to build a better, fairer world, not for the few, but for the many, a man for the common good.

He was affectionately known as ‘Chairman Leo’.

At the time when many academics have sold their souls, have become cheerleaders for a neoliberal, values-free and corrupted education, and the cheap promoters of a soulless and heartless education model, by becoming Thatcherite academic entrepreneurs, collecting eye-watering salaries, bonuses and benefits, whilst their students languish in pain, fear, hopelessness, suicides, poverty and debts, it is heartwarming to note that there were and indeed are, legends like ‘Chairman Leo’ a beacon of light and hope in this dark world of neoliberalism and pseudo-education for sale to the highest bidders, when the outcome has been the ‘education’ of 'monsters', the architects of destruction, those who got their MBAs and PhDs and went on to give  the world the financial crisis of 2008 with its continuing mayhem around the world.

This failed education, manifesting itself in human misery and despair, in turn, facilitated the rise of the far right, populism, Brexiteerism, Trumpism and other social ills, lest we forget.

I consider it a devastating personal loss that I did not receive the gift of meeting Prof. Panitch in person. But, at least, I feel very grateful to have been blessed and inspired by his writings, ideas and vision.

All in all, may God grant Leo eternal rest; he was, in the old idiom, a man of peace and justice, an educator with the highest moral compass, a role model for many, who, if required, may still be a peacemaker in heaven.

By Colin Leys, honorary professor at Goldsmiths University of London

‘Leo Panitch, who has died aged 75 from Covid-19, shortly after being diagnosed with cancer, was a Canadian researcher, teacher and public intellectual whose work had a profound impact on the thinking of democratic socialists in several continents, not least in the UK.

He worked on two main questions: could social democratic parties become capable of transforming capitalist societies rather than just periodically managing them? And what did globalisation mean for socialists facing that challenge – was it really the end of the nation state, as received opinion held?

A student of the sociologist Ralph Miliband, to whom he became close (he was godfather to Ralph’s son, Ed, the former Labour leader, and remained close to him in turn), Leo first took up the question posed by Ralph of whether the Labour party could become a vehicle for socialism. The defeat of “Bennism” seemed to confirm Miliband’s earlier judgment that this was impossible, and in his first treatment of the issue, The End of Parliamentary Socialism (1997), which we wrote together, Leo agreed; but he thought that the contradictions of neoliberalism would eventually lead to a groundswell of popular support for a socialist project.

When this happened, and led to the election of Jeremy Corbyn as Labour leader in 2015, and the dramatic jump in Labour’s support in the 2017 general election, Leo was ready to reconsider. He followed the Corbyn project closely, concluding that while it had eventually foundered on Brexit, its heavy defeat in 2019 was also due to serious failures of strategy.

What emerged from this work, and a study of the parallel socialist projects occurring in Greece, Spain, the US, Brazil and elsewhere, was a sophisticated analysis (in The Socialist Challenge Today, 2018, and Searching for Socialism, 2020) of the lessons that democratic socialists everywhere must learn if they were to make a lasting advance in the impending new crisis of the capitalist system. Above all, it was essential to re-embed socialist parties in the lives and struggles of working people.

The advent of globalisation in the 1980s had led Leo to undertake an ambitious programme of research that finally led to the publication in 2012 of a landmark study, The Making of Global Capitalism. Against the commonly held view that internationalisation bypassed and weakened states, Leo and his co-author Sam Gindin demonstrated that, under globalised capitalism, states had instead become responsible for establishing the conditions for the successful operation of both foreign and domestic capital; the American state, in particular, played a central role in facilitating and superintending the making of this new world order. And while some argued that capitalism, and especially American capitalism, was in decline, Leo and Gindin showed that the relevant crisis was not economic – profits were in fact growing – but one of delegitimation.

Growing inequality, worsening working conditions, chronic insecurity and politicians’ repeated failure to deliver on their promises were ushering in an era of turbulent politics, prompting the rise of both the far right and a new left. This reinforced the prime challenge for socialists that Leo had long emphasised: developing working classes into social forces capable of leading the struggle to transform their own states, while preserving an internationalist sensibility that escaped nationalist scapegoating.

Leo’s academic work was widely cited and respected – he received numerous academic honours – but his impact was at least equally due to his role as an international public intellectual of an unusual kind; and this in turn had much to do with having grown up in the historically radical North End area of Winnipeg, Manitoba, where his father worked as a fur cutter. His default identification was always with workers: wherever he went he connected with activists and keenly interrogated their analyses of the political issues they confronted.

Born in Winnipeg, the younger son of Max Panitch and his wife, Sarah (nee Hoffman), Leo was an undergraduate at the University of Manitoba, where he met and, in 1967, married Melanie Pollock, who would become a pioneering professor of disability studies. A Commonwealth scholarship took them both to London, the LSE and Miliband.

Leo’s first academic appointment, in 1972, was at Carleton University in Ottawa; he moved to York University in Toronto in 1984. As professor and chair of the department of political science at York, where he remained until retirement in 2016, he created a culture in which progressive work could flourish, including a wide variety of non-sectarian Marxisms, which attracted students from around the world (and earned him the affectionate sobriquet of “Chairman Leo”).

It may be too strong to say, as one former student claims, that “almost all innovations in western Marxist thinking can be traced back to this department” in those years, but its theoretical vitality under his chairmanship had few parallels, and outstanding students went on to play important intellectual and sometimes political roles in half a dozen countries.

After moving to Toronto, Leo also took on the co-editorship of the international annual the Socialist Register, and was still editing it at his death 35 years later. He used to say that the reason why hardly any author, however eminent, declined an invitation to write for it, was its high reputation for quality. The truth was, however, that Leo was someone no one could refuse.

He was a big man in every sense, who combined formidable theoretical skills and knowledge with an infectious love of life – jazz, baseball, food, theatre, art, history and friendship. All this, along with his honesty and gifts as a speaker, his faith in the young and his immense generosity, made him universally admired and loved.'

He is survived by Melanie, their children, Maxim and Vida, grandchildren, Ellen, Dean and Sara Rose, and his brother, Hersh.

Tributes to Leo Panitch from Around the World