A Reflection on the Global Impact of Depression 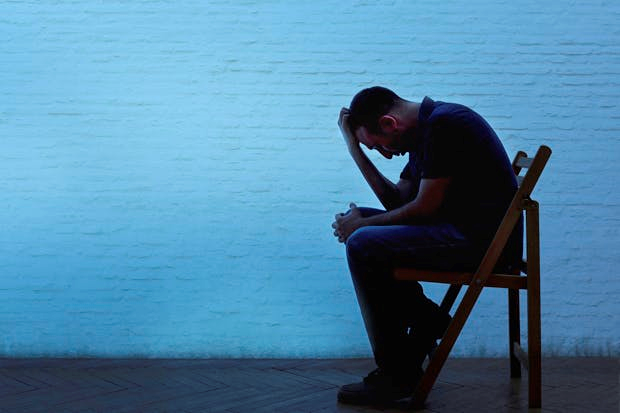 In January 2011 I wrote an article under the heading of Why Happiness Should be Taught at Our Universities? where I wrote about life’s bigger questions in our search for happiness.“What are the Biggest Questions? I had asked. “Questions which are Deeply Spiritual” I had noted. Questions such as the ones below:

“What is it for a human life to be going well and be happy? What is the value of happiness, and what is the relation between the value of happiness and other types of values, especially moral and ethical values? What is the source of true happiness and well-being? What is the good life? What is the purpose of economic life? What is true affluence? What is genuine wealth? Does money hold the secret to having a happy life? Should money be a means to an end or the goal itself? Other questions include: What is education? What is knowledge? What is wisdom? What is a University? What does it mean to be a human being living on a spaceship with finite resources? How can we contribute to creating the new civilisation for the common good?”…

And now, we couldn’t have clearer evidence of what I had written in 2011 than a recent research study of Depression in the journal PLOS Medicine: “Depression: 'Second biggest cause of disability' in world”

Let me first quote you the Editors' Summary below:

“Depressive disorders are common mental disorders that occur in people of all ages across all world regions. Depression—an overwhelming feeling of sadness and hopelessness that can last for months or years—can make people feel that life is no longer worth living. People affected by depression lose interest in the activities they used to enjoy and can also be affected by physical symptoms such as disturbed sleep. Major depressive disorder (MDD, also known as clinical depression) is an episodic disorder with a chronic (long-term) outcome and increased risk of death. It involves at least one major depressive episode in which the affected individual experiences a depressed mood almost all day, every day for at least 2 weeks. Dysthymia is a milder, chronic form of depression that lasts for at least 2 years. People with dysthymia are often described as constantly unhappy. Both these subtypes of depression (and others such as that experienced in bipolar disorder) can be treated with antidepressant drugs and with talking therapies.”

In summary, The study compared clinical depression with more than 200 other diseases and injuries as a cause of disability.

Dr Alize Ferrari from the University of Queensland's School of Population Health led the study. In an interview with the BBC News, she noted that:

"Depression is a big problem and we definitely need to pay more attention to it than we are now."

"There's still more work to be done in terms of awareness of the disease and also in coming up with successful ways of treating it.

Policy-makers had made an effort to bring depression to the forefront, but there was a lot more work to be done, she added.

"There's lots of stigma we know associated with mental health," she explained.

"What one person recognises as disabling might be different to another person and might be different across countries as well, there are lots of cultural implications and interpretations that come in place, which makes it all the more important to raise awareness of the size of the problem and also signs and how to detect it."

Commenting on the study, Dr Daniel Chisholm, a health economist at the department for mental health and substance abuse at the World Health Organization said depression was a very disabling condition.

"It's a big public health challenge and a big problem to be reckoned with but not enough is being done.

"Around the world only a tiny proportion of people get any sort of treatment or diagnosis."

Depression: 'Second biggest cause of disability' in world, BBC News

The Story of the GCGI: Why Love, Trust, Respect and Gratitude Trumps Economics: Together for the Common Good

Our Crises are not merely Economic but Spiritual: A Time for Awakening

“What does Spirituality Mean to You?”