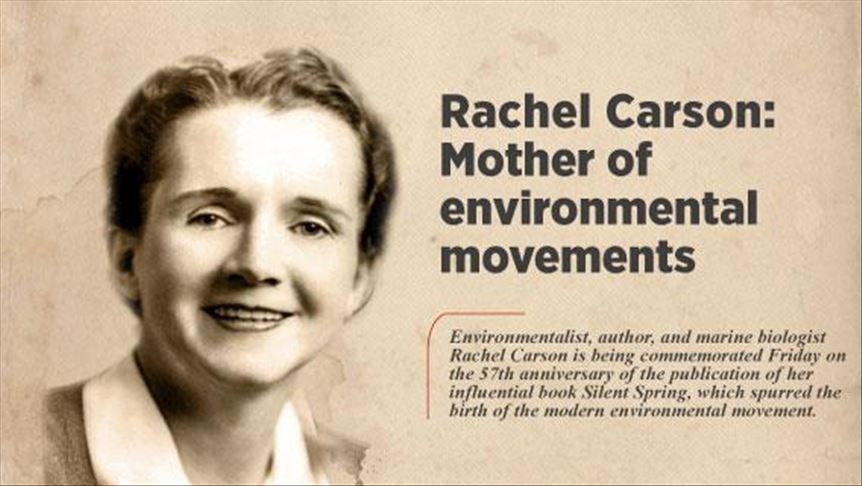 ‘Let us remember Rachel Carson this April 14th, 2014, fifty years since her death.  May her memory enliven our hearts and give us the endurance and passion to fight the battles we need to fight in order to be able to pass on to our children and our grandchildren a beautiful world teeming with the diversity and abundance of life.’

'For all of the harm we have caused the natural world since the time of Rachel Carson, at least the springtime is not as yet silent.  We are faced though with the prospect of serious climate change, compromised eco-systems, habitat loss, over hunting, over fishing and a multitude of invasive species, all occasioned by human economic activity, greed, and a refusal to modify even in small ways, our lifestyles. But with the coming of the blossoms of spring today; we can still relish the songs of countless aviary species.  Spring has not been rendered silent.' 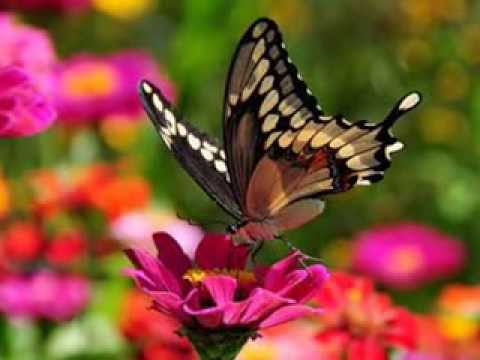 'What a fate that would have been!  How the world would have been impoverished had it occurred.  DDT and many other pesticides have since been strictly regulated.  And we have Rachel Carson to thank. With the publication of Silent Spring in 1962, which occurred after the extinction of the Passenger Pigeon, Rachel Carson played a crucial role in getting the world to take seriously numerous environmental threats, among them the threat to birds from the unrestricted use of pesticides.  A species so numerous that very few ever contemplated could go extinct, the Passenger Pigeon, had gone extinct and rather quickly in the early 1900’s.  The public could easily imagine what spring would be like without the songs of birds.  And the public didn’t care much for such a thought.  Rachel Carson thus paved the way for the environmental movement, for the Wilderness Act, for the creation of the EPA, along with stricter controls on pesticides.

'We are now at a critical juncture.  The environmental movement has stalled, even as climate change intensifies, polar bears face disruption and even extinction, as do the few remaining wild elephants, lions, tigers, gorillas, and grizzlies.  In addition many species of birds remain threatened, so much so that unless human beings choose to vastly constrain and modify their actions we may in the foreseeable future face the resurgent threat of a far too real silent spring.

'The very magic and meaning of human life is at stake.  The quality of human life depends upon our linkages and connections to the natural world.  The very real prospect of massive specie loss fills my heart and soul with an incredible sadness.  Human beings may well continue to exist physically for quite some time, for thousands of years even, on a plundered planet without wilderness, and without an abundance of other species and biodiversity.  But a world without wild lions, without elephants and polar bears, without gorillas in the wild, and cougars in the mountains, just as readily as a spring without song, will be an impoverished world where human joy and happiness are in short supply.

'What kind of world do we desire to pass on to our children and to our grandchildren?  The greatest gift, the greatest inheritance, that we can pass on to posterity is a rich natural world abundantly filled with biodiversity, harmony, and the beauty of this earth. There is treasure in the roar of a lion, in the howl of a wolf, and in the caw of a raven.  There is majesty in the flight of an eagle, in a whale breaking the water’s surface taking a breath, and a ram scaling a cliff.  There is a marvel in the gaze of a grizzly, in the race of a gazelle, and the gate of a bison.

'Yet there is little that any of us can do to stem the tide of ecological destruction as individuals.  There is little we can do alone to pass on to future generations the beauty of the natural world.  Voluntary efforts, except as they give encouragement for ultimate collective action, will not be sufficient.  We as both national and global communities need to devise bolder incentive structures which safeguard the environment.  So very much needs to be done and on so many different levels, global, national, and local.  What comes foremost to mind, particularly for the sake of guarding against a potential future silent spring?

'A greater amount of public lands with wilderness designation and enhanced protection is absolutely essential in order to maintain, safeguard, and expand critical habitat for wildlife.  Agencies charged with protecting wildlife from poachers and other threats, with safeguarding our air, water, and soil, and with eradicating invasive species need expanded enforcement powers, increased staff and budgets, as well as better state of the art technology.  Penalties for environmental and wildlife infractions need to be dramatically increased.  Regulatory mandates must sunset particularly troublesome production methods and products.  And an assortment of fines, taxes, and penalties must be used to discourage fossil fuel consumption even as subsidies and other incentives are combined to encourage the development of clean energy solution.

'As a child I remember going to the Cincinnati Zoo in the late 1950’s and early 1960’s, close to my home, and looking at the memorial to the Passenger Pigeon there.  The last known Passenger Pigeon died at the Cincinnati Zoo on September 1, 1914.  Her name was Martha.  I remember thinking then what would it be like to be the last of one’s species still alive, awaiting death?  It struck me as such an utter tragedy as a child. At risk of exposing my childhood sentiments, I could imagine the loneliness Martha might have felt before her death, such a tragedy it seemed to me then.  Yet it is a tragedy that we are likely to repeat again and again even as we have already repeated it many times since. Unless we human beings find ways to restructure our economic systems and our lifestyles many species will follow Martha into extinction even as many others flounder far from flourishing, so close to extinctions door.

'Rachel Carson’s book Silent Spring was published shortly after my ninth birthday.  My parents gave me a copy of Silent Spring for Christmas 1962.  I made the connection to the fate of the passenger pigeon.  It was quite easy for me as a child to envision what a spring time without song birds would sound like.  I could hear in my mind the soulless soundless lack of joy and happiness filling the air.  I think I became an environmentalist that Christmas of 1962 and I have my parents and Rachel Carson to thank.

'Let us remember Rachel Carson this April 14th, 2014, fifty years since her death.  May her memory enliven our hearts and give us the endurance and passion to fight the battles we need to fight in order to be able to pass on to our children and our grandchildren a beautiful world teeming with the diversity and abundance of life.'

KAMRAN MOFID’s GUEST BLOG: Here on The Guest Blog you’ll find commentary, analysis, insight and at times provocation from some of the world’s influential and spiritual thought leaders as they weigh in on critical questions about the state of the world, the emerging societal issues, the dominant economic logic, globalisation, money, markets, sustainability, environment, media, the youth, the purpose of business and economic life, the crucial role of leadership, and the challenges facing economic, business and management education, and more.