Brexit: The Key Lessons- Now is the time for hope to build on the ruins 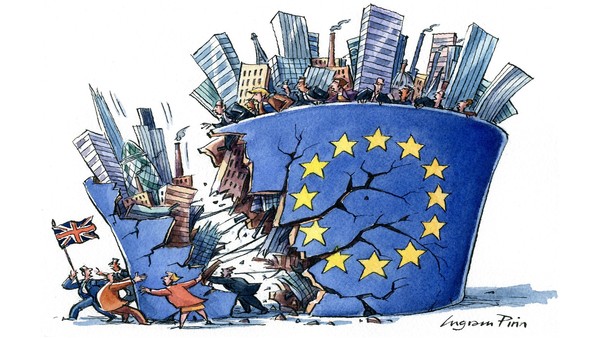 It seems we were right all along: We need Globalisation for the Common Good and an economy that works for many and not the few

Call me an idealist, a dreamer, whatever. But, believe me, unless we address and tackle the causes of injustice, inhumanity, poverty (spiritual and material), inequality, loneliness, anger, frustration, hopelessness…, resultant from neo-liberal economic policies, then, the world falls deeper and deeper into the abyss.

A lot has already been written on the Brexit, what happened and why. Many have suggested many reasons, whilst offering many different solutions. I, myself, have many thoughts in my own head. But one thing is clear to me:

People rose against injustice, unfairness, inequality, the misery that has been unleashed on them by a group of self-serving elites, who have ignored the masses, inflicting pain and anguish on them, through their feral economic policies and capitalism, austerity, cut backs, lack of investments, corruption and more; so that they can give more and more to their friends, the 1%.

It is so very tragic that so many people, mistakenly and wrongly, decieved and fooled by a sense of pseudo-nationalism and patriotism, took their revenge on the “foreigners” the “immigrants” that the heartless leaders were telling them to be the cause of their misery, turning the otherwise not bad people into racism and xenophobia.

Again, as in the past, whipped into a patriotic fervour, the hateful elites banged the drum of nationalism, ensuring people vote against their own self-interest and against each other.

This is not new: Hitler did it in Germany, Nigel Farage, Boris Johnson and others like them have done it now in Britain, and it seems Donald Trump is on the way to do it in the US. How sad and tragic for the masses to be fooled like this, time and again. 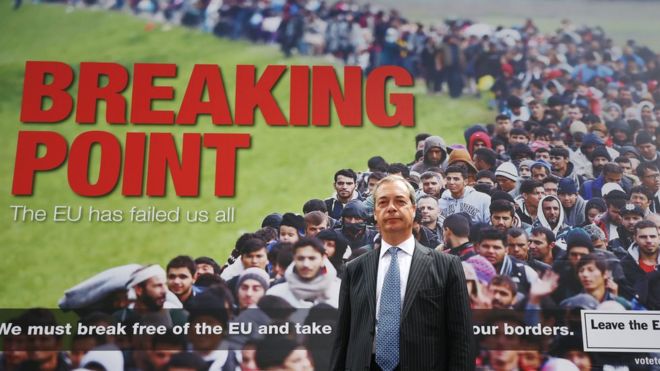 Nigel Farage: one of the leading proponents to leave the EU, standing infront of his immigrant poster which many people believe depicts "echoes" of the 1930s literature 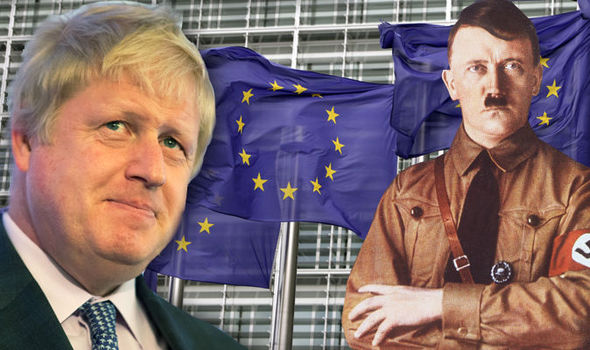 The EU’s goals and ambitions are the same as Hitler’s: Boris Johnson

Today, somehow, I find myself in agreement with Gordon Brown:

“The elephant in the room is globalisation – the speed, scope and scale of the seismic shifts in our global economy. And the most obvious manifestation of the world we have lost is the hollowing out of our industrial towns as a result of the collapse of manufacturing in the face of Asian competition. These towns are home to a disproportionate share of the semi-skilled workers who feel on the wrong side of globalisation and who opted to vote leave. Unable to see how globalisation can be tamed in their interests, they have, not surprisingly, become recruits to an anti-globalisation movement whose lightning rod is migration. To “take back control” seems the only way to shelter, protect or insulate yourself against global change.”

Now the pertinent questions are: What is to be done?  How may we move forward? How may we create a better world for the common good, where all peoples can live in peace and harmony with dignity?

I have offered my suggestions, time and again, over the last many years. I offer them, once again. Hopefully, one day, somehow, they will land on some listening ears. Who knows! I remain hopeful.

2-    Education for Wisdom: To Stop the Fooling of the Masses

3-    What we need is Globalisation for the Common Good

4-    We need Economic Justice: Economy for the Common Good

So yes, there is a lot to despair and to be angry and frustrated at what has happened. But, then, we should raise our eyes to where hope lies:

Simple Life, Education for Wisdom, Globalisation for the Common Good and Economic Justice for all.

Postscript: A word of caution from Julius Caesar

Today I was watching Prime Minister’s Questions on television. Mr. Cameron and others, time and again, talked about the patriotism of the British people, exercising their patriotic right, deciding their patriotic future, or words very much to that effect.

Whilst listening I was reminded of a quote from Julius Caesar writing on patriotism, very relevant to what is going on in Britain today:

“…For patriotism is indeed a double-edged sword. It both emboldens the blood, just as it narrows the mind. And when the drums of war have reached a fever pitch and the blood boils with hate and the mind has closed, the leader will have no need in seizing the rights of the citizenry. Rather, the citizenry, infused with fear and patriotism, will offer up all of their rights to the leader and gladly so. How do I know? For this is what I have done. And I am Julius Caesar.”