Texting and Tweeting: Are we here or there, present or absent?

Texting and Tweeting: Where are they? Here or there? Present or absent?

In December 2012 I posted a blog, reflecting on my experience with Facebook and other social media under the title of Is the Web Driving Us Mad? Where I wrote:

“The other day, I “Successfully” de-activated my Facebook account. I say “Successfully”, because Facebook does not make it easy to say good bye, even though I was just trying a short-term separation and not a divorce! At least for now. {Since then, I have now permanently deleted myself from Facebook}

You know, given human weaknesses to addiction, that is any form of addiction, I thought I was watching me and watching you to see if you were watching me, a bit too much: Watching who likes or unlike whatever I post there. As if one click here or there is enough for me to know how good or bad I am doing!

My mind was going “digital” and I was becoming “virtual”: And I said to myself, Hey Kamran, watch where you are going man!

I thought I needed a time out, a time for some reflection and soul-searching. I do not know if you, too, are facing the same or not.”…

Today I was listening to the Chris Evans Breakfast Show on BBC Radio 2, when Rabbi Pete Tobias of the Liberal Synagogue, Elstree, presented the ‘Pause For Thought’.

His talk was music to my ears. I very much felt vindicated for my initial thoughts about all the so-called ‘Social Media’.

Let me share with you what the good Rabbi had said: 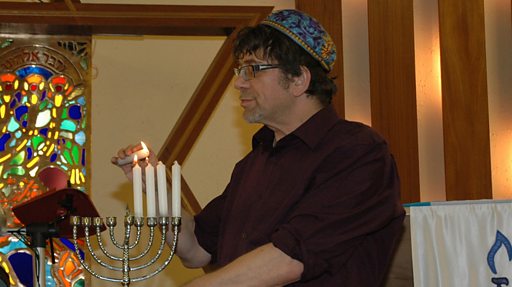 “I saw a sign the other day that read ‘In the event of a fire please leave the building before tweeting or texting about it.

We live in an age of instant communication where, it would seem, unless we tell others what’s happening to us by text or with a photograph, we aren’t actually experiencing it.

Kate Bush, who started her run of London gigs this week, told her fans ‘It would mean a great deal to me if you would please refrain from taking photos or filming during the shows. It would allow us to all share in the experience together.’

Roger Daltrey of the Who has also questioned why music fans spend more time filming and texting than watching the actual performance.  He said: ‘Looking at life through a screen and not being in the moment totally - if you're doing that, you're 50% there, right?’

He’s right - we seem unable to live in the present, operating instead in some kind of future past tense, where we do things simply in order to recall them later.

If we cannot find moments of value in our days, we may end up living out Shakespeare’s famous words in what I believe I have to call ‘The Scottish Play’ – ‘Tomorrow and tomorrow and tomorrow, creeps in this petty pace from day to day… a tale told by an idiot, full of sound and fury, signifying nothing.’

Maybe that’s why we feel the need to photograph or text so much; to enable us to appreciate that some moments do have significance. Though he lived in the 11th century when there were no mobile phones or cameras, Jewish philosopher Bachya ibn Pakuda seems to anticipate our obsession with capturing special moments. ‘Days are like scrolls,’ he said. ‘Write on them what you want to be remembered.’

But memorable moments are only memorable if we are fully present in them. And if we spend too much time trying to record them in pictures or texts, we may end up regarding life as no more than a walking shadow, a poor player that struts and frets its hour upon the stage – or a series of images on a social media site. Surely there must be more to life than that.”