Are you profit maximiser? Then, be generous. It will be good for you! 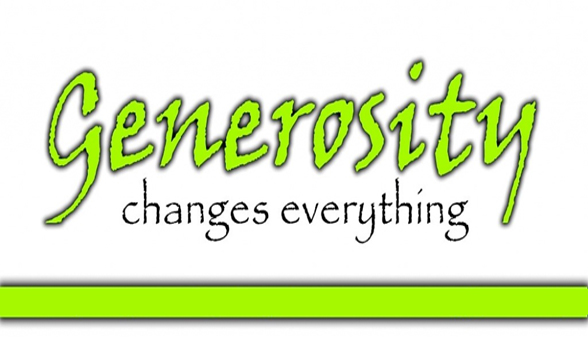 ‘Generosity is paradoxical. Those who give, receive back in turn. By spending ourselves for others’ well-being, we enhance our own standing. In letting go of some of what we own, we ourselves move toward flourishing. This is not only a philosophical or religious teaching; it is a sociological fact. . . . [In] failing to care for others, we do not properly take care of ourselves.’+

In December 2014, I wrote a Blog Economists Stop teaching 'The World's Dumbest Idea'! where I highlighted some of the most hypocritical and questionable teachings of the neo-liberal economists, when they champion  profit maximisation, cost minimisation and the highest return to shareholders as a necessary requirement for a ‘successful’ business.

Today, I was pleased to read an article that even Walmart has concluded that this neo-liberal prescription for ‘business success’ is false. Walmart will spend $1bn to boost the wages of half a million low-paid workers, as the largest private sector employer in the US responds to public disquiet over income inequality. According to Walmart 500,000 full-time and part-time workers at its US stores would get pay rises by April, as part of a move to ensure that its 1.4m-strong workforce is paid at least $9.00 an hour — $1.75 above the federal minimum wage. By February 2016, all its existing workers will be paid at least $10.

Given the significance of this, I wish to share some excerpts from the article with you.

“Why Walmart’s raise is good for business”*

…“But another reason why profit-maximising companies are beginning to pay more than they need to is that this, well, maximises profits. There is overwhelming evidence that when businesses pay better, they increase productivity for a whole range of reasons: less employee turnover, better performance, less absenteeism and ill-discipline, less need to supervise workers. And while academic evidence bears it out, we do not need more than common sense to see that it is hard for workers to focus on the job if they are chronically stressed about how to make ends meet. In fact, all this suggests companies that pay more than they can get away with may have an advantage over their competitors, as their overall production costs go down, not up.

Higher wages for the lowest-paid may even have productivity effects beyond the companies that implement them. A falling labour share of income is a probable culprit for the shortfall of demand that has delayed recovery and is even blamed for miring us in secular stagnation. And the evidence is accumulating that high inequality retards economic growth.

So the broadening move to lift wages at the bottom of the scale should be roundly welcomed. In particular, we need not fear negative macroeconomic effects. If it is widespread enough to show up in wage inflation figures, it should also, for the reasons listed above, improve productivity in the economy, which means it need not translate into the kind of price inflation that would trigger higher interest rates.

All this raises a further question: if higher pay is so good for the companies themselves, why do we see poverty-level wages to begin with? This is a question that always stumps an economist: if a free lunch is available, why has it not already been eaten?

The answer is that businesses, like everyone else, are influenced by ideas and learn from experience. But popular ideas may be incorrect; and learning frequently comes only after first getting it wrong. So maybe, just maybe, US business is beginning to realise that greed is not always good, and its more than three-decades-long infatuation with short-sighted profit maximisation does not deliver what it promised.” 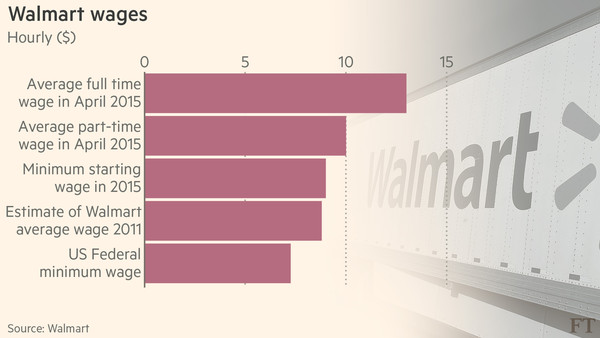 *The excerpts above are taken from an artile by Martin Sandbu which was first published in Financial Times on 19 February 2015:

Why Walmart’s raise is good for business - FT.com

Build a Better World: The Healing Power of Doing Good

A Businessman and an Economist in Dialogue for the Common Good: Dubai 2004

Adam Smith and the Pursuit of Happiness