UK General Election 2015- Why the Progressives failed so badly? 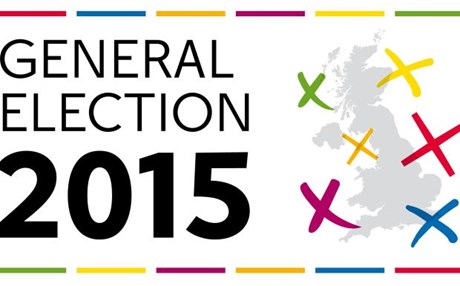 ‘What the left needs is an account of how the suffering we experience in our personal lives stems from capitalist values, and to replace this system with one built on values of love and caring’

A Time for Reflection and a Time for Soul searching

Last night, the politics of fear and grievances won and progressiveness failed.  Already many millions of words have been written on why the Progressive parties lost the election, on what went wrong; and moreover, how we might steer the path to progressiveness which might encourage us to take action in the interest of the common good.

I was searching for some answers myself. And then, I remembered a gem of an article I had read by a good friend of mine, Rabbi Michael Lerner, the editor of Tikkun Magazine, addressing the same question about the loss of elections by the Progressives in the US.

I returned to the article and read it again. I found that it answers my question/s: Why and How the Progressives are losing elections to the right-wingers, and moreover, what the Progressives need to do to overcome their shortcomings and get their message out.

I have noted some key excerpts from the article below. At times I have quoted them directly and at other times I have paraphrased Rabbi Lerner’s words and sentences to relate them to the UK- when I changed the US to the UK, or Americans to British, etc.

“Why the right keeps winning and the left keeps losing?

1. Most of us in Britain these days work in an economy that teaches us the common sense of global capitalism: “Everyone is out for themselves and will seek to advance their own interests without regard to your well-being, so the only rational path is for you to seek to advance your own interests in the same way. Those who have more money and power than you have are just better at seeking their own self-interest, because this is a meritocratic society in which you end up where you deserve to end up, so stop whining about the differences in wealth and power, because if you deserved more you would have more.” People internalize this message as self-blame, feel terrible about themselves for not having been more successful, and believe that this is “reality” as opposed to just a particular way that a society with vast inequalities allows the rich to justify their wealth and their ability to buy support for continuing inequality from both major political parties.

2. Now here is the central contradiction: most people hate the selfishness and materialism that this worldview tells them is inevitable. They can see all around them how hard it is to be hopeful in this kind of reality. They believe that it is in stark contrast to the values they would like to live by. But simultaneously they also believe that the logic of capitalist society is the only possible reality, given the huge power of the wealthy, and that they would be fools not to try to accept that these are the rules of the game and that they would only be hurting themselves if they didn’t protect themselves from what they’ve come to accept as the inevitable betrayals and pervasive selfishness that this kind of society guarantees will meet them at almost every turn in their lives. This message is reinforced in our workplaces and also by almost every sitcom and television news story available. But most people hate that this is the case. They often will tell you, “Everyone is selfish and materialistic, so I’d be a fool to be the one person who is caring for others in a world where everyone is just out for themselves.” Unconsciously, many people adopt the values of the marketplace, and these values have a corrosive impact on their own friendships, relationships, and family life.

However, it is the ethos of capitalism that is destructive to loving relationships, families, and caring communities. Yet this is rarely discussed by liberal or progressive organizations, though doing so would start to suggest to people that we actually cared about these issues which are normally described as “personal” but are in fact a perfect example of how the personal is political—because they are so massively impacted by the values that are being instilled in all of us by the workplace, the marketplace of consumption and the media.

3. Most of the Left have little understanding of this dynamic and rarely position themselves as the voice challenging the values of the marketplace or the instrumental way of thinking that is the product of the materialism and selfishness of the competitive marketplace.  They imagine that if they can put forward a pro-working class economic programme, that will be sufficient to change the dynamics of politics.

They are right that they need a coherent vision, but it can’t solely be an economic populism. What people need to hear is an account of the way the suffering they experience in their personal lives, the breakdown of families, the loneliness and inability to trust other people, the sense of being surrounded by selfish and materialistic people, and the self-blaming they experience when their own relationships feel less fulfilling than they had hoped for are all a product of the triumph of the way people have internalized the values of the capitalist marketplace. This suffering can only be overcome when the capitalist system itself is replaced by one based on love, caring, kindness, generosity and a New Bottom Line that no longer judges corporations, government policies, or social institutions as “efficient,” “productive” or “rational” solely by the extent to which they maximize money or power. Instead, liberals and progressives need to be advocating a New Bottom Line that focuses on how much any given institution or economic or social policy or practice tends to maximize our capacities to be loving and caring, kind and generous, environmentally responsible, and capable of transcending a narrow utilitarian attitude toward other human beings and of responding to the universe with awe, wonder and radical amazement.

Progressives inside and outside the political parties on the left need to develop a Spiritual Covenant that can apply this New Bottom Line to every aspect of our society—our economy, our corporations, our educational system, our legal system. In short, a progressive worldview that deeply rejects the way most of our institutions today teach people the values of “looking out for number one” and maximizing one’s own material well-being without regard to the consequences for others or for the environment. Armed with an alternative worldview, progressives would have a chance of helping working people stop blaming themselves for their situation, stop blaming some other, and see that it is the whole system that needs a fundamental makeover.

4- What the Left keeps on missing is that people have a set of spiritual needs—for a life of meaning and purpose that transcends the logic of the competitive marketplace and its ethos of materialism and selfishness, for communities that address those needs, and for loving friends and families that are best sustained when they share some higher vision than self-interest.

5- And then the right-wingers, assisted by the biased, right-wing media, effectively mobilize the anger and frustration people feel at living in a society where love and caring are so hard to come by—against the Left! This is the ultimate irony: the capitalist marketplace generates a huge amount of anger, but with its meritocratic fantasy it convinces people that it is their own failings that are to blame for why their lives don’t feel more fulfilling. So that anger is internalized and manifests in alcoholism, drug abuse, violence in families, high rates of divorce, road rage, and support for militaristic ventures around the world.

The Right mobilizes this anger—and directs it against liberals and progressives. And that actually feels great for many people, because it relieves their self-blaming and allows them to express their frustrations (though sadly at the wrong targets). Only a movement that understands all these dynamics, and can help people understand that their anger is appropriate but that it is wrongly directed can progressives hope to win against the Right.

6 .The first step in recovery is to create large public gatherings at which liberals and progressives can mourn our losses, acknowledge the many mistakes we’ve made in the past decades, and then develop a strategy for how most effectively to challenge the assumptions of the capitalist marketplace that are shared by too many who otherwise think of themselves as progressives. Without this kind of a recovery process, we are likely to end up with more and deeper despair in years to come.’

*The above excerpts we taken from an original article by Rabbi Michael Lerner, Editor, Tikkun Magazine.

Now the challenge is to agree on how to use our powers for the common good. 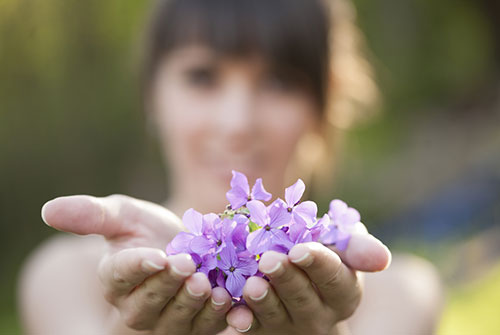 By the "common good" I'm referring to a broad evolution beyond values and actions that serve narrow self-interest, and towards those guided by inclusiveness -- supporting well-being, happiness, economic prosperity and success, security, human rights and stewardship of resources for the benefit of all, rather than just for some, as it currently is.

The principle of the common good reminds us that we are all responsible for each other – we are our brothers' and sisters' keepers – and must work for social conditions which ensure that every person and every group in society is able to meet their needs and realise their potential. It follows that every group in society must take into account the rights and aspirations of other groups, and the well-being of the whole human family

The rise of the common good reflects a sense of global citizenship and an obligation to be a good ancestor to future generations who inhabit this planet. Moreover, the practice of the common good is beginning to emerge as a transformative, inspirational and aspirational alternative way to approach our polarised socio-political/economic, spiritual and cultural existence.  It is at the heart of a profound generational shift that has the potential to strengthen civil society and place human dignity at the heart of economic and political decision-making.

Values to Build a Better World