“A mark of barbarity”: Universities today what Nietzsche had foreseen in 1872 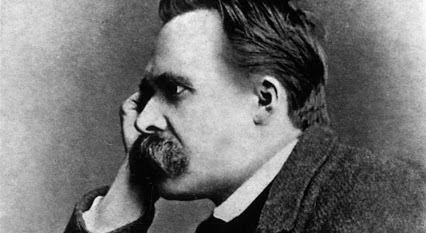 Nietzsche: a genealogist of morality …

Anti-Education by Friedrich Nietzsche review – why mainstream culture, not the universities, is doing our best thinking

‘The long-misunderstood philosopher, a hater of nationalism but supporter of independent thought, disliked trends in higher education that are very evident today.’

“Throughout his life Nietzsche thought of himself as an educator, but the time he spent working in higher education was not long and much of it he found frustrating. Appointed professor in classical philology at the University of Basel in 1869 when he was only 24 years old, he was seen as a prodigy with a brilliant career ahead of him. However, he left academic life in 1878, due to his worsening health and increasing disillusionment with institutionalised scholarship. The writings for which he is most remembered were written in the following decade, which he spent wandering restlessly around Europe. Then, in 1889, he suffered a disastrous mental collapse from which he never recovered.

Until his death in 1900 Nietzsche remained a mute invalid under the guardianship of his sister Elisabeth, a repulsive individual with whom he quarrelled bitterly when she married an antisemitic high school teacher, Bernhard Förster, and accompanied him to found an “Aryan” colony, Nueva Germania, in Paraguay. Following the failure of the fly-blown settlement and the suicide of her husband, Elisabeth Förster-Nietzsche continued promoting racist ideas by seizing control of her helpless brother’s writings, establishing a Nietzsche Archive and methodically deleting passages in which he lambasted the “race swindle”. For this service she was duly rewarded. On the basis of a highly selective biography and a heavily redacted compilation of Nietzsche’s writings that she published under the title The Will to Power, she was several times nominated by admiring German academics for the Nobel prize in literature. When she died in 1935, Hitler attended her funeral.

By the start of the 20th century Nietzsche was recognised as one of the leading thinkers of the age. His influence was vast, though rarely of a kind of which he would have approved. He despised nationalism and railed at the Prussian cult of the state, ridiculed the faux Darwinism that was emerging as the ruling German ideology, attacked the leading antisemites of his day and preferred the religion of the Old Testament to Christianity. Yet he has been widely seen as an intellectual forerunner of fascism, and even a proto-Nazi – crass misreadings. But if Nietzsche was neither of these things, nor was he any kind of liberal. It is his critique of liberalism that makes him worth reading.

Beautifully produced by New York Review Books in a new translation, by Damion Searls, with an illuminating introduction, Anti-Education consists of five lectures Nietzsche gave at the Basel city museum in 1872. (A sixth lecture was planned, but never delivered; portions of the series were used in his book Untimely Meditations.) Presenting his critique in the form of a series of dialogues between an old philosopher and a student companion, Nietzsche argues that education (he uses the German word Bildung, a term with multiple senses but that broadly means the formation of culture and individual character) has been degraded by being subordinated to other goals. Both the German gymnasium – the secondary school that prepared students for university – and universities themselves had forfeited their true vocation, which was to “inculcate serious and unrelenting critical habits and opinions”. Instruction in independent thinking had been renounced in favour of “the ubiquitous encouragement of everyone’s so-called ‘individual personality’” – a trend Nietzsche viewed as “a mark of barbarity”. As a result, education was dominated by two tendencies, “apparently opposed but equally ruinous in effect and eventually converging in their end results. The first is the drive for the greatest possible expansion and dissemination of education; the other is the drive for the narrowing and weakening of education.” The first extends education too widely and imposes it on a population that may not want or need it, while the second expects education to surrender any claim to autonomy and submit to the imperatives of the state.

There is more than a little truth in Nietzsche’s indictment. But to reach this nugget, you will have to wade through pages of Romantic gibberish about the aristocracy of the spirit and the privileges of genius, which foreshadow the absurd figure of the Übermensch that he concocted in his later work as a redeemer for modern times. But when he observed that education was increasingly being shaped by external forces, Nietzsche was on to something important. A shift of the sort that was under way in 19th-century Germany began in the UK with the regime of monitoring and assessing research that was imposed in the late 1980s. Until that time universities had been autonomous institutions. Now they have to justify themselves as somehow increasing national output – a requirement that denies that intellectual life has value as an end in itself and assumes everything of importance can be measured.

Other forces within education itself have been at work undermining universities as places dedicated to independent thinking. The American cult of political correctness may have begun as a response to ugly practices of discrimination, but it soon morphed into a regime of taboos and dogmas. With the rise of “trigger warnings” and the demand that campuses become “safe places” sheltered against intellectual disturbance, it may not be long before the notion that universities exist to promote unfettered inquiry has vanished from living memory.

There will be some who say this is a sign that liberal values have been abandoned. For those who think like this there is a simple remedy for the maladies of higher education. We must return to John Stuart Mill: let any idea however offensive be freely expressed, so that it can be challenged and where necessary rationally rebutted. But at this point Nietzsche poses some awkward questions. Mill believed everybody gained from freedom of expression, including those who wanted to shut it down: all human beings want the benefits that come from growing knowledge. But what if many are happy to relinquish these benefits for the sake of values they consider more important and want to impose on others? Mill’s answer is that what matters is the continuing advance of the species. But as Nietzsche understood, the idea of “humanity” as a collective agent with universal goals that it pursues in the course of history is a secular residue of a religious faith in providence. If you stick to empirical observation, all you will find is the human animal with its many conflicting values and ways of life.

Nietzsche’s achievement was as a genealogist of morality, and his observations on the origins of liberal values are peculiarly resonant today. As a pioneering classical scholar, he knew there was nothing liberal about ancient Greek culture. Emerging in a long and difficult process that included Europe’s wars of religion, a liberal way of life was an offspring from Jewish and Christian monotheism – a fact our “new atheists” prefer to ignore. One can value this way of life without being religious, but that doesn’t mean all human beings want to live it. If people lose interest in free expression – as seems to have happened in some sections of higher education – there is no argument that can persuade them of its importance. What they want may be freedom from the dangerous business of thinking.

The editors of Anti-Education, Paul Reitter and Chad Wellmon, describe Nietzsche as “an anti-academic philosopher of modernity and its ills”, and conclude that answering the questions he asked about education “might bring us little comfort” today. Anti-academic Nietzsche may have been, but his mistake was in pinning his hopes on “high culture”. If you look beyond the walls of the academy, you will find a scene that is remarkably vital. Justin Kurzel’s film of Macbeth presents an uncompromisingly truthful vision of the human situation unlike anything in the academic study of the humanities at the present time. The Wire and Breaking Bad explored the contradictions of ethics with a rigour and realism that is lacking in the baroque disquisitions on justice and altruism that occupy philosophers. Amazon’s version of Philip K Dick’s The Man in the High Castle is a more compelling rendition of the slipperiness of consensus reality than you will find in any number of turgid volumes of critical theory. Plenty of other examples could be cited. Many educational institutions may be enmeshed in bureaucracy and self-censorship, but the good news is that they are not forming our culture.”

Anti-Education by Friedrich Nietzsche review – why mainstream culture, not the universities, is doing our best thinking | Books | The Guardian 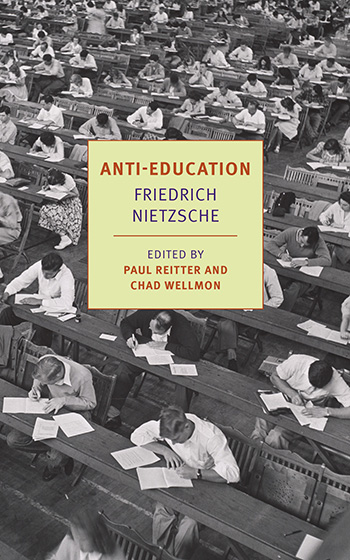 My hero: Friedrich Nietzsche by Geoff Dyer | Books | The Guardian