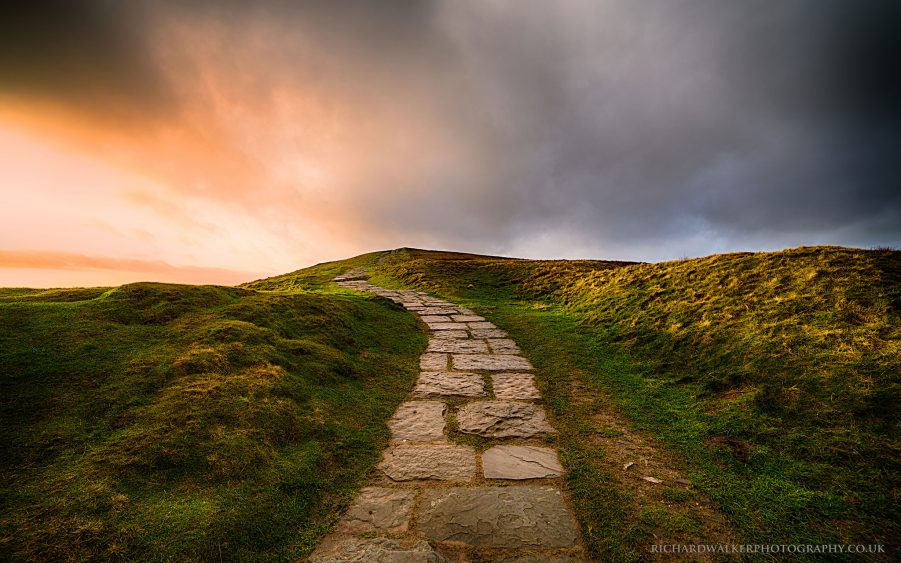 Stairway to Heaven? The path leading to Mam Tor in the Peak District. Photo Richard Walker

The other evening (8 June 2019) I was very lucky. Just before 10.00pm, I began flicking through our T.V. channels. I hit the jackpot and I stopped at BBC4. Wow! What I discovered! I could not stop watching. I loved every bit of it. And this is why I am now posting this Blog. Hope you love it too. 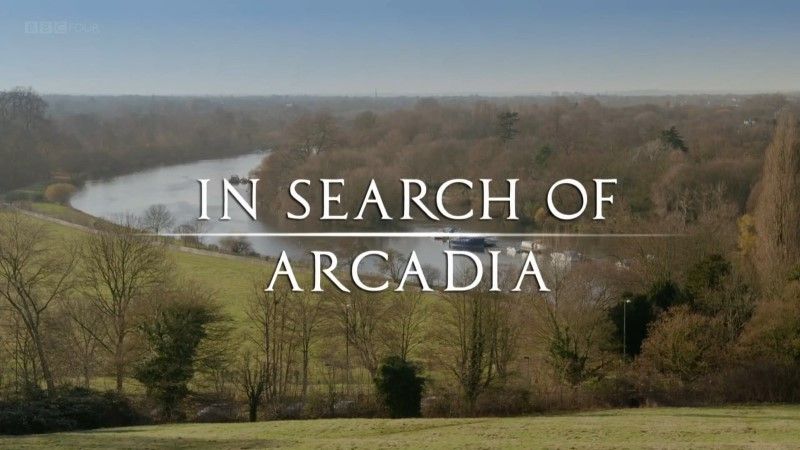 Dr Janina Ramirez goes 'In Search of Arcadia' discovering the origins of the English landscape movement in a 12-mile stretch of the Thames between Hampton and Chiswick with waterman and historian John Bailey. In the early 18th century this stretch of the river was home to a group of writers, poets, artists and garden designers who were inspired by classical landscapes of antiquity and the ancient idea of Arcadia.

Janina discovers the people and the ideas at the heart of this transformative movement and the landscape of the Thames - Nicholas Poussin's painting Et in Arcadia Ego, the French formal gardens at Hampton Court, Pope's Grotto, Marble Hill House, Chiswick House, Syon Meadows and finally the view from Richmond Hill. John unpacks the role the River Thames played in their story as he explores the natural riches of its shores. He has time for fishing and contemplation along the way with his guide - Izaak Walton's Compleat Angler...Continue to read 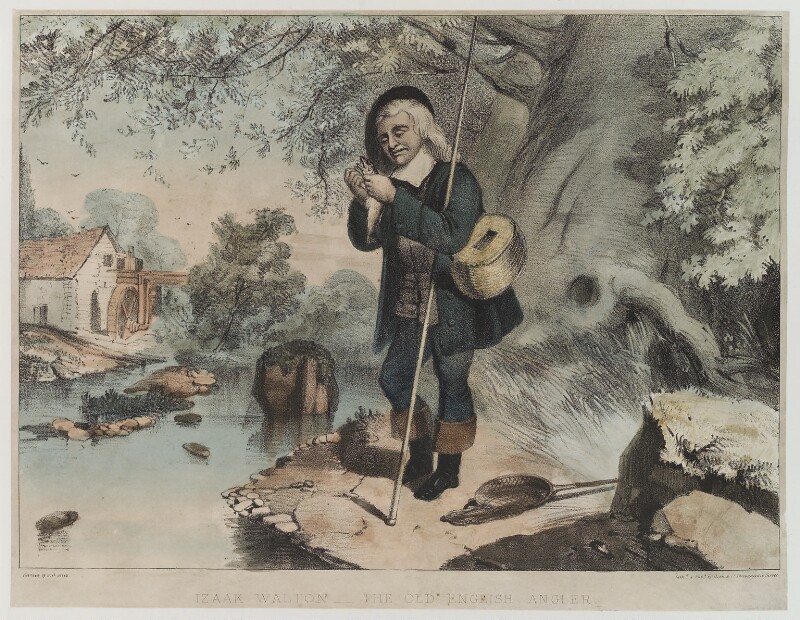 Here resteth the Body of

Gone to return no more!

After their aged Sire,

Whose well spent life did last,

Full ninety years and past

But now he hath begun

That which will ne're be done

We wish our souls with his.

Study to Be Quiet, this was Izaak Walton’s favourite Bible text, captured perfectly in the window at Winchester Cathedral 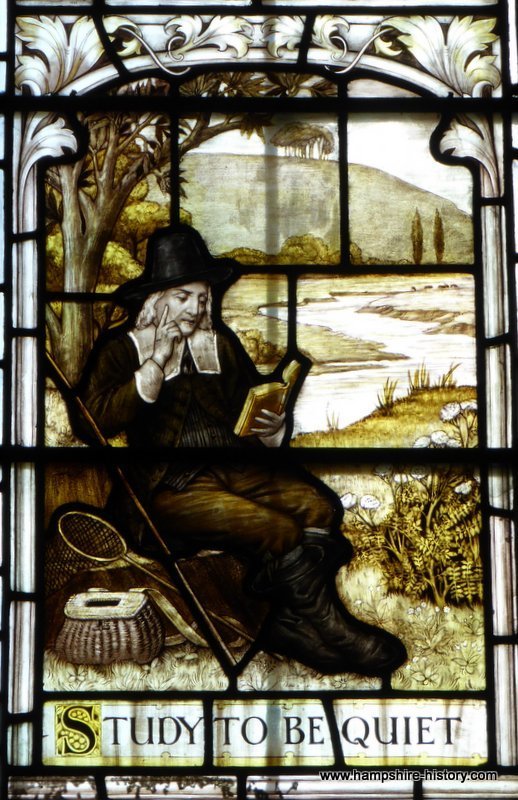 Izaak Walton sitting by the River Itchen with St Catherine’s Hill behind.

Izaak, Isaak or Issac?  There is often a difference of opinion regarding the spelling of the name Izaak Walton.  There are three widely used spellings of his name all often seen in print before the turn of the 19th Century: ‘Isaac Walton’, ‘Izaac Walton’ and ‘Isaak Walton’.  Subsequently ‘Izaak Walton’ became the more popular spelling in the late 20th Century. The original ‘old English’ spelling is deemed to be Isaac Walton and is indicated by his epitaph which was noted above.

It was in 1653 that Izaak wrote the book that was destined to become one of the most loved and reprinted books in the English language. The Compleat Angler is of course a book on fishing but it is also a window in to seventeenth-century country life.

Two years later Walton purchased Halfhead Farm in Shallowford, five miles from Stafford. This property remained in his possession for the rest of his life and today its half-timbered cottage serves as a museum commemorating its famous owner.

The restoration of the monarchy in 1660 brought new role for Izaak. Bishop George Morley appointed him as his steward initially at Worcester and later at Winchester. It was at Winchester that Walton died in 1683 at the great age of 90...Read more about Izaak Walton

Izaak Walton’s The Compleat Angler: An Introduction to Liberal Arts 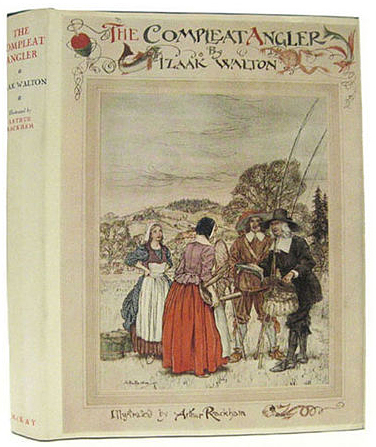 “Without the healthy balance of work and play, melancholy oppresses the human spirit, the capacity for joy diminishes, and a person loses a child’s sense of wonder and adventure. Angling educates a person to enjoy all of life: the beauty of the meadows and streams, the pure delight of a favorite sport, the mirth and conviviality of friendship, the pleasure of contemplation in beholding the handiwork of God’s Providence, and the lightheartedness of laughter and humor that proclaim “Taste and see the sweetness of the Lord.”

In Search of Arcadia (BBC 4): A Review by Camilla Allen, University of Sheffield

‘In Search of Arcadia, presented by the historian Dr Janina Ramirez, was commissioned by the BBC as part of its ‘Utopia’ season; programmes exploring the enduring appeal of a concept which evokes for many a more perfect and idealized reality than the one they inhabit. The documentaries explored different aspects of utopian thought and its manifestation in culture, art and architecture, with the work of Frank Lloyd Wright and the city planning of Milton Keynes being just two twentieth-century manifestations. Yet it was the Thames which took centre stage in Ramirez’s film, often outshining its co-stars. The twelve-mile section of the river from Chiswick to Hampton Court, and its surviving eighteenth-century palaces, gardens and landscapes, were explored in relation to the Enlightenment fascination with Arcadia, and the mark which that fascination had on the landscape and enduring culture.

Co-presented by waterman and historian John Bailey, In Search of Arcadia sought out the chronology which took English garden culture from the imported formal Baroque gardens of places like Hampton Court, to the picturesque style of the English Landscape school of Lancelot ‘Capability’ Brown. A whole host of characters were introduced to viewers, including Lord Burlington, William Kent and Henrietta Howard, and beginning with the Anglican writer Izaak Walton, author of the ever-popular fishing manual The Compleat Angler. Walton’s work, alongside Nicholas Poussin’s painting Et in Arcadia Ego, is emblematic of the ushering in of a period when the most forward thinking and fashionable minds of the day sought to manifest around them a pastoral idyll, harking back to classical antiquity.

Walton’s powerful assertion of a much-needed balance between man and nature might well have come into being as a response to the collective trauma that England had suffered during the Civil War and the religious tensions which defined society up to, and into, the Restoration; The Compleat Angler demonstrates Walton’s faith, expressed through a love of nature, and as an antidote to a competitive and greedy urbanizing world. Complementing that vision, Poussin’s painting of four shepherds gathered around a tomb and framed by an idealized bucolic landscape, presents as a visual manifestation of Arcadia; a classical utopia where people were in harmony with nature. Yet Walton’s ideals and the yearning for some mystical past were not at that point reflected in the gardens of the day.

Sir Christopher Wren’s intentions for the gardens of Hampton Court Palace couldn’t be more at odds with the pastoral Arcadian idyll: composed from a palette of clipped box, yew and grass; unchanged by the seasons, and trumpeting regal authority and power. But majestic gardens were not immune from satire, and an emerging generation of writers, thinkers and designers saw in these green columns, cones and patterns, an artifice and fussiness at odds with the enduring beauty of the ancient world. A philosophy which – when applied to gardens – became a synthesis of art, literature and form, allowing nature to breathe anew. At the forefront of this movement was the poet and social dynamo Alexander Pope, a man who used his writing as a medium of creation for an idealized vision of the Thames; a vision bought into reality in the form of gardens and landscapes, straddling the banks of the river, many of which endure today in the west of London.

The hour-long film delights in the beauty and charisma of the persons, portraits and landscapes which are its subject. Filmed in the winter, the bare branches of the trees hang languidly over the Thames as the two presenters use the river as a means of travelling between the houses, inns and palaces inhabited by Pope, Burlington, Howard and others. Modern-day efforts to restore and preserve these historic landscapes were also featured. The work of volunteers clearing the remaining radial avenues which linked properties like Ham House with Pope’s home in Twickenham demonstrated the presence that these landscape forms still hold in the area: using traditional methods for their ecologically sympathetic results, these long routes will, in the future, demonstrate some of the significant views and vistas which were so important in these early English Landscape gardens. And the grand presence of Sir David Attenborough was called upon to champion the august aims of the Thames Landscape Strategy, a group who promote this area of London as the ‘Arcadian Thames’.

For anyone familiar with the concepts and figures featured in In Search of Arcadia, one of the true gifts of it as a study is the footage which sweeps through the remaining gardens and landscapes: Lord Burlington’s formal statutory blending into the naturalistic sweep of his lawn and tree planting and Lancelot Brown’s classic design of Syon House. But the ultimate realization of the utopian ideal of a world in harmony in landscape is most manifest in Syon House, captured in beautiful aerial shots which showcase its stretch of the only remaining natural river bank in Greater London, a waterline still able to respond to the Thames’ ebb and flow. And that peace and harmony results in beautiful flooded meadows, reflecting the trees and rough vegetation along the water’s edge in a temporal mirror to the sky. Nature not subordinate, but present and powerful – and beautifully captured in the film.’ 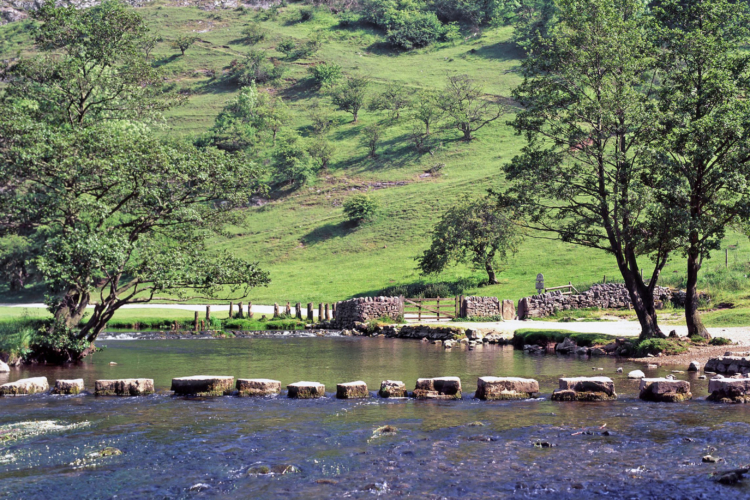 We must save the web of life

'Come forth into the light of things, Let Nature be your teacher'

Nature and Simple Living is a Blissful Life

How nature helps us feel good and do good

In search of beauty, wisdom and love? Then, come, come, whoever you are come

PS: Remembering our our own Dovedale Walks - Stepping Stones,

My wife and I have wonderful memories of our travels to this most beautiful location in Derbyshire, staying at this lovely hotel in the heart of Dovedale.

We took many walks, celebrating, admiring and thoroughly enjoying the gifts of Mother Nature. 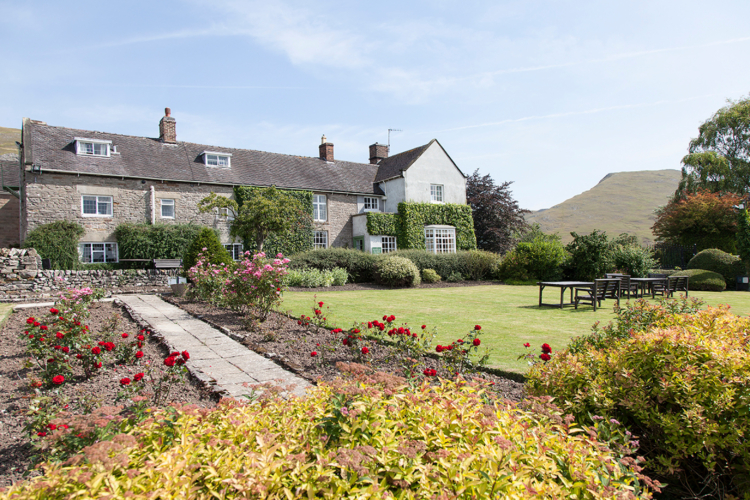