A Message from and to the US on Labour Day 2019

Union members earn on average 22% higher wages than their non-union peers.  Unions also help raise wages for people of color and provide protections against discrimination. Union members tend to be happier, more content and more fulfilled by their work. Employees are supported not just by the benefits of their contract, but by the culture of solidarity and shared struggle that exists in many union workplaces.

(These are all common sense, are they not? Surely, happier, more content, more fulfilled workers are better workers, more productive, more imaginative, and thus, by definition, far better for their employers too. But, the pertinent question is: Will the feral, greedy, self-serving neoliberal capitalists ever see this for what it is, or will their love for exploitation trump everything else?)

First, lest we forget: ‘On the morning of September 5, 1882, spectators lined lower Broadway in Manhattan, near City Hall, waiting for the start of America’s first Labor Day parade. Finally, Matthew Maguire, a machinist from New Jersey, who is widely believed to have come up with idea of Labor Day, announced that a jewelers’ local from Newark had arrived—with its marching band—and the parade set off. As the band turned up Broadway, playing a piece from a Gilbert and Sullivan opera, a small crowd of workers and spectators fell in line behind it. By the time they reached Reservoir Park, where the main branch of the New York Public Library now stands, the procession had expanded to more than ten thousand people...’- Continue to read

'This Labor Day, I’m Grateful To Be Part of a Union for the First Time.' 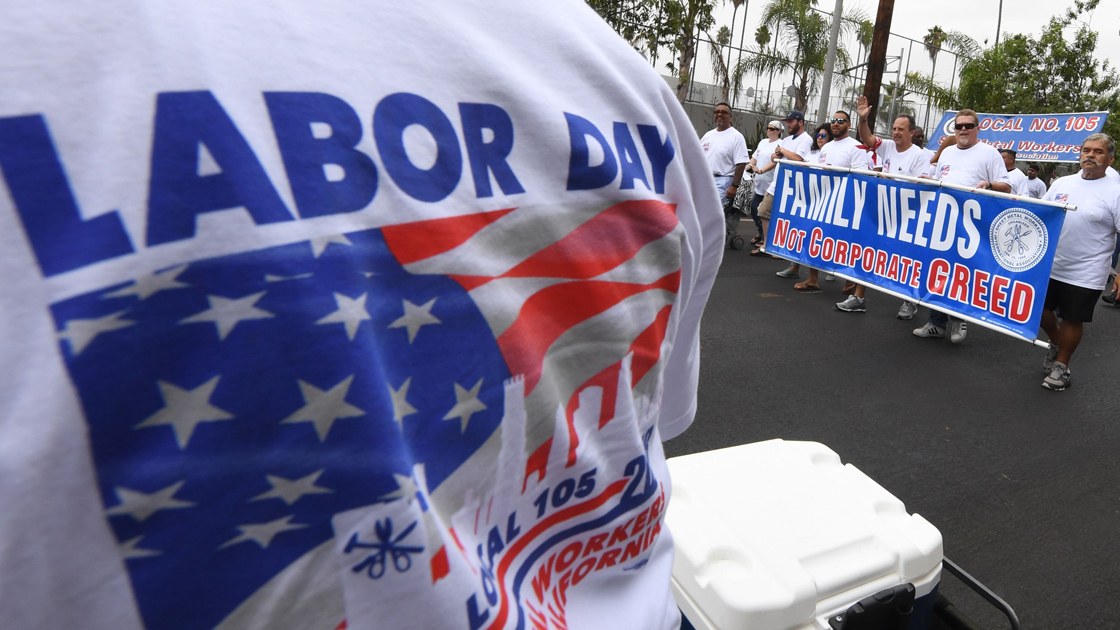 In this op-ed, Katie Barrows, vice president of communications for the Nonprofit Professional Employees Union (NPEU) explains why she's glad to be celebrating Labor Day as a union member.

‘This Monday marks my first Labor Day as a union member. With union members making up only 12% of the full-time U.S. workforce, I — like most young professionals — have spent most of my career in non-union workplaces. Now that I’ve experienced working at an organization where employees have a union, I know the difference being a union member makes.

I began working in D.C. as an unpaid intern on the Hill, in hopes of landing my dream job as a congressional staffer. Realizing I couldn’t make the sacrifice of going unpaid indefinitely, I took a position outside of Congress. It was my first paid job in Washington, D.C., but I was earning only $30,000, my housing and transportation costs ate up half of my income, and I lived in constant fear of being fired. This job made me depressed and miserable, and I left after just under a year.

My next job was at a non-profit with a mission I loved. My salary was still low to live comfortably in D.C., but it was an increase from my previous job. I found it challenging to ask for a pay increase I thought I deserved because people weren’t open about their salaries, and I didn’t know where I stood in comparison to others with comparable positions.

At my current job, I am now a member of the Non-profit Professional Employees Union (NPEU). If I’d known earlier in my career what I know now about the benefits of a union, I would have talked to my coworkers about our shared problems and organized one. But back then I still had the mentality that I would have to make sacrifices to do what I wanted to do. I thought that working in the field of non-profit advocacy meant that I shouldn’t expect fair pay, and should instead be grateful for the few benefits that I had. I was wrong.

As I later learned, union members earn on average 22% higher wages than non-union members. I know from the contracts of my fellow union members that joining together can substantially raise wages at non-profits and similar organizations. One NPEU first contract raised members’ pay by nearly 10% on average, and most contracts establish minimum salaries and guarantee annual raises.

About half of all employees say discussion of salary information is not allowed or discouraged in their workplace. Clearly, I was not alone in my experience with pay secrecy. But this doesn’t have to be the case. NPEU members have negotiated for open and clear pay scales that allow pay to be transparent. Additionally, pay transparency is good for workplaces. It has been shown to help close the wage gap and increase employees’ productivity.

Instead of being “at-will” employees who can be fired at anytime, for any reason (except for an illegal one) or no reason at all, most union members — including NPEU members — have “just cause” protections in their contracts. This prevents employees from being dismissed without a fair and justified reason. Having this protection provides union members like myself with a feeling of stability because we know our managers cannot suddenly take our livelihood away.

Many union contracts establish clear procedures that create standards for fair and equal treatment in the workplace. Some of these procedures include standardized evaluations with clear paths for advancement and progressive discipline systems that give employees the opportunity to improve. NPEU members have also negotiated for protocols that encourage diversity in hiring and commitments to inclusion. Many union contracts call for the creation of labor-management committees, which provide employees with a platform to bring up workplace issues and collaborate with managers to solve them.

Research shows that unions also help raise wages for people of color and provide protections against discrimination. Union members tend to be happier and more fulfilled by their work. Employees are supported not just by the benefits of their contract, but by the culture of solidarity and shared struggle that exists in many union workplaces.

This week, I’m grateful for my union. With workplace policies that raise pay, provide for workplace transparency, and require fair and equal treatment, NPEU members can have long-term, sustainable careers at organizations doing critical research, advocacy, and organizing. This Labor Day, instead of suffering through your organization’s workplace problems, think about empowering yourself to make your job better by joining with your colleagues in union.’- Katie Barrows, Via teenVOGUE

What a Labor Union Is and How It Works 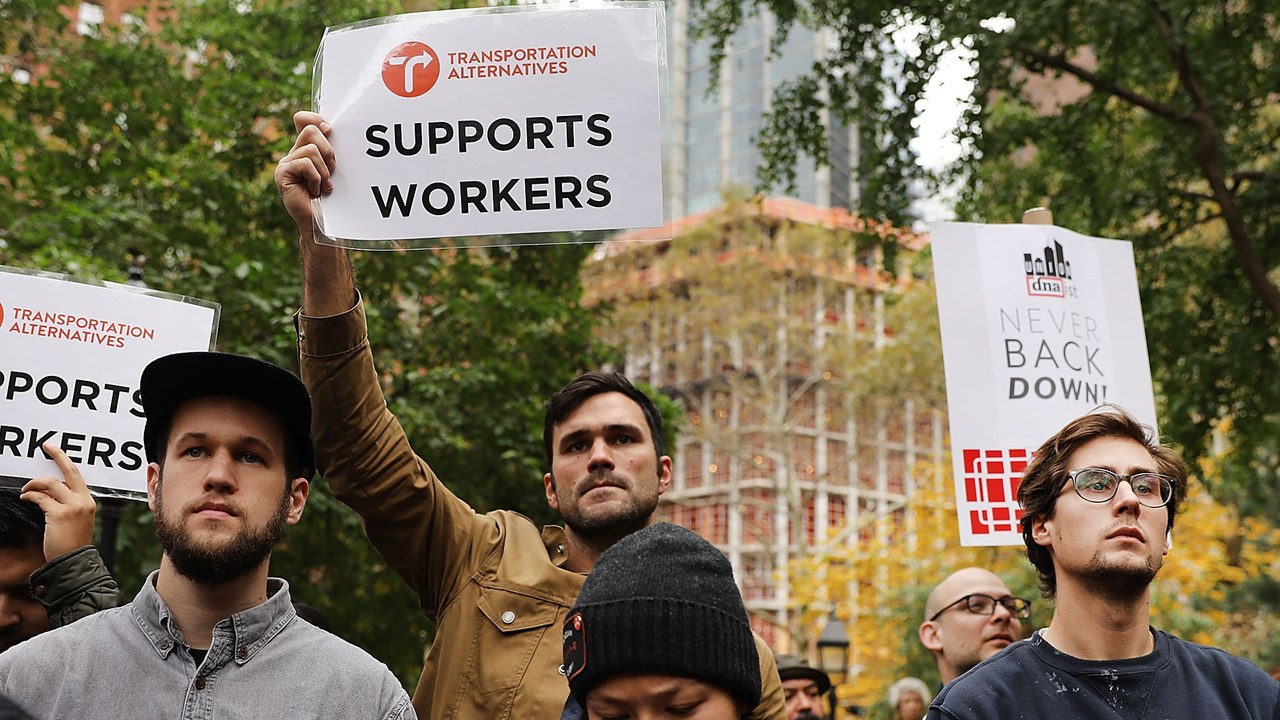 Why Unions are Needed More than Ever Before: A View from Britain 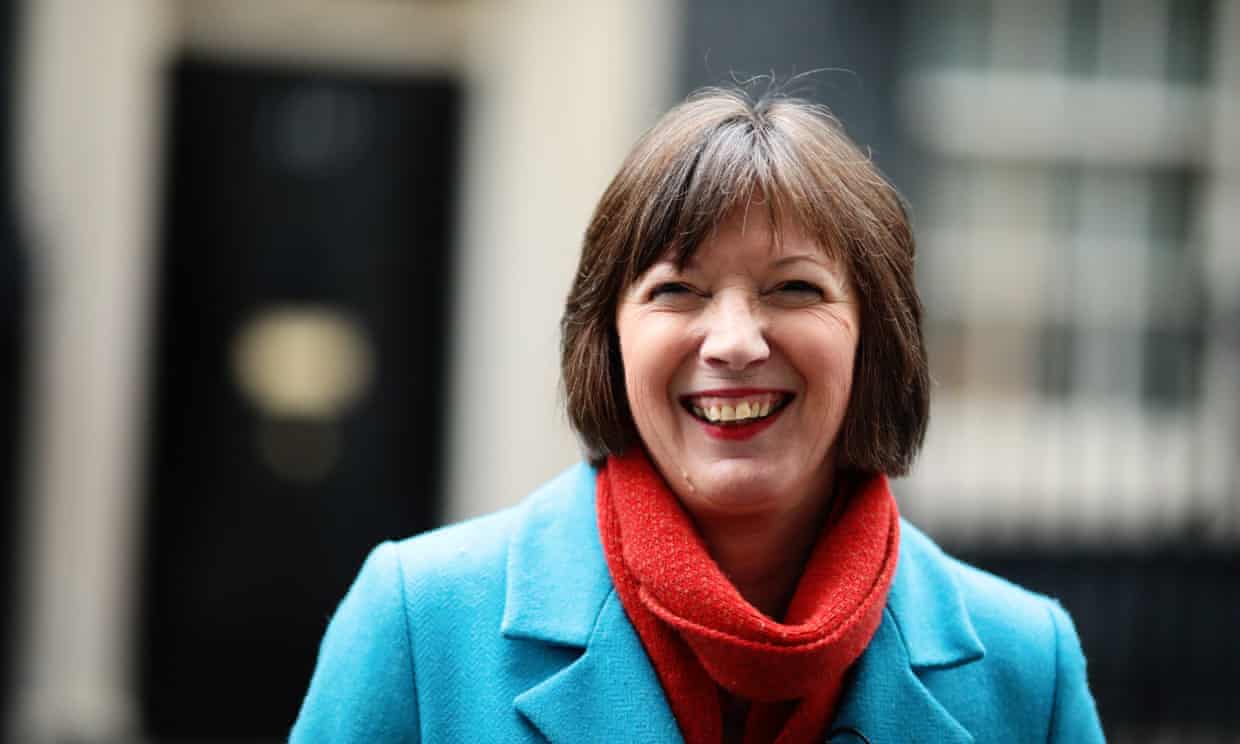 ‘Britain risks turning the clock back to the working conditions of the Victorian age unless unions have greater powers to organise and negotiate, the head of the TUC  has said.

Frances O’Grady, the TUC’s general secretary, said that without a shift in the balance of power from employers to unions the UK would face rising inequality and insecurity at work.

Ahead of its annual conference next week, the TUC said in a report there were 3.7 million people in insecure work, and 1.85 million self-employed people earning less than the minimum wage. Despite the recent pick-up in earnings, it said workers were still facing the longest pay squeeze for 200 years.

The report added that the share of economic output going to wages had declined from an average of 57% in the three decades after the second world war to 49% in 2018.

During the same period, the TUC said anti-trade union laws and industrial change had resulted in union membership and collective bargaining coverage falling – from 54% and over 70% in 1979 to just 23% and 26% respectively in 2018.

O’Grady said: “We’re at risk of going back to 19th-century working conditions. Millions of workers have no control and no voice at work, with increasing numbers stuck on low pay, zero-hours contracts, and in sham self-employment.

“We urgently need to reset the balance of power in our economy and give people more of a say about what happens to them at work. We know that collective bargaining is the best way to raise wages and improve conditions – so let’s expand it across the whole workforce.”

The TUC says that increasing the number of workers covered by collective bargaining agreements was the best way to raise wages and improve conditions. In addition to a £10-an-hour minimum wage and a ban on zero-hours contracts, the TUC is seeking:

TUC research has found that low wages are linked to unsecured borrowing hitting record levels, with one in five families stuck in problem debt. Unsecured debt per household stood at £15,880 in the first quarter of 2019, up £1,160 on a year earlier.

Young people were disproportionately likely to be in debt, the TUC said, with 70% of 18-34 year-olds having a type of unsecured debt compared to 33% of the over-65s.

O’Grady said Britain needed to have a debt reality check. “We need to rebuild family finances or we are stuffed. This has always been the canary in the mine.

“This is not about people splashing the cash. It is about paying for the basics. It is about wages still not back to where they were before the crash and prices in the shops going up.”

The TUC general secretary said that a hard Brexit would hit poor people first and hardest.

“Michael Gove is talking about bumps along the road but they will be earthquakes for those drowning in debt who haven’t got a magic money tree at the bottom of the garden.”

O’Grady said that many of those who voted leave in the referendum did so because of frustration about low wages, insecurity and zero-hour contracts and “uber-globalisation”, which had seen “a shift in power and wealth to a tiny minority at the top while everybody else had to do with the crumbs.”- The Guardian, 5 September 2019

Remaking Economics in an age of economic soul-searching

In Praise of Darwin Debunking the Self-seeking Economic Man

Composing a New Life: In Praise of Wisdom

Brexit, Trump and the failure of our universities to pursue wisdom