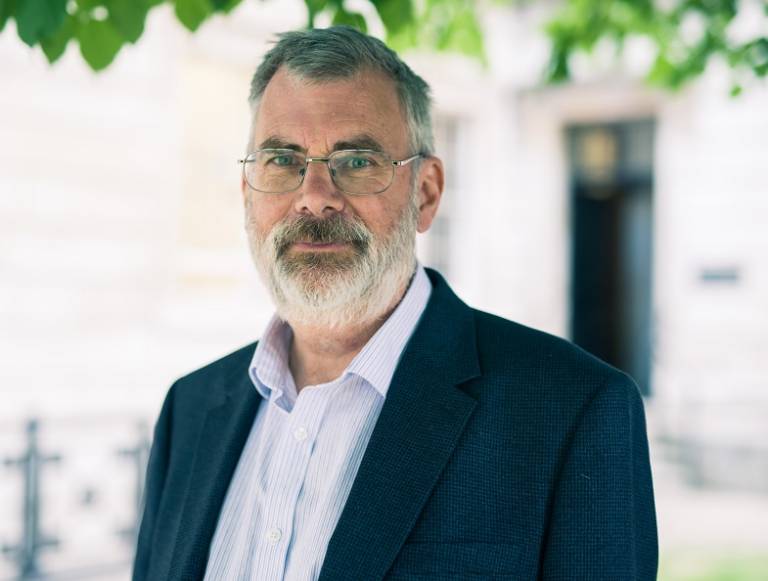 and head of economics at the School of Economic Science, and a GCGI Senior Ambassador.-Photo: UCL

I received the sad news that my dear friend, Dr. Peter Bowman, an outstanding scientist, teacher and educator, had been taken by COVID-19 in the prime of his life.

Peter was diagnosed with an advanced stage of cancer and started chemotherapy at the end of March. Unfortunately, he also contracted the coronavirus and passed away on the 17 April 2020.

Peter joined (UCL) in October 2005 as a Senior Teaching Fellow for Chemistry on the Undergraduate Preparatory Certificate for Science and Engineering (UPCSE). Later, Peter coordinated the science team and became admissions tutor for the UPCSE.

As noted by his colleague, Dr Christine Hoffmann, Director, UCL Centre for Languages & International Education: ‘In his fifteen years with us, Peter made a difference in every area of CLIE and UCL in which he was involved. His dedication to education and teaching was exemplary. Students very often praised his innovative teaching and his commitment to Chemistry. He led our UPCSE science team in a calm, diplomatic and open manner for which all of us knew him so well. With our marketing team, Peter represented CLIE and the UPCSE around the world on many recruitment and marketing trips. He shaped the life of many young international scholars when sharing our educational visions with them at school visits and when testing UPC applicants.’

In 2019 Peter in recognition of his contributions to teaching, supervision, assessment and support of students’ learning was awarded Fellowship of the Higher Education Academy (HEA) with UCL Arena Open.

Social & Economic Justice was Peter’s passion and commitment. Speaking in this ten-minute video Changing Paradigms in Economics: Economics as Relationships, where Peter emphasises that a paradigm shift in economics is well overdue, and the way we deal with money, employment and consumer goods as well as the way the market place operates all is in need of a paradigm shift if things are to improve.

Peter argued for a just economy, which he believed is about relationships in society and how we treat others fairly. 'Justice prevails in an economy that is based on honesty; trust’ loyalty; a sense of service and satisfaction,' Peter noted.

Peter followed this with his 2016 Lecture Economics for the real world, where he asked some pertinent questions and offered possible solutions to build a better, fairer and kinder world.

I first met Peter at our first GCGI Joint Conference with (SES), which was held at Waterperry House, in September 2012, where he presented an excellent lecture on the theme of: ‘The Path to a just free market economy’.

Given our shared academic and research interests, our commitment to economic and social justice, and our struggles to take steps in the interest of the common good, it was no surprise that we went on to become very good friends.

Peter was instrumental in the close and fruitful relationship that the GCGI formed with the SES, which resulted in four major international Joint Conferences (2012, Waterperry House {WPH}), (2014, WPH), (2016, WPH) and (2018, LUCCA).

Peter also on many different occasions invited me to deliver lectures on different aspects of economic and social justice, as well as the globalisation for the common good at School of Economic Science in London and Leicster, he chaired and moderated the gatherings, which I recall very fondly.

RIP my friend Peter and thank you for the generosity and  kindness in friendship, as well as the wonderful times we had in dialoguing and conversing together.

I can only say I have lost a good friend and comrade. I am praying in my own way for my friend, may God grant Peter eternal rest; he was, in the old idiom, a lovely man, who, if required, may still be a peacemaker in heaven.

My wife, Annie, joins me, and together we send our condolences to Peter’s wife, Angela and family.