that instead caused him a lethal seizure 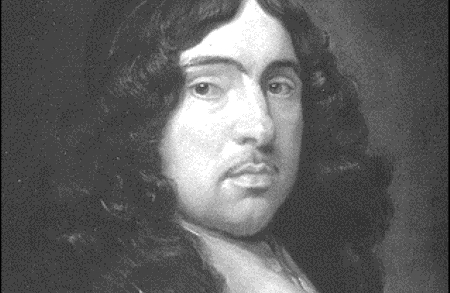 Andrew Marvell (1621-1678) was initially believed to have been poisoned by his political enemies.

Reading about Andrew Marvell’s fate, reminds me of

Trump and his thoughts on the healing powers of BLEACH to cure COVID-19!! 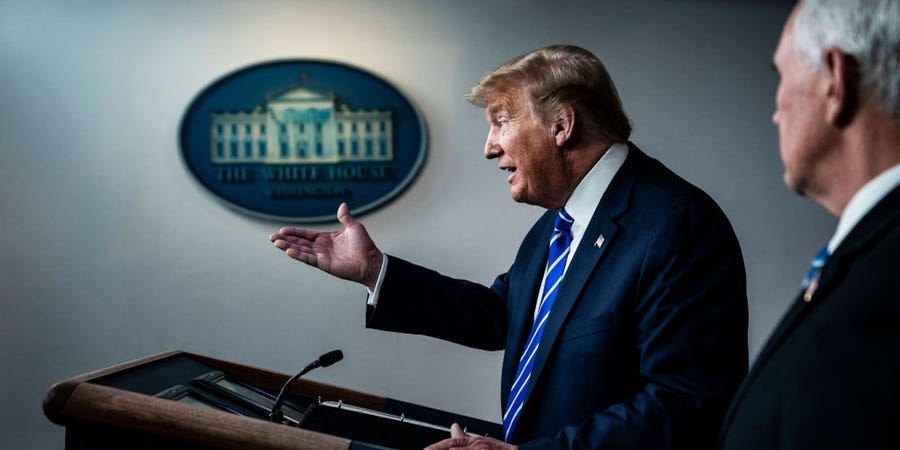 that both ultraviolet light and disinfectant could be used to treat the coronavirus in humans.’-Caption and photo: Business Insider

And now reverting back to Andrew Marvell and his opiate-based malaria remedy!!

He famously begged his mistress not to be “coy”, warning her: “The grave’s a fine and private place/But none, I think, do there embrace.”

Now new evidence uncovered in a 350-year-old manuscript suggests that Andrew Marvell went to his own grave prematurely, after he accidentally overdosed on an opiate intended to treat his malaria.

Since 1678, the circumstances surrounding the metaphysical poet’s sudden death at the age of 57 have been shrouded in mystery. At the time, there were rumours that the Hull MP, an outspoken Protestant and staunch supporter of Oliver Cromwell, had been poisoned in London by his political or religious enemies.

Nearly 200 years later, a medical account attributing his demise to an attack of malaria was found – and this is the cause of death that has been accepted ever since.

But an academic at the University of Hull has discovered that Marvell had in his possession a handwritten recipe for the remedy mithridate, which suggests the poet was using potentially lethal opiates to treat the fevers caused by his malaria.

The recipe, touted as a remedy “for the plague, fevers, smallpox and surfeits”, is scribbled in a collection of sermons that was formerly assumed to have belonged to Marvell’s father, the Reverend Andrew Marvell, and is held in Hull History Centre. “I noticed that the recipe couldn’t have been from Marvell’s father’s lifetime [Marvell senior died in 1661], because it says it was “made use of” during the great plague [of 1665],” said Dr Stewart Mottram, a senior lecturer in English at Hull. “That threw up a whole series of questions.”

After unearthing evidence that suggested this “very fragile” collection, which includes many of Marvell’s father’s sermons, was actually once owned by Marvell himself, Mottram revisited contemporary accounts of the poet’s death. His paper about his discovery will be published later this year. “People have assumed that Marvell died of malaria because he wasn’t given quinine, a treatment still used today. What I’m suggesting was he died with malaria, because of the drug he took. It was the drug itself – the mithridate – that killed him.”

At the time, opium was a popular painkiller and, as Marvell’s recipe demonstrates, was also viewed as a cure for a wide range of medical problems. “You could take it for anything,” said Mottram. “It had this reputation for being universally beneficial.” It was even perceived as a poison antidote.

Then some doctors began observing that taking mithridate could cause “apoplexies” – strokes – that could be fatal. “And that’s actually what the cause of Marvell’s death was. Literally days after his death, letters were written saying he’d died of an apoplexy.” If Marvell hadn’t overdosed on opium, Mottram believes, he would have survived infection with the strain of malaria that was prevalent in England at the time. It is rarely fatal in human populations. “Malaria was common in 17th-century England, particularly in estuary areas of eastern England like London and Hull. But it was a fairly benign disease.”

Even during Marvell’s lifetime, some English doctors had learned that quinine was a better treatment than mithridate for the fevers caused by malaria. But the drug was viewed with suspicion by Protestants, because it came from South America, which was ruled by Catholic Spain.

“Quinine as a drug was associated with Catholics and Jesuits, and therefore it had a bad reputation in Protestant England,” said Mottram. “If Marvell is known for anything, it’s for his Puritan views and the fact that he supported Oliver Cromwell during the Commonwealth. He’s unlikely to have wanted to take a drug that had a reputation for being something that passed through Catholic hands.”

This prejudice towards mithridate and against quinine may account for the high mortality rates in malarial areas of England at the time. “Marvell offers us a case study, a window into why people who had malaria were dying.”

The fact that Marvell owned a manuscript containing a recipe for mithridate also shines a light on the poet’s wider interests in medicine throughout his life. “There are little-known poems he wrote about disease, including two in Latin about smallpox, and another, also in Latin, which prefaced a translated medical book called Popular Errors in 1651. This book berated the public for doing precisely what Marvell ends up doing – taking too-strong and too-frequent doses of opium. So Marvell writes a poem commending a work that attacks people for overusing opium – then dies from overdosing on opium.”

The English translator of Popular Errors, Robert Witty, was Marvell’s friend and may have been the very doctor who mixed the dose of mithridate that led to his untimely death. “We know that Marvell summoned a doctor, and that Dr Witty, his friend, was with Marvell in Hull in the days before he died.”

Another irony, Mottram points out, is that for nearly two centuries, historians believed Marvell was poisoned. “Actually, what he was poisoned with was a poison antidote.”

How Ancient Cure-Alls Paved the Way for Drug Regulation