A generous heart, kind speech, and a life of service and compassion are the things which renew humanity. ~The Buddha~

“Our poverty in the West is not that of the wallet but rather that of social connectedness.”

The Highest Possible Wisdom is Compassion and Kindness 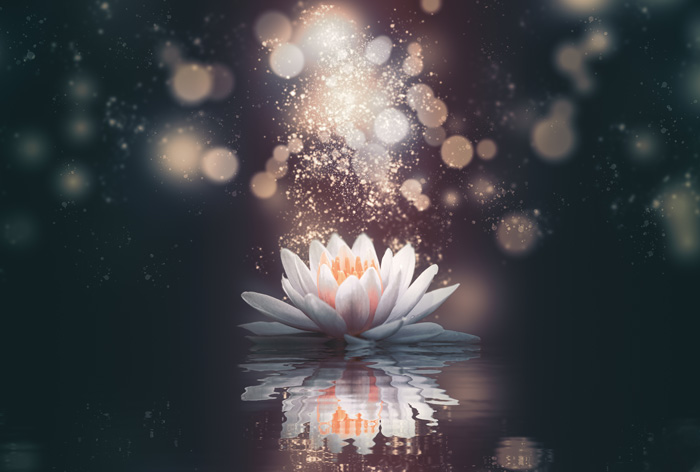 The Dalai Lama was once asked what surprised him most, he said "Man.” Because he sacrifices his health in order to make money. Then he sacrifices money to recuperate his health. And then he is so anxious about the future that he does not enjoy the present; the result being that he does not live in the present or the future; he lives as if he is never going to die, and then dies having never really lived."

As James Doty, Professor of Neurosurgery, Stanford University School of Medicine; Director, Center for Compassion and Altruism Research and Education, and the Chair of the Dalai Lama Foundation Board of Directors writing in a recent article has asked: “Why, in a country that consumes 25% of the world’s resources (the U.S.), is there an epidemic of loneliness, depression, and anxiety? Why do so many in the West who have all of their basic needs met still feel impoverished? While some politicians might answer, “It’s the economy, stupid,” based on scientific evidence, a better answer is, “It’s the lack compassion, stupid.”

The above observations, thus, remind us that a fundamental reappraisal of our place in reality is urgently called for in order to break the iron grip of materialism, consumerism, selfishness, greed and individualism, so that we may free ourselves to lead a life with heart and soul; halting the ongoing process of dehumanisation in modern, consumerist society, enabling and empowering us to control the immense forces now held in frail human hands.

Doty writes that: “I recently attended the Templeton Prize ceremony at St. Paul’s Cathedral in London and have been reflecting on the words of His Holiness the Dalai Lama in conversation with Arianna Huffington: “If we say, oh, the practice of compassion is something holy, nobody will listen. If we say, warm-heartedness really reduces your blood pressure, your anxiety, your stress and improves your health, then people pay attention.” As director of the Center for Compassion and Altruism Research and Education (CCARE) at Stanford University (one of the two organizations recognized in the Templeton Prize press release), I would agree with the Dalai Lama,” says Doty.

What exactly is compassion? Compassion is the recognition of another’s suffering and a desire to alleviate that suffering. Often brushed off as a hippy dippy religious term irrelevant in modern society, rigorous empirical data supports the view of all major world religions: compassion is good.

Our poverty in the West is not that of the wallet but rather that of social connectedness. In this modern world where oftentimes both parents work, we are spending less time as a family. People are living farther away from extended families and perhaps more disconnected than ever before as suggested by Robert Putnam in Bowling Alone. Putman observes that we thrive under conditions of social connection but that trust and levels of community engagement are on the decline. Loneliness is on the rise and is one of the leading reasons people seeking counselling.

“One particularly telling survey showed that 25% of Americans have no one that they feel close enough with to share a problem. That means that one in four people that you meet has no one to talk to and it is affecting their health. Steve Cole from UCLA, a social neuro-genetics scientist, has shown that loneliness leads to a less healthy immune stress profile at the level of the gene – their gene expression makes them more vulnerable to inflammatory processes which have been shown to have negative effects on health. Research by expert well-being psychologists Ed Diener and Martin Seligman indicates that social connectedness is a predictor of longer life, faster recovery from disease, higher levels of happiness and well-being, and a greater sense of purpose and meaning. One large-scale study showed that lack of social connectedness predicts vulnerability to disease and death above and beyond traditional risk factors such as smoking, blood pressure, obesity and lack of physical activity.

While many pay attention to their diet and go to the gym regularly to improve their health, they don’t think of social connectedness this way. Just like physical fitness, compassion can be cultivated and maintained. Chuck Raison and colleagues at Emory University have demonstrated that a regular compassion meditation practice reduces negative neuroendocrine, inflammatory and behavioral responses to psychosocial stress. Exercising compassion not only strengthens one’s compassion but brings countless benefits to oneself and others. In fact, Jonathan Haidt at the University of Virginia and others have shown that, not only are we the recipient of compassion’s benefits but others are inspired when they see compassionate actions and in turn become more likely to help others in a positive feedback loop.

As human beings, we will inevitably encounter suffering at some point in our lives. However, we also have evolved very specific social mechanisms to relieve that pain: altruism and compassion. It is not just receiving compassion that relieves our pain. Stephanie Brown, professor at SUNY Stony Brook University and the University of Michigan, has shown that the act of experiencing compassion and helping others actually leads to tremendous mental and physical well-being for us as well. While survival of the fittest may lead to short-term gain, research clearly shows it is survival of the kindest that leads to the long-term survival of a species. It is our ability to stand together as a group, to support each other, to help each other, to communicate for mutual understanding, and to cooperate, that has taken our species this far. Compassion is an instinct. Recent research shows that even animals such as rats and monkeys will go through tremendous effort and cost to help out another of its species who is suffering. We human beings are even more instinctually compassionate; our brains are wired for compassion.”

This article was originally published by Huffington Post on June 7, 2012

Arianna Fuffington, “My Conversation With the Dalai Lama: The Convergence of Science and Spirituality”