The Cyrus Cylinder: Ancient Persia’s Gift to the World 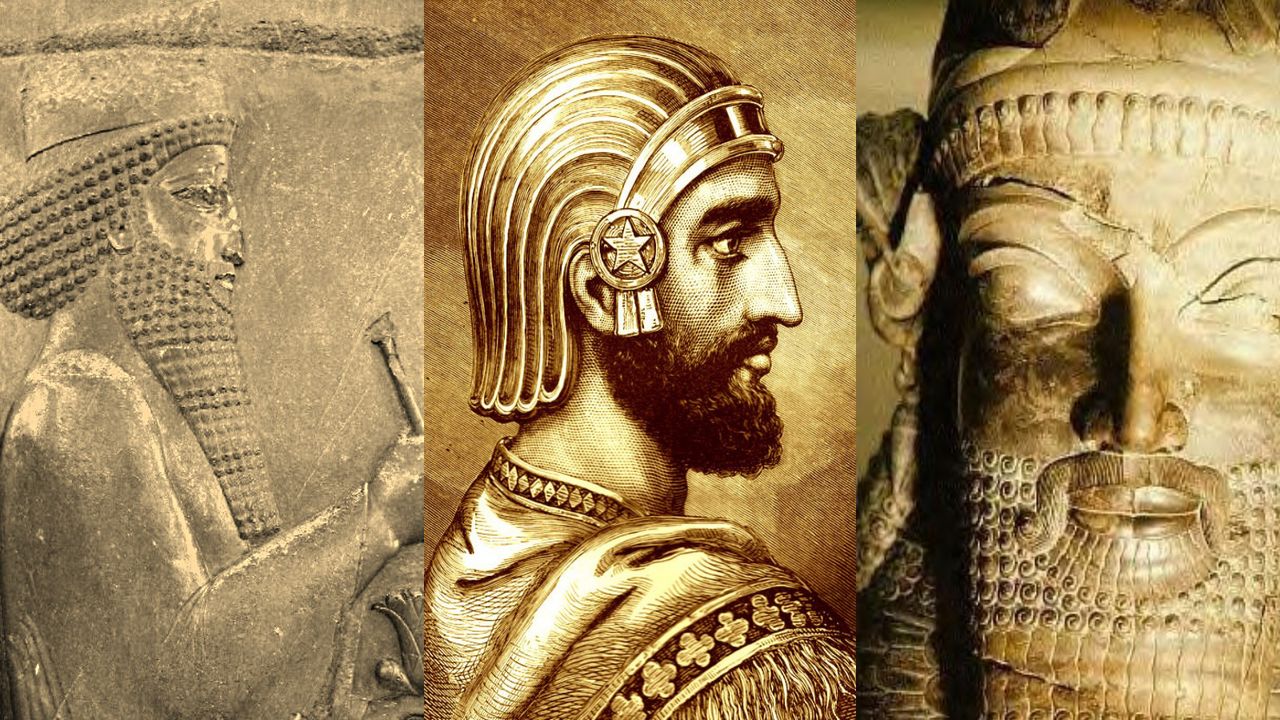 Cyrus the Great: King of the Persian Empire

The Cyrus Cylinder has left its British Museum repository for its first U.S. tour, beginning at the Smithsonian Institution’s Arthur M. Sackler Gallery in Washington. “The Cyrus Cylinder and Ancient Persia” showcases this 2,600-year-old archeological treasure amid other artifacts from the Achaemenid Empire (550–331 B.C.) founded by the Persian ruler Cyrus the Great. 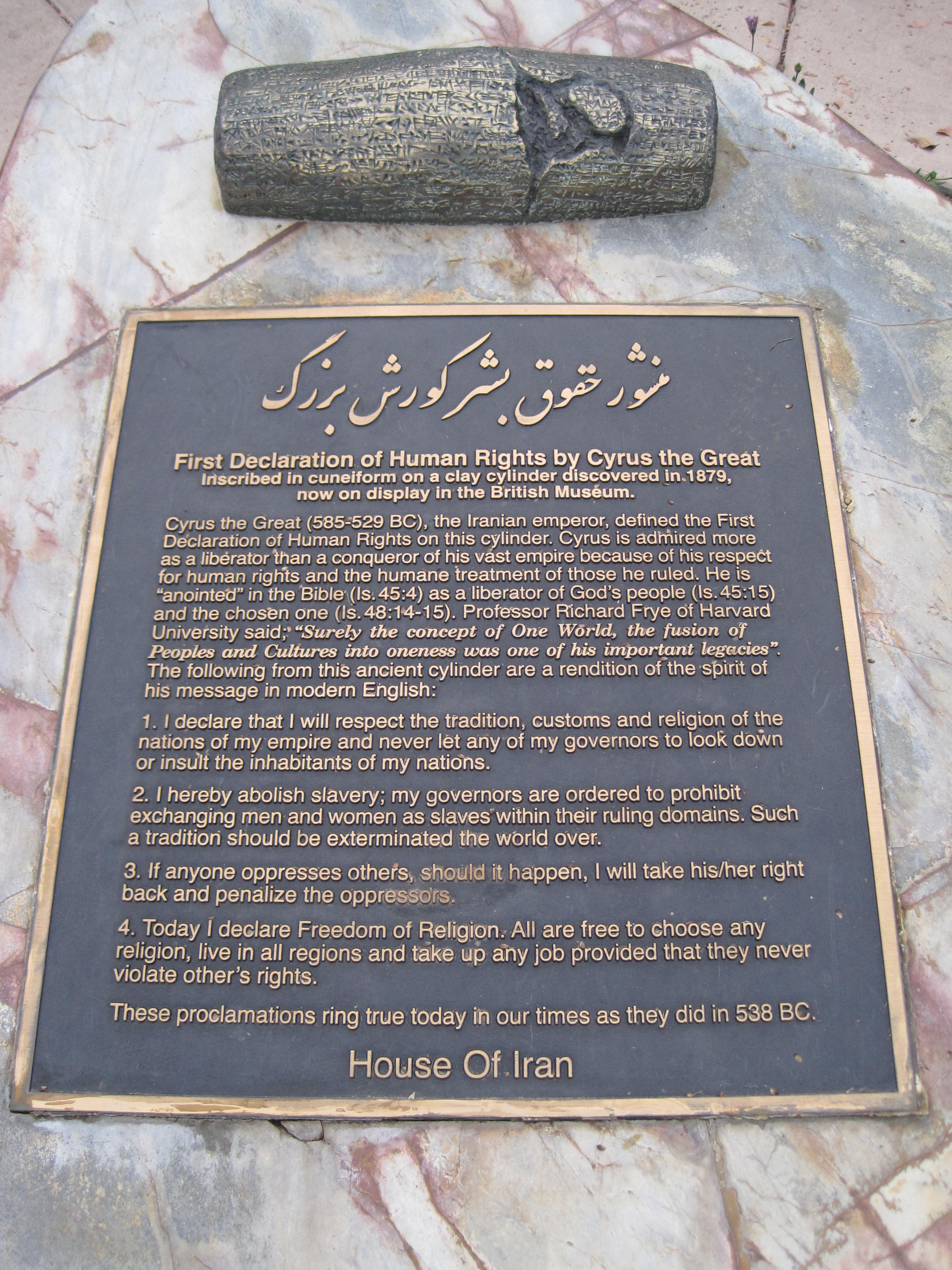 "The Cyrus the Great Cylinder is the first charter of right of nations in the world. It is a baked-clay cyliner in Akkadian language with cuneiform script. In 1971, the Cyrus Cylinder was described as the world’s first charter of human rights and it was translated into all six official U.N. languages. A replica of the cylinder is kept at the United Nations Headquarters in New York City in the second floor hallway, between the Security Council and the Economic and Social Council chambers. Passages in the text of cylinder have been interpreted as expressing Cyrus’ respect for humanity, and as promoting a form of religious tolerance and freedom; and as result of his generous and humane policies, Cyrus gained the overwhelming support of his subjects."

Among the most important objects in world history, the cylinder “in its time declared a new way of ruling in which disparate races and people were not oppressed into conformity but respected for diversity”.

According to the British Museum Director, Neil MacGregor, “Unlike ancient Chinese and Egyptians, who wrote much about what they did and how well they did it, the Persians just did it. They don’t write about how they did it. They left no memoirs” about their great lives and times. We know what happened from Greek and Jewish sources.

The Cyrus Cylinder has special significance to Jews, because it alludes to their return to Jerusalem, which is supported by biblical references. In the Book of Isaiah (44:28), God says of Cyrus, “He is my shepherd and will accomplish all that I please; he will say of Jerusalem, Let it be rebuilt, and of the temple, Let its foundations be laid,” and goes on to call Cyrus “anointed” by God. Other references may be found in 2 Chronicles and the Book of Ezra.

The values articulated by Cyrus influenced Europe and the United States, conveyed there by Classical Greek writers Herodotus and Xenophon, admirers of Cyrus’ leadership. Xenophon’s Cyropaedia, a partly fictional account of the ruler’s life, was read by the Founders of the United States, including Thomas Jefferson and Benjamin Franklin. Jefferson is thought to have possessed two copies, one of which is on display in the current exhibit at the Sackler Gallery. “Only the United States takes up the Persian model,”: “Jefferson constructs a state … which supports the idea of faith but doesn’t endorse any particular one.”1

In a recent article, Dr. Farhang Jahanpour, a respected scholar of Persian Studies and a former professor and dean of the Faculty of Languages at the University of Isfahan, discusses and debates the significance and relevance of  the Cyrus Cylinder for today.

As Jahanpour has wisely reminded us:

“At a time of great tension between Israel and Iran and between Iran and the United States, the Cylinder can remind us of the time when relations between the Persians and the Jews were not as tense and hostile as they are today and when they saw each other as friends and allies. It also will remind many Americans of Iran’s ancient history and its great contribution to human civilization.”