Why Be More Empathetic? 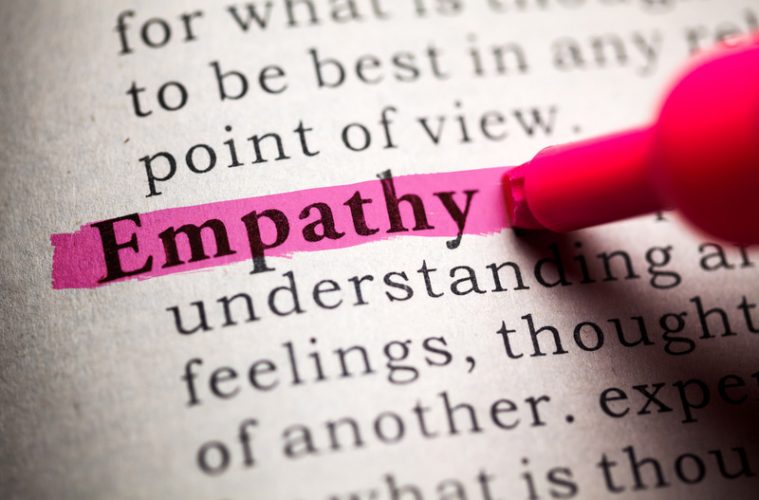 “Five Ways to Grow Your Empathy”

This was the title of a blog by Roman Krznaric which was posted at the School of Life website on 6 February 2014. It really caught my eye and my imagination.  It is a really fascinating and inspiring article. Thus, I thought that I must share it with you.

Roman Krznaric is a cultural thinker and founding faculty member of The School of Life in London, which offers instruction and inspiration on the important questions of everyday life. He advises organisations including Oxfam and the United Nations on using empathy and conversation to create social change, and has been named by The Observer as one of Britain's leading lifestyle philosophers.

Roman Krznaric argues our brains are wired for social connection: empathy is at the heart of who we are. It's an essential, transforming quality we must develop for the 21st Century.

Empathy has the power to transform relationships, from the personal to the political. Krznaric contends that, as we move on from an age of introspection, empathy will be key to fundamental social change.

“Five Ways to Grow Your Empathy”

“Empathy – the imaginative act of stepping into the shoes of another person and looking at the world from their perspective – is a more popular concept today than at any point in human history. It’s on the lips of everyone from the Dalai Lama to agony aunts, from business leaders to happiness gurus. And it’s no surprise, since in the last decade neuroscientists have discovered that 98% of us have empathy wired into our brains: we are homo empathicus. Our selfish inner drives exist alongside a more cooperative, empathic self that seeks out human connection.

But do we actually need more empathy in our lives? I am convinced that we do. In part this is because of a growing global empathy deficit. In the United States, for instance, empathy levels have dropped nearly 50% over the past 40 years, with the steepest drop occurring in the last decade. It’s also because our current efforts to achieve human happiness are failing us. The headlong pursuit of high-consumption material lifestyles has left us hungry for more meaning in our lives. Job dissatisfaction is at record levels of around 60%. One in four people say there are lonely, and the same proportion will suffer a mental health problem at some point in their lives. This could hardly be described as a happy state of affairs.

We urgently need an antidote – and that antidote is empathy. But this leaves a question: how do we expand our empathic potential and bring the circuitry in our brains to life? My new book, Empathy: A Handbook for Revolution, aims to provide the answers, showing how empathy has the power to transform our relationships, from the personal to the political. So here are five ideas from the book for boosting your empathy quotient.

We all know, instinctively, that empathy is a great tool for maintaining healthy relationships. Just think of all those times you’ve been arguing with your partner and thought, ‘I wish he could see my point of view!’ or ‘Why can’t she understand what I’m feeling?’ What are you asking for? Empathy of course. You want them to step into your shoes, if only for a moment. That’s why it’s worth practising empathic listening. How do you do it? Next time things are getting tense with your partner, simply focus intently on listening to their feelings and needs – without interrupting (and this might just induce them to return the favour). You might even ask them to tell you about their feelings and needs. It’s amazing how doing this can prevent niggling annoyance turn into serious resentment or full-scale arguments. Ultimately, most of us just want to be listened to and understood.

2.Get curious about strangers

We need to take empathy out of the house and onto the streets by nurturing our curiosity about strangers. I recommend having a conversation with a stranger at least once a week. Make sure you get beyond everyday chatter about the weather and talk about the stuff that really matters in life – love, death, politics, religion. You might strike up a discussion with one of the cleaners at the office, or the woman who sells you bread each morning. It’s surprising how fascinating, energising and enlightening it can be to talk to someone different from yourself. Conversations with strangers can really help challenge our assumptions and prejudices about people, so we get beyond our snaps judgements about them based on their appearance or accent. And you never know – you might even make a new friend.

Back in the 1920s the writer George Orwell – who had a very privileged background and went to Eton – decided to rough it on the streets of East London, dressing up as a tramp and spending his time with beggars, unemployed labourers and homeless people. It was an experience that totally blew his mind, shifted his priorities in life and expanded his moral universe, as he revealed in his book Down and Out in Paris in London. We can all try out similar experiential empathic adventures. Maybe you could sign up to sleep rough for a night as part of a charity appeal for your local homeless shelter. Or if you are a strong believer in a particular religion, try a ‘God swap’ and spend a month going to the services of other faiths (and maybe a Humanist meeting too). Next time you are planning a holiday, don’t ask yourself, ‘Where can I go next?’ but instead ‘Whose shoes can I stand in next?’

Empathy isn’t just something that happens between individuals. It can also flower on a mass scale and start shifting the contours of society itself, creating a revolution of human relationships. Many of those who took part in the Occupy Movement and Arab Spring were motivated by empathy – empathy for those whose lives had been ravaged by the financial crisis, or who had suffered police brutality. An important way to boost your empathy levels is to join with others to take action on empathy-related issues that matter to you – whether it’s child poverty or the fate of future generations whose lives will be affected by our addiction to high-carbon lifestyles. Even taking part in your local choir or playing five-a-side football are ways to engage in communal activities that break down the barriers between people and promote a more empathic world.

5.Travel in your armchair

If all of this is sounding a bit strenuous, you can always throw a little ‘armchair empathy’ into the mix. This is about reading books and watching films that catapult our imaginations into other people’s lives that are vastly different from our own. Think of a movie like City of God, which reveals the violent world of two boys growing up in the shantytowns of Rio. Or the novel To Kill a Mockingbird, with its classic line, ‘You never really understand a person until you consider things from his point of view—until you climb inside of his skin and walk around in it.’ It isn’t always easy to find the most inspiring and powerful empathy books and films, which is why – alongside my new book – I’ve just founded the world’s first online Empathy Library. You’ll find the very best novels, non-fiction, kids’ books, feature films and video shorts all about empathy. You can also join up to add your own favourite items, and browse Top Ten Charts to give you new ideas for reading groups.

Now you’ve got some ideas for growing your empathy, let me leave you with a question. Who in your life do you need to develop more empathy with – and how might you go about doing it?”

See and read the original article:

Five Ways to Grow Your Empathy

How to start an empathy revolution: Roman Krznaric at TEDxAthens 2013 - YouTube

For the Common Good: Unleashing the Power of Passion & Purpose

The Story of the GCGI 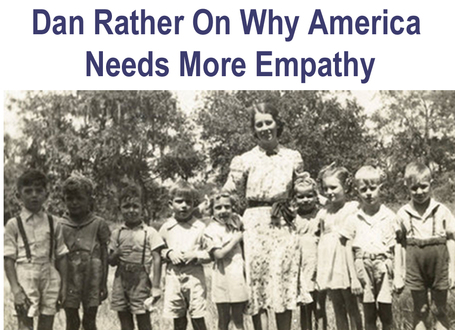 The culture of empathy I remember growing up during the Great Depression taught us that those who were suffering weren’t lazy or lacking the desire to do better — fate had the potential to slap any of us.

I am not sure if the word empathy was in either of my parents’ vocabularies. It wasn’t the kind of word one heard growing up in my neighborhood in Houston. But my parents taught me about the importance of empathy through their words and deeds. And they made it clear that it was part of the glue that held together our family, our neighborhood, our community, and the United States itself.

“These acts of kindness were also not unusual among neighbors. Necessity was a great motivator for innovation and empathy.”

“It is perhaps not surprising that Nazi Germany and Imperial Japan looked at a nation so traumatized and felt they could defeat us. Of course history turned out differently. The same generation that had been driven to such depths in the 1930s rose up to push back the forces of totalitarianism in a two-ocean global war in the 1940s. Perhaps those authoritarians, who felt no empathy for their own people or those they conquered, underestimated the strength of our empathy.

Empathy builds community. Communities strengthen a country and its resolve and will to fight back. We were never as unified in national purpose as we were in those days. What had weakened us had also made us stronger.”

“I worry that our nation today suffers from a deficit of empathy, and this is especially true of many in positions of national leadership. “

“Empathy is not only a personal feeling; it can be a potent force for political and social change. And thus the suppression or denial of empathy is a deliberate part of a cynical political calculus. Dividing people and stoking animosity can pave a path to power (and in this most recent election, it has).”