What it is to live well?

Throughout centuries this has been the biggest of the Big Questions: How to lead a good, happy, useful and worthwhile life?

This is how Marsilio Ficino answers this question.

But first, who was Marsilio Ficino?

“Marsilio Ficino was a Florentine philosopher, translator, and commentator, largely responsible for the revival of Plato and Platonism in the Renaissance. He has been widely recognized by historians of philosophy for his defense of the immortality of the soul, as well as for his translations of Plato, Plotinus, and the Hermetic corpus from Greek to Latin. Ficino is considered the most important advocate of Platonism in the Renaissance, and his philosophical writings and translations are thought to have made a significant contribution to the development of early modern philosophies. In addition to the Platonic Theology, Ficino also composed extensive commentaries on Plato and Plotinus, wrote a practical medical treatise, and carried on a voluminous correspondence with contemporaries across Europe.”

Now let us see what Ficino’s answer is. This can be found in a letter he wrote to his Girolamo Pasqualini:

‘Greetings. You ask what it is to live well. Nothing is more profitably sought.

To live well, then, is to understand what is true; to take good counsel; to desire what is good; and to perform good acts.

The first is a quality of wisdom; the second, of prudence; the third, of justice; and the fourth, of perseverance.

The first comes from God; the second, from the first; the third, at once from God and man; and the fourth from the third.

Farewell, and live as a man. Give my greetings to those pious men, Neri and Francesco Rinuccini.’

Letter 79, Volume 1, The Letters of Marsilio Ficino, Published by Shepheard-Walwyn 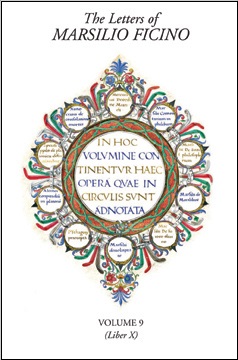