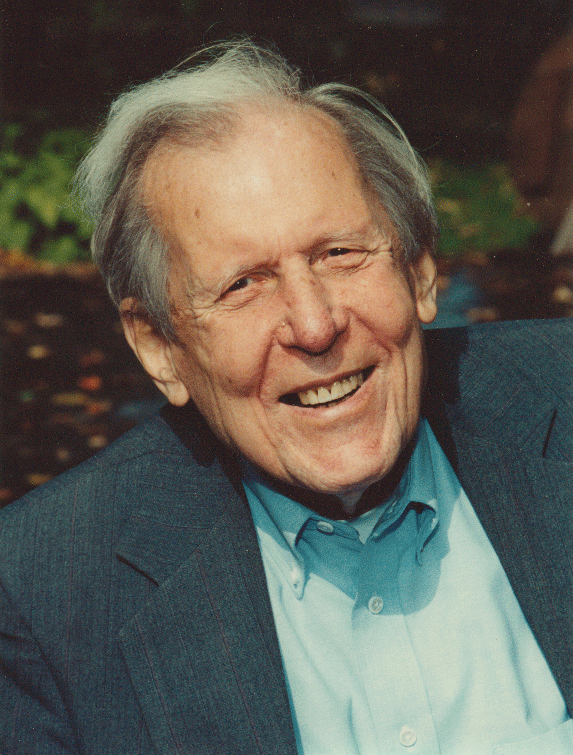 “All creatures of Earth are looking to us for their destiny.  Among these are our children and grandchildren, who depend on our decisions for the sustenance and flourishing of the life systems of the planet.  This remains one of our primary challenges in the twenty first century.”-Father Thomas Berry, Evening Thoughts

In the words and sentiments of Patrick Tolan:

“While this humble tribute can’t approach the eloquence of Thomas Berry, whose prose was “more akin to that of poetry, art, myth, or storytelling,” it can help to introduce those who don’t know Thomas Berry to his life and work, and can serve to remind those who knew him of what made him so special. “Beloved friend and companion,” “priest, prophet and seer,” “renowned scholar,” “thinker,” “Brother”; “[h]e was the truest man I ever knew.”  These testimonies at Thomas’s funeral in Greensboro, Vermont, tell volumes about a man who epitomized truth and love.”-Patrick Tolan, Earth Jurisprudence and Environmental Justice Journal+ 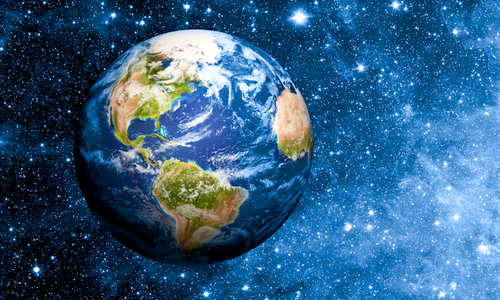 As our home- the planet earth- faces the most dangerous century in its 4.5bn-year history, we look at Thomas Berry for his wise and passionate guidance on what does the future hold for our small blue planet and its inhabitants?

"It's the mystique of the mountains and the birds, the sea -- it's what makes us sing. It's what makes our literature. Even though we have worked out a mechanics that is fairly helpful, it doesn't give us an interior world. The natural world gives us an interior world. It gives us a healing presence, a fulfilling presence. By the term `presence' I mean that indwelling quality that manifests itself throughout the natural world. We find this awesome presence in the sun and moon and stars in the heavens, in the mountains and seas of Earth, in the dawn and sunset, in the forests and meadows and wildlife. We are immersed in an ever-renewing wonder-world that evokes our music and dance, our poetry and literature as well as our philosophical reflection and our scientific inquiry. None of our industrial productions brings such inspiration as we obtain from these sources."-Thomas Berry

“Thomas Berry was a Catholic priest of the Passionist order, cultural historian and ecotheologian (although cosmologist and geologian – or “Earth scholar” – were his preferred descriptors). Among advocates of deep ecology and "ecospirituality" he is famous for proposing that a deep understanding of the history and functioning of the evolving universe is a necessary inspiration and guide for our own effective functioning as individuals and as a species. He is considered a leader in the tradition of Teilhard de Chardin.

Berry believed that humanity, after generations spent in self-glorification and despoiling the world, is poised to embrace a new role as a vital part of a larger, interdependent “communion of subjects” on earth and in the universe.

Berry said the transformation of humanity’s priorities will not come easily. It requires what he called “the great work” — the title of his last major book — in four institutional realms: the political and legal order; the economic and industrial world; education; and religion.”

Berry was born in Greensboro, North Carolina in 1914. From his academic beginnings as a historian of world cultures and religions, Berry developed into a historian of the Earth and its evolutionary processes.

He received his PhD in European Intellectual History with a thesis on Giambattista Vico's philosophy of history. Widely read in Western history, he also spent many years studying the cultural history of Asia. He lived in China and traveled to other parts of Asia. He authored two books on Asian religions, Buddhism and Religions of India (distributed by Columbia University Press).

For two decades, he directed the Riverdale Center of Religious Research along the Hudson River just north of New York City. During this period he taught at Fordham University where he established and chaired the history of religions program. He attracted students from all over North America and directed some 25 doctoral theses. Along with Ted deBary he founded the Asian Thought and Religion Seminar at Columbia.

In 1995 he “retired” to his home city of Greensboro, North Carolina, where he continued to write, lecture, and receive visitors. His major contributions to the discussion on the environment are in his books The Dream of the Earth (Sierra Club Books, 1988 reprinted, 2006), The Great Work: Our Way into the Future (Random House, 1999) and, with Brian Swimme, The Universe Story (Harper San Francisco, 1992). Sierra Club Books and University of California Press jointly published his collection of essays, Evening Thoughts: Reflecting on Earth as Sacred Community in 2006.”*

It’s all a question of story

“We are in trouble just now because we are in between stories. The Old Story—the account of how the world came to be and how we fit into it—sustained us for a long time. It shaped our emotional attitudes, provided us with life purpose, energized action, consecrated suffering, integrated knowledge, guided education. We awoke in the morning and knew where we were. We could answer the questions of our children. We could identify crime, punish transgressors. Everything was taken care of because the story was there. But now it is no longer functioning properly, and we have not yet learned the New Story.”

And now the New Story

“Here we might observe that the basic mood of the future might well be one of confidence in the continuing revelation that takes place in and through the Earth. If the dynamics of the universe from the beginning shaped the course of the heavens, lighted the sun, and formed the Earth, if this same dynamism brought forth the continents and seas and atmosphere, if it awakened life in the primordial cell and then brought into being the unnumbered variety of living beings, and finally brought us into being and guided us safely through the turbulent centuries, there is reason to believe that this same guiding process is precisely what has awakened in us our present understanding of ourselves and our relation to this stupendous process. Sensitized to such guidance from the very structure and functioning of the universe, we can have confidence in the future that awaits the human venture.”** -Thomas Berry, “The New Story,” in The Dream of the Earth

A FEW GEMS FROM THOMAS BERRY

"For peoples, generally, their story of the universe and the human role within the universe is their primary source of intelligibility and value. Only through this story of how the Universe came to be in the beginning and how it came to be as it is does a person come to appreciate the meaning of life or to derive the psychic energy needed to deal effectively with those crisis moments that occur in the life of the individual and in the life of the society. Such a story . . . communicates the most sacred of mysteries. . . . Our story not only interprets the past, it also guides and inspires our shaping of the future."

"Both education and religion need to ground themselves within the story of the universe as we now understand this story through empirical knowledge. Within this functional cosmology, we can overcome our alienation and begin the renewal of life on a sustainable basis. The is story is a numinous revelatory story that could evoke the vision and the energy required to bring not only ourselves but the entire planet into a new order of magnificence."

"Our present urgency is to recover a sense of the primacy of the Universe as our fundamental context, and the primacy of the Earth as the matrix from which life has emerged and on which life depends. Recovering this sense is essential to establishing the framework for mutually enhancing human–Earth relations for the flourishing of life on the planet."

"We have a new story of the Universe. Our own presence to the Universe depends on our human identity with the entire cosmic process. In its human expression the Universe and the entire range of earthly and heavenly phenomena celebrate themselves and the ultimate mystery of their existence in a special exaltation. . . . Science has given us a new revelatory experience. It is now giving us a new intimacy with the Earth."

"If the Rhine, the Yellow, the Mississippi rivers are changed to poison, so too are the rivers in the trees, in the birds, and in the humans changed to poison, almost simultaneously. There is only one river on the planet Earth and it has multiple tributaries, many of which flow through the veins of sentient creatures."

"All human activities, professions, programs, and institutions must henceforth be judged primarily by the extent to which they inhibit, ignore, or foster a mutually enhancing human/Earth relationship." 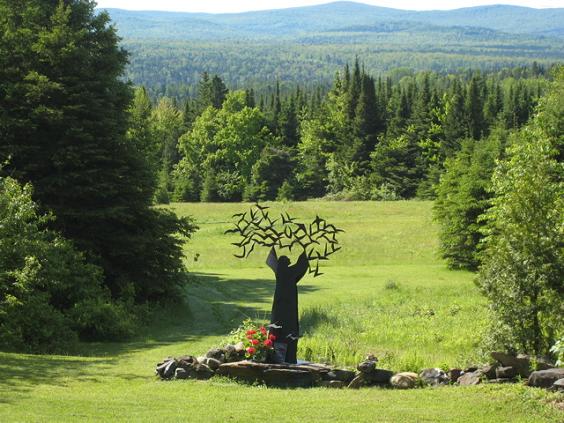 “God give new life To this planet To the Earth Community To all children of the future Send your spirit In its fullness That we may awaken As one planetary body.”-Prayer from Thomas Berry’s burial service in at Green Mountain Monastery, Greensboro, Vermont, 8 June 2009

+ Continuing the Great Work:  A Tribute to Thomas Berry

Thomas Berry, Writer and Lecturer With a Mission for Mankind, Dies at 94

Sustainable Development Goals: Where is the Common Good?