How to defeat hatred and fear: Don't Despair Walk On 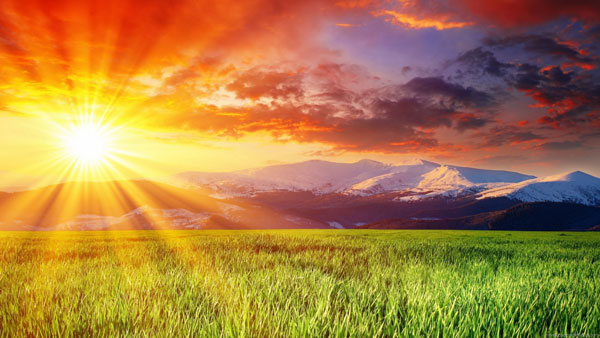 In my desperation to fathom out and understand better the rise of rightwing populism, Brexit, Trump, and more, I began to search for wisdom to see the light, brightening the darkness that these have brought to our world.

I began to recall the wisdom of those before me, and I discovered a few sages whose thoughts, wise and kind words, affected me, calmed me, removed my fears and gave me hope that, I must not despair, I must walk on.

The first gem I discovered is a most beautiful and timely poem from Hafez, the 14th century Persian philosopher of love, a seeker of wisdom who became a poet of genius, a lover of truth who has transcended the ages. May this poem be a source of hope and inspiration to us, as we must remain positive; we must remain hopeful.

Josef to his father in Canaan shall return, don't despair walk on;

and Jacob's hut will brighten with flowers, don't despair walk on.

the disparate mind will be pacified, don't despair walk on.

As the spring of life grows the newly green meadow,

If the world does not turn to your whims these few days,

cosmic cycles are preparing to change, don't despair walk on.

If desperation whispers you will never know God,

it's the talk of hidden games in the veil, don't despair walk on.

O heart, when the vast flood slashes life to its roots,

If you trek as a pilgrim through sands to Kaabeh,

with thorns lodged deep in your soul shouting why, don't despair walk on.

Though oases hide dangers and your destiny's far,

there's no pathway that goes on forever, don't despair walk on.

My trials and enemies face me on their own,

but mystery always backs up my stand, don't despair walk on.

Hafez, weakened by poverty, alone in the dark,

this night is your pathway into the light, don't despair walk on.

(Reprinted from: Hafez: Teachings of the Philosopher of Love )

The second gem I wish to recall is Edmund Burke, a hugely influential Anglo-Irish politician, orator and political thinker, which I had written about in 2013: The philosopher Edmund Burke reminds us of the threat to society from rampant individualism

Today, I want to share with you a few of his wise, timely and highly relevant quotes to inspire us on our struggle to face the evil of populism which so tragically is once again on the rise in different parts of the world:

“The only thing necessary for the triumph of evil is for good men to do nothing.”

“Those who don't know history are doomed to repeat it.”

“No power so effectually robs the mind of all its powers of acting and reasoning as fear.”

“Liberty does not exist in the absence of morality.”

“But what is liberty without wisdom and without virtue? It is the greatest of all possible evils; for it is folly, vice, and madness, without tuition or restraint. Those who know what virtuous liberty is, cannot bear to see it disgraced by incapable heads, on account of their having high-sounding words in their mouths.”

“Nobody made a greater mistake than he who did nothing because he could do only a little.”

“Ambition can creep as well as soar.”

“Rudeness is the weak man’s imitation of strength.”

“Whoever undertakes to set himself up as a judge of Truth and Knowledge is shipwrecked by the laughter of the gods."

“Justice is itself the great standing policy of civil society; and any imminent departure from it, under any circumstances, lies under the suspicion of being no policy at all.”

“There is no safety for honest men except by believing all possible evil of evil men.”

“The people never give up their liberties but under some delusion.”

“It is our ignorance of things that causes all our admiration and chiefly excites our passions.”

“Our patience will achieve more than our force.” -Edmund Burke Quotes

The pertinent question now is: What is to be done? How might evil forces be defeated?

Given the wisdom of the sages noted above, we cannot defeat evil be becoming one like them. Here, I am reminded of the wise words of another Persian sage, Rumi, who encouraged us to “Let the beauty we love be what we do”.

This why I wish to share the values of the GCGI with you, as an example of the way we have let the beauty of we love be what we do. This, I believe should be the path chosen by all those who wish to fight and defeat populism, arrogance, hatred, injustice and evil thoughts and actions:

We value caring and kindness

We value passion and positive energy

We value service and volunteerism

We value simplicity and humility

We value trust, openness, and transparency

We value harmony with nature

We value teamwork and collaboration

We value challenge and excellence

We value fun and play

We value curiosity and innovation

We value health and wellbeing

We value a sense of adventure

We value people, communities and cultures

We value friendship, cooperation and responsibility.- Our GCGI Values

Good ideas will drive out the bad

Imagine a political system that puts the public first.  Imagine the economy and markets serving people rather than the other way round.  Imagine us placing values of respect, fairness, interdependence, and mutuality at the heart of our economy. Imagine an economy that gives everyone their fair share, at least an appropriate living wage, and no zero-hour contracts.  Imagine where jobs are accessible and fulfilling, producing useful things rather than games of speculation and casino capitalism.  Imagine where wages support lives rather than an ever expanding divisions and separations between the top 1% and the rest.  Imagine a society capable of supporting everyone’s needs, and which says no to greed.  Imagine unrestricted access to an excellent education, healthcare, housing and social services.  Imagine hunger being eliminated, no more food banks and soup kitchens.  Imagine each person having a place he/she can call home.  Imagine all senior citizens living a dignified and secure life.  Imagine all the youth leading their lives with ever-present hope for a better world.  Imagine a planet protected from the threat of climate change now and for the generations to come. Imagine no more wars, but dialogue, conversation and non-violent resolution of conflicts.

This is the world I wish to see and I believe we have the means to build it, if we take action in the interest of the common good.

We must begin to think seriously, to ponder and reflect together on Life’s Big Questions, questions of meaning, values and purpose:

How can we do well in life by doing good? How can we become agents of change for the common good? How to spark a new public conversation framed around human dignity and the common good?  Human beings have explored these many questions of value through religion, philosophy, the creation of art and literature, and more. Indeed, questions of value have inaugurated many disciplines within the humanities and continue to drive them today. Questions about values and valuing are fundamental to being human, but are rarely the subject of explicit public reflection.

The future is indeed fraught with environmental, socio-economic, political, and security risks that could derail the progress towards the building of “The Future We Want”. However, although these serious challenges are confronting us, we can, if we are serious and sincere enough, overcome them by taking risks in the interest of the common good.

One thing is clear: the main problem we face today is not the absence of technical or economic solutions, but rather the presence of moral and spiritual crises. This requires us to build broad global consensus on a vision that places values such as love, generosity and caring for the common good into socio-political and economic practice, suggesting possibilities for healing and transforming our world.

In short, this is the way I fight for a better world. I hope it is the same for you too.