Happy Norouz: It's nature's time for renewal, rejuvenation and happiness

Coronavirus and the hopeful, healing message of the Persian New Year (Norouz)

The World Health Organisation (WHO) calls Covid-19 'enemy against humanity'

Norouz- The seeds of a New Day, Celebration of our Common Humanity

The Sprouting Seeds of Hope and Humanity 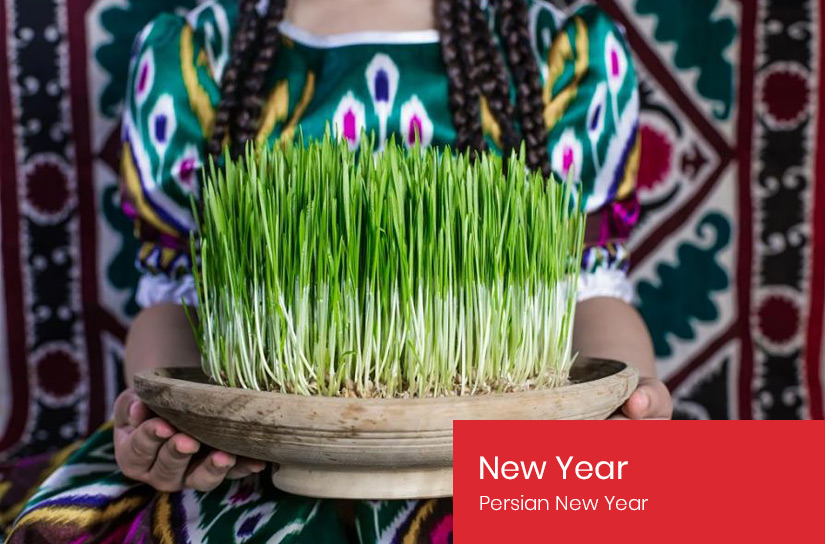 'Norouz, literally meaning “a new day,” has through the ages lived up to its name in wondrous ways. It has provided the supreme occasion for renewal and rejuvenation, for displaying new resolve in settling old issues, and for making new beginnings. The secret power behind Norouz’s’s inexhaustible appeal to the human mind resides in a simple truth: the human need to imagine a ritual that celebrates not this or that nation, people, or culture, but the core of our common humanity. Norouz does so through our tendency to contemplate nature as it puts on its most magnificent dress at springtime and to think about the relationship between the human community and Mother Nature. Nature’s mysterious ability to renew itself every year thus becomes the manifestation of all our human yearnings.'

Originating in Iran’s ancient history, Norouz (The New Day) is celebrated by more than 300 million people worldwide on March 20, the day of the spring Equinox, which marks the sun’s crossing of the Equator and the start of spring in the Northern Hemisphere. Norouz is one of the oldest and most cherished festivities celebrated anywhere in the world for at least 4,000 years, perhaps more.

Norouz is a message of Hope, beauty, peace, friendship, benevolence, justice for humankind and admiration for nature and it is an opportunity for rethinking, restarting and remaking.

March 20, Norouz, is also the International Day of Happiness, as declared by the United Nations.

Sadly this year, this beautiful, inspiring day of celebration is marred by the global uncertainties, fear and anxiety over Coronavirus. Perhaps, for the first time in modern history, Iranians are going to experience an unprecedented New Year in which there will be no presents, gatherings, parties or ajil, a traditional mixture of nuts, seeds and dried fruits eaten at this time of year.

I hope, this notwithstanding, will be the day that, the spirit of the spring resurrection, Norouz, and the international day of happiness, will galvanize us all with the hope that better days are yet to come.

How do we face coronavirus? Hopefulness is the Answer.

‘It is hope that can give meaning to life and  give us the courage to continue on our way into the future together.’

We must not despair, we must walk on

Ferdowsi the great Iranian epic poet described this auspicious event, the Noruz, in Shahnameh: The Epic of the Persian Kings

On Jamshid as the people jewels streamed,

They cried upon him that New Year beamed

On Farvardin Hormuz in this bright New Year

Bodies were freed from pain all hearts from fear

He sat resplendent on the throne in light

In the wise words of Hafez, the Persian sage of love and wisdom, we must not despair, but walk on. This is the meaning of life, and the true meaning of Norouz.

And now see more about Norouz and its message of Hope and Friendship, relevant today more than ever before, in a world of pandemic, portent, self-isolation, social distancing and lockdown. 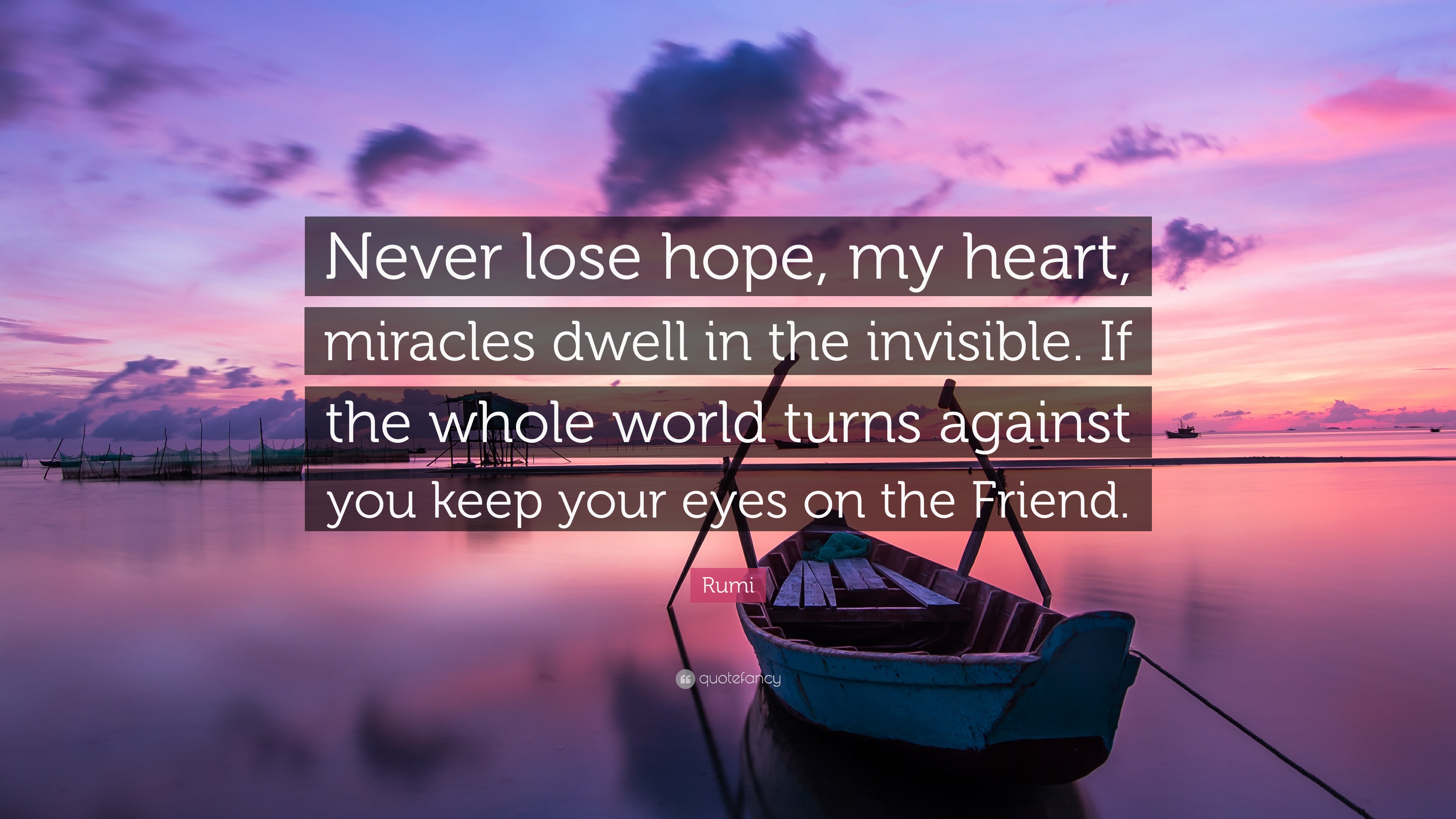 'Nowruz is a relic of past days, a remnant from the dawn of human civilization. It removes religious, cultural, lingual, and national boundaries and connects the hearts of millions of people who want to take part in a unique ceremony marking not only the beginning of New Year, but the end of the distressed winter and arrival of the delightful spring. It’s not simply a source of honor for Iranians who observe and celebrate it, but an opportunity for the congregation and solidarity of all the peace-loving and peace-making nations around the world.’-Foreign Policy Journal

Darius the Great receiving greetings and gifts from governors and ambassadors. 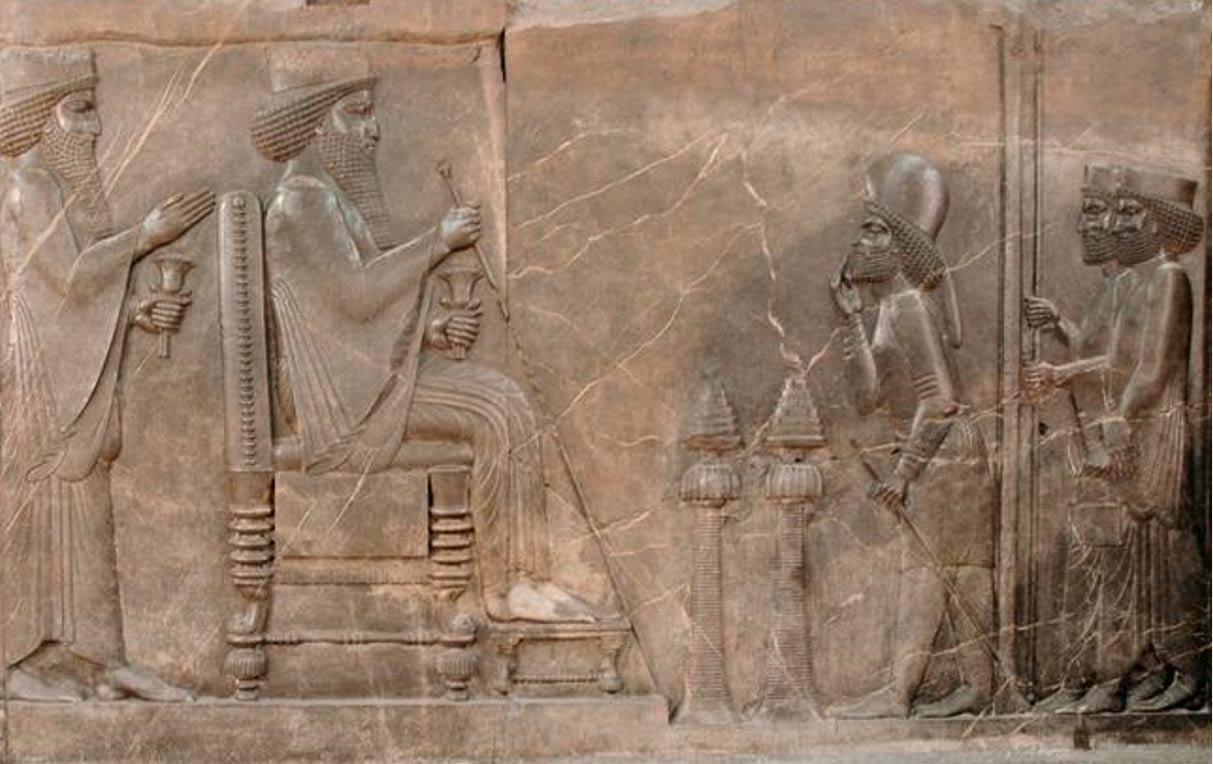 Nowruz, known as the Persian new year, is one of the most ancient celebrations in history and has been celebrated for around 4000 years in what is now Iran and in the extended cultural area known as Greater Iran, the Persian Empire. However, some history experts believe that Nowruz has been enshrined and observed for more than 15,000 years, well before the official establishment of the Persian Empire.

Norouz is an ancient celebration with the spring equinox as the main event occurring on 20 or 21 March every year. During ancient times, Persian kings greatly emphasized the importance of this event and invited people from around the empire who were of different ethnicities and followers of different religions, to the royal court for celebrations and receiving gifts. After thousands of years, Nowruz remains to be the most important celebration for Iranians as well as for around 300 million people in the neighboring countries of Iran, who together celebrate the arrival of spring and the rebirth of nature.

It’s Time To Renew our Lives

"And as it is for spring flowers, so it is for us.”

“Whether we know it or not, our lives are acts of imagination and the world is continually re-imagined through us.”

Deep in the recesses of our hearts, a voice cries out. A fire awaits to be reignited, driving us to change. 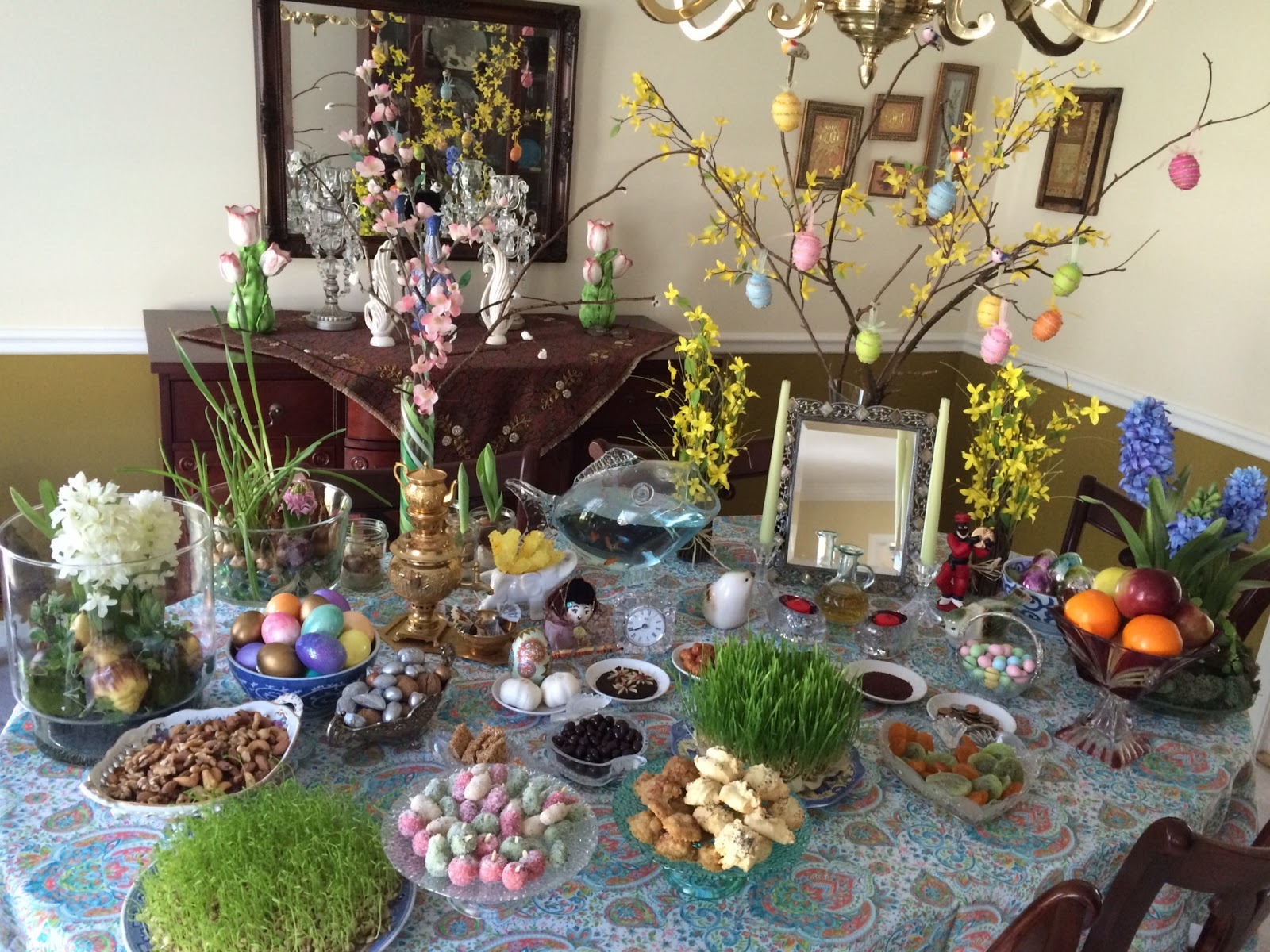 What is Haft Seen (which literally means “seven S’s”)? 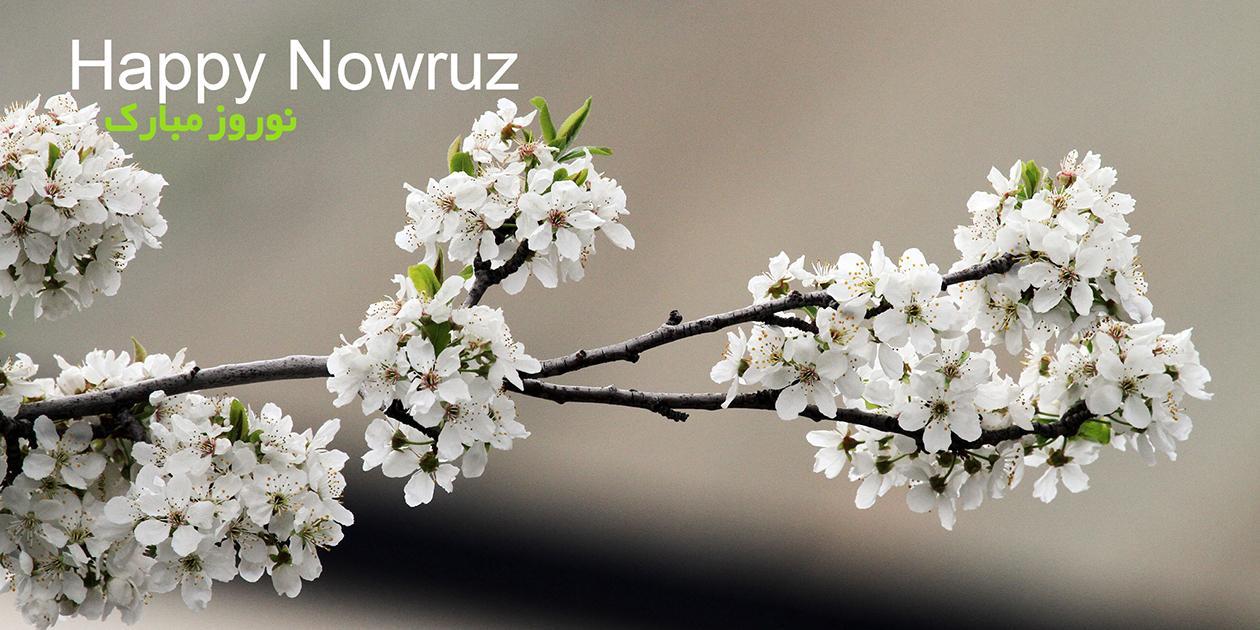 In harmony with the rebirth of nature, the Persian New Year Celebration, or Norooz (Norouz), always begins on the first day of spring (20 or 21 March, depending on where it is observed). Norooz ceremonies with thousands of years history are symbolic representations of two ancient concepts - the End and the Rebirth; or Good and Evil.

With various local pronunciations and spellings, Norooz, meaning 'New Day' is the traditional Iranian new year holiday celebrated by Iranian people and initiated in Ancient Iran. Apart from Iran, the celebration has spread in many other parts of the world (specially the parts which belonged to the Greater Iran) including parts of West Asia, Central Asia, South Asia, Northwestern China, the Caucasus, between kurdish population of Turkey, the Crimea, Albania, Bosnia, Kosovo and the Republic of Macedonia, amongst others.

The term Nowruz first appeared in Persian records in the second century AD, but it was also an important day during the time of the Achaemenids (c. 648-330 BC), where kings from different nations under the Persian empire used to bring gifts to the emperor (Shahanshah) of Persia on Nowruz.

We wish you all a very Happy Norouz. Hope this year will bring you much happiness and well-being, joy, contentment and inner peace. This journey we call life, is too short, too unpredictable and too fragile. Thus, let us come together in the time-honoured tradition of Norouz declaring our love for each other, our love for nature and our kinship for all living things. Happy Norouz, Happy New Year.

Watch a short video on Norouz

How to celebrate Persian New Year

Read a bit more about Norouz

It is heartening to note that the Day that Norooz is celebrated (March 20) has been declared the International Day of Happiness by the United Nations. See below: